A junior doctor has killed herself, leaving a message to Jeremy Hunt in her suicide note - The Canary 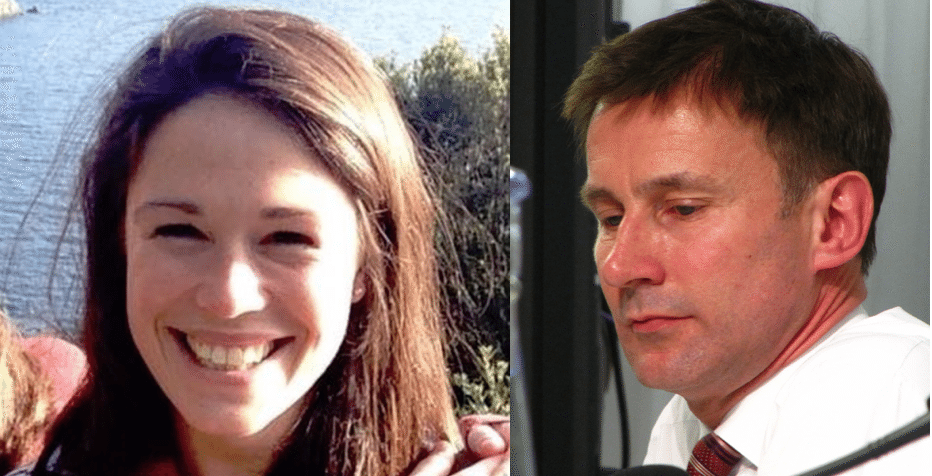 The body of a woman washed up in Dorset has been formally identified as 25-year-old junior doctor Rose Polge – a note left behind in her car sent a message to Health Secretary Jeremy Hunt.

As the BBC reports:

The body of Dr Polge, 25, who worked at Torbay Hospital in Devon, was recovered from the sea east of Portland Bill headland on 1 April.

The doctor’s car was found in February at Ansteys Cove near Torquay, the town where she worked.

Devon and Cornwall Police have confirmed Dr Polge has now been formally identified.

Dr Polge was reported missing from Torquay on 12 February, when she walked out of hospital half way through her shift. Concerns have been growing for her safety ever since. It is reported that the junior doctor specifically mentioned Health Secretary Jeremy Hunt in a suicide note left in her car, along with the pressure of working long hours and potential pay cuts.

Dr Polge had been actively engaged in the junior doctors struggle against Mr Hunt’s plans to increase working hours and reduce pay and conditions for junior doctors. In January, she posted a new Facebook profile picture, featuring the hashtag #NotFairNotSafe. The hashtag was used by junior doctors to explain the risks of forcing them to perform operations while under stress and with little sleep.

The tragic death of Dr Polge comes at the same time as a devastating survey by Cardiff University, which found that of almost 2,000 British doctors engaged, 60% had experienced mental illness (82% for doctors working in England).

As one doctor told the Guardian, he found himself considering jumping in front of a bus five years ago – having never felt suicidal before. He sought help and his mental health improved, but he has found himself dragged back by the same stresses during the fight with Jeremy Hunt.

“The NHS wears you down,” he says. “It depends on people going the extra mile and staying late, but you can’t do that when you just want to curl up and cry.”

“This last year the atmosphere at work has become toxic. My wife, another junior doctor, and I are both now back on antidepressants.”

A 30-year-old trainee pediatrician from Manchester who suffers with anxiety says:

“We are asked to work longer and harder for less – and so what? So are many people. But our days involve things like telling a family that their baby will die in their arms, or fighting to save a septic toddler, or being covered in vomit or blood … sometimes you don’t sleep because you might have made a mistake. We are all at breaking point.”

Brye, 37 from the south-west says:

“The underlying problem cannot be resolved. That is that the NHS is under-resourced and that staff who have been working with a blitz-mentality for years are told that they must do more and are frequently criticised in the media. Politicians promise more and more for less and less, all of which rubs off on patients’ attitudes to staff.”

Mental health and wellness is complex, and people rarely commit suicide or suffer mental health crises over one event or issue alone. As the Samaritans state: 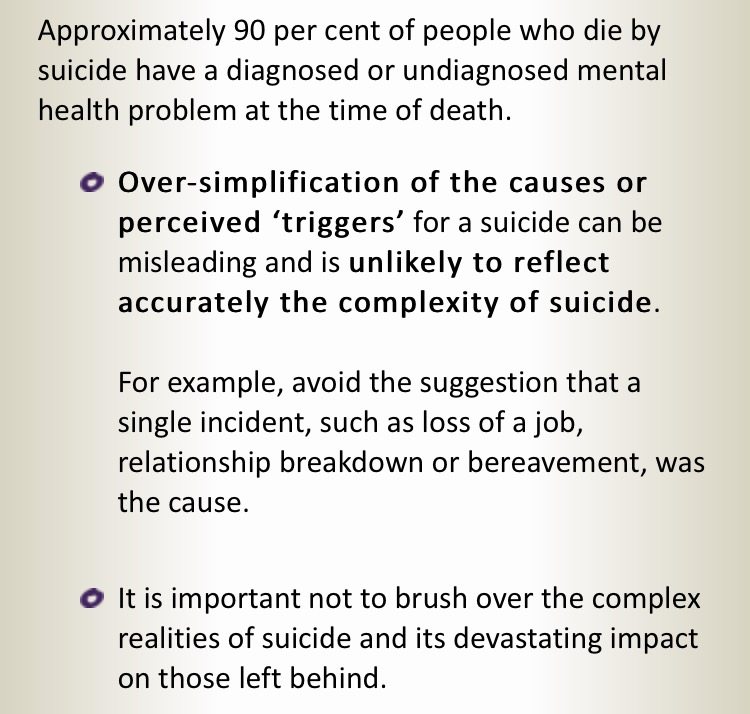 However, what must be acknowledged is that Jeremy Hunt is providing the kind of stresses on junior doctors which can foster and exacerbate mental health crisis. Stresses like long working hours, lack of sleep, the financial concerns associated with reduced pay and conditions, and the creation of a hostile working environment.

If Jeremy Hunt had a shred of dignity or respect, he would hand in his resignation today.

What makes matters worse, is that this is not just happening with Jeremy Hunt and the NHS. A report, by researchers at Oxford and Liverpool universities, found links between austerity policies and mental health crises and suicide.

The report found that the stress of during the Atos Work Capability Assessment (WCA) process was the likely cause of 590 suicides and 279,000 cases of mental illness. It was also linked to an additional 725,000 antidepressants that were prescribed. Experts warned that the WCA may have “serious consequences” if people are moved off benefits. They went on to say:

Such reckless disregard for the lives and livelihoods of British people renders the government unfit for purpose. The sooner they are removed from power, the better for the majority of people across the country.

–Support The Canary so we can continue to raise awareness of the issues.

–Write to your MP to demand they support the junior doctors.

–Express solidarity with the junior doctors on Twitter with #JuniorDoctorsStrike.

If you or someone you know is experiencing depression, anxiety, or any mental health issue, please don’t suffer alone. Call the Samaritans for free on 116 123.