If this is the Tories' excuse for major election fraud, they're in serious trouble - Canary Workers’ Co-op 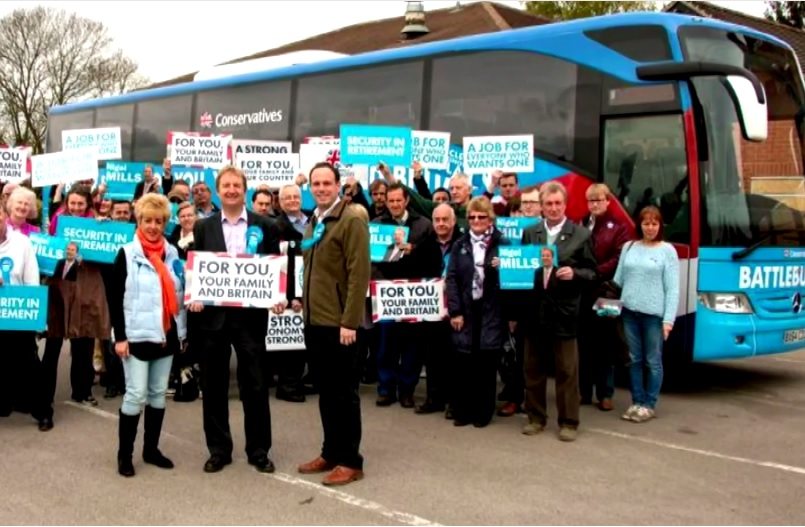 An investigation into alleged Conservative party electoral fraud in the run-up to the 2015 general election just gained serious momentum. The Conservative party has acknowledged the explosive new revelations and have, in part, tried to dismiss them as an “error”.

But the case for fraud is compelling, as the new evidence suggests that there was illegal campaign spending in more than 20 of the seats won by the Tories. And if these allegations hold water the fallout could destroy the party’s slim majority in parliament, and remove the Conservatives from power.

The Conservative party is already facing a probe by the Electoral Commission for overspending by thousands of pounds in by-elections in 2014. But the startling new discovery by Channel 4 News relates to the Tories’ much lauded 2015 BattleBus, which scuttled activists around the country in the lead-up to the general election.

In the UK, there are strict rules governing campaign spending. There is also a marked distinction between spending on a national and a local level. The Conservatives maintain that Conservative Campaign Headquarters (CCHQ), and its 2015 BattleBus, campaigned:

across the country for the return of a Conservative Government. Such campaigning would be part of the national return, not local return, as the Electoral Commission has said.

The BattleBus costs were declared on the party’s national return, according to a Conservative spokesperson. But Channel 4 News has revealed that there is ample evidence the BattleBus occupants were canvassing on the ground for the party’s local candidates. In which case the money spent on this campaigning should have been declared on local returns, and would have pushed many constituencies over the legal funding limit.

The evidence includes pictures of the BattleBus activists promoting local candidate’s literature in constituencies. It also features social media posts which explicitly state they were campaigning for the local candidate:

1,300 voters talked to on the doorstep in Amber Valley today for @VoteNigelMills!

Additionally, there is proof of direct instruction from senior party officials to advocate the local candidate when speaking to voters, such as this suggested script that was given to activists: 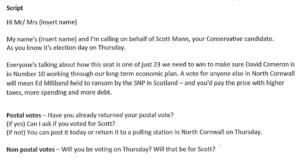 And Maher Kahtan, who travelled on the bus, said:

When we travelled to any constituency we were talking about the same candidate, and we encourage the people to vote for the candidate.

In light of such extensive proof, it is difficult for the Conservative’s to justify placing these costs under a national funding banner. The limit on local campaigning is around £15,000 in most constituencies. So, when these additional BattleBus costs are added to that spending it takes around 22 of the Tories current seats into illegal territory, according to Channel 4 News.

Furthermore, although the costs of the actual bus were declared, Channel 4 News discovered that the Conservatives failed to declare more than £38,000 in accommodation costs for the BattleBus campaigners as they were travelling around the country. A Conservative party spokesperson explained:

due to administrative error it [CCHQ] omitted to declare the accommodation costs of those using the vehicles.

Such an omission is deeply suspicious in these circumstances. Failing to declare the accommodation expenses, either on a national or local level, could have easily seen them slip through under the radar. Indeed, that may have happened had Channel 4 News, and previously The Mirror, not launched an investigation into these electoral campaigns.

Calls are now coming thick and fast for a criminal investigation into the scandal, and for good reason. Cameron himself credited the BattleBus’ ‘RoadTrip 2015’ with winning the election for the Tories. And many of the fraud allegations pertain to marginal seats in the South West, the Midlands and the North where the vote could have gone either way.

The campaign funding rules are in place to stop parties using money to stack the vote in their favour. It ensures an equal playing field, where democracy can function and people can vote freely. Anyone who flouts that should be held to account, through criminal charges and a declaration of those illegally-gained seats as invalid.

But with the Tories now literally running scared from the issue, it’s time for our institutions to step in. We can not allow the matter to be brushed under the carpet, like Parliament’s standards commissioner just did in the case of Cameron’s tax affairs. Free, fair and open elections are a fundamental part of democracy. Without them, we cannot claim to be one.

Demand an investigation into these claims through your MP, or the police if you are one of the constituencies affected.

Learn more about the electoral process from the Electoral Reform Society.

Keep up to date with #electionexpenses news on Twitter.

Support The Canary so we can continue holding the government to account.