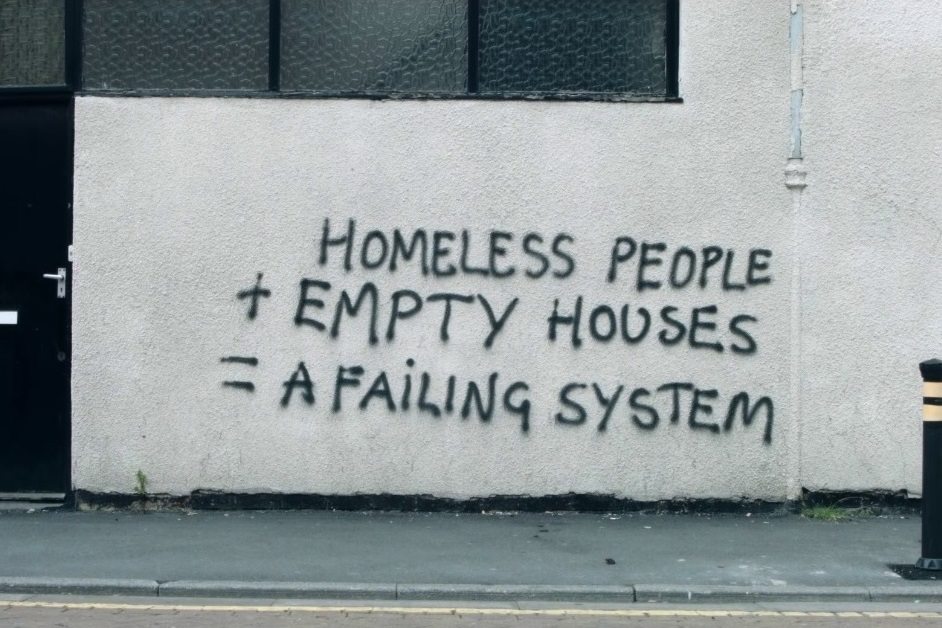 In 2015, 24% of eligible voters in the UK voted for the Conservative party to run the country. But it wasn’t just establishment politics leaving people feeling unrepresented after these elections. The representation of ordinary people in music also left a lot to be desired. And for this reason, one group has done its best to smash through the pomp of the music world with a dose of angrily explicit insight.

In October 2015, a documentary called Invisible Britain was released. This film followed music group Sleaford Mods through some of the British towns that have been worst affected and left behind the most by Tory economics. The tour took place in the run-up to the 2015 General Election.

The decision to undertake this tour came at a time of rising homelessness, which has more than doubled since 2010, and a tenfold increase in the use of food banks since David Cameron became Prime Minister. And with a barrage of misinformation from Europe’s most biased and right-wing media, those fighting for change still represented a minority of the population.

Who are Sleaford Mods?

Sleaford Mods are a music group composed of vocalist Jason Williamson and musician Andrew Robert Lindsay Fearn which is based in Nottingham. Once a benefits adviser by day, Williamson has been praised by the Guardian as a “lone voice of working-class political disaffection in contemporary pop”. And it’s not hard to see why when the vocalist makes statements like this:

there really is no future for a lot of people out there… They work shit jobs all their life and take the piss out of each other to get by… it’s that experience I want to articulate and that humour I hold close to myself.

Williamson speaks very bluntly in his songs about the reality around him, and is not afraid to swear where appropriate. And his raw and passionate social commentary has resonated with many working class citizens in the UK – who have felt underrepresented and marginalised by the polished and out of touch pop music in the charts.

Insisting that citizens who aren’t angry at the state of politics in Britain today simply aren’t paying attention, Williamson says in the film:

we’ll accept anyone at the gigs… apart from the Tories

Here are a couple of Sleaford Mods tracks:

Is there any hope behind the anger?

Invisible Britain insists that capitalism only works for the people at the top of society.  It also shows little to no faith in the current political establishment. Only when Jeremy Corbyn was overwhelmingly elected as Labour leader in September 2015 did a sense of hope for change in Westminster enter Williamson’s rhetoric. After the election, he said the Islington MP:

just reeks of compassion, you know, that’s what you want

But the film itself places most of its hope in community organisations that have been fighting back against injustice. Through protests, campaign-based activism, and independent media critiques, it says, the voices of normal people are being heard more and more. And, as long as the Conservatives remain in power, we’re likely to see Sleaford Mods continue to highlight issues that all too often get ignored in the mainstream music industry.

Here’s the trailer for the documentary: