Now we know the first thing Theresa May will do after the Brexit vote, and it's chilling - Canary 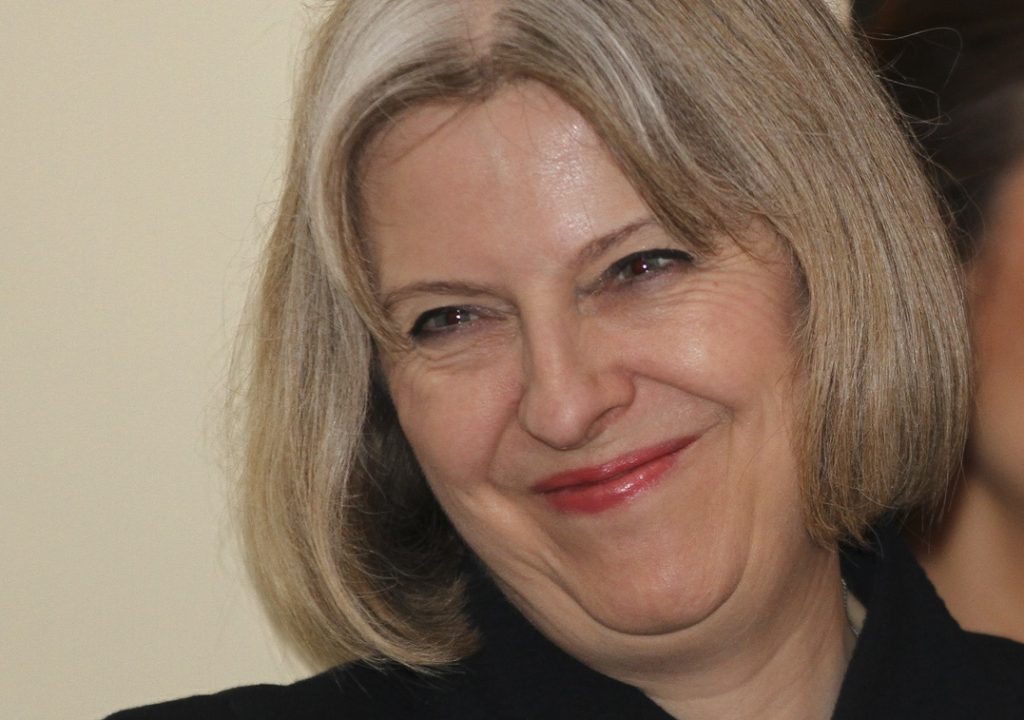 In a speech earlier today explaining her reasons for supporting the ‘Stay’ campaign in the EU referendum, Home Secretary Theresa May indicated that the UK should withdraw from the European Court of Human Rights (ECHR).

While her statement was nothing new (she tabled the idea in 2013 as a possibility if the Tories won the general election), her language today was. She spoke of the ECHR “bind(ing) the hands of Parliament”, that it “adds nothing to our prosperity” and “makes us less secure”. It isn’t immediately clear how our prosperity is linked to our human rights, unless the Government want us all in workhouses come 2020.

As with the current Conservative tendency to ignore advice from other people (a skill which Jeremy Hunt has perfected of late), Ms. May seems hellbent on destroying the rights and benefits we garner from the ECHR and installing a system which would mean that the UK’s Supreme Court would be the final destination for judicial appeals.

So as a reminder to Theresa of just how important the ECHR is, here are five reasons why we really, really should remain a signatory.

One: It means that the buck doesn’t stop with the UK

With the ECHR, if you disagree with a decision that is made in the UK Supreme Court you currently have somewhere else to appeal that decision. If we withdraw, then we are effectively left at the mercy of this country’s judicial system. In the case of Jean Charles de Menezes this would have left the family without a route to challenge the decision that no officers should have been charged with his killing.

Two: It helps protect the rights of the LGBTQ+ community

You think that the UK is an advanced country when it comes to LGBTQ+ rights? Not always. As recently as 2000, the ECHR had to rule that our Government was acting illegally by not allowing people to be openly gay in the military. This case eventually prompted a change in the law.

Three: It keeps the innocent, innocent

Remember the good old days, when your DNA and fingerprints could be kept on file by the police even if you weren’t guilty? Well, the only reason that has stopped was due to a landmark ruling by the ECHR in 2008 stating it was in breach of our human rights.

Four: It protects the most vulnerable in society

In a case from 2011, a young man with autism and severe learning disabilities was removed from his family home for over a year when his father became ill. The Court of Protection ruled this breached Article 8 of the Human Rights Act (HRA) and he had been unlawfully detained.

Five: It’s there for us when mistakes happen

In the case of Mid Staffordshire NHS scandal, hundreds of claims were brought all under the banner of the HRA. Furthermore, the public inquiry would never have taken place without it as families relied on the “state to investigate suspicious deaths” clause of Article Two.

There are countless other reasons why the ECHR is beneficial for us “ordinary folk” in the UK. For example a case from 2001 where it was ruled that three children had had their rights under Article Three breached, when social services failed to protect them from abuse at the hands of their parents.

But there are several problems with Theresa May’s speech. The argument whether to stay in or leave the ECHR is in no way related to the EU referendum as the ECHR is an entirely separate entity. For her to deploy this line of political manipulation is not only cynical, but also entirely confusing for a public whose heads are seemingly already spinning over the vote in June.

Furthermore, do we really trust Ms. May and her fellow Conservative Party apparatchiks to put the best interests of us and our human rights first? History would tell us otherwise.

Considering the UK is already subject to two investigations by the United Nations over possible breaches of the human rights of disabled people and the vulnerable more broadly, their claims of a “British Bill of Human Rights” are not very reassuring.

After more than 5 years of systemic abuse of the most vulnerable in society by Ms. May and her party, the withdrawal from the ECHR may literally be the final nail in the coffin for many.

Support The Canary so we can continue to bring you the stories that matter.

Feature image via US Embassy London/Flickr