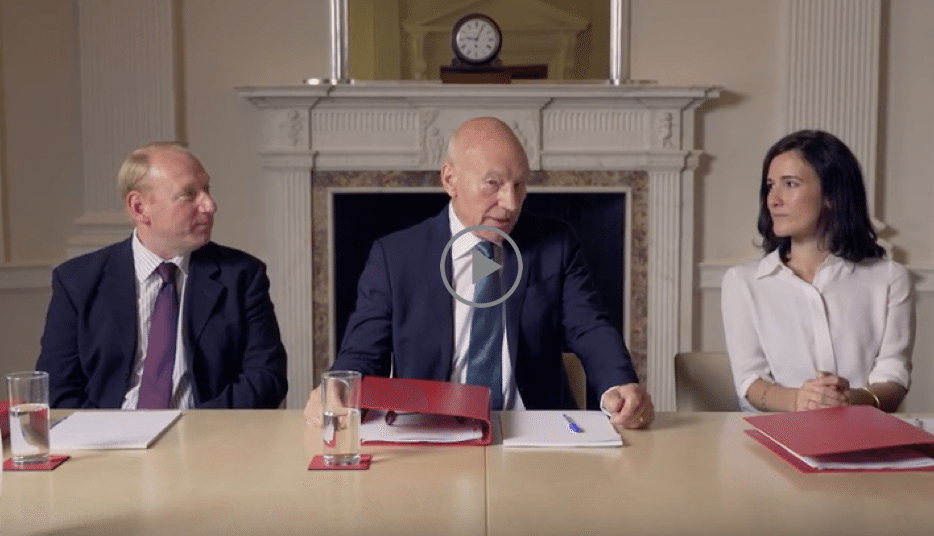 Actor and human rights campaigner Patrick Stewart is appearing on everybody’s social media timeline today, having released a withering, and hilarious, attack on the UK government.

The video is based on the Monty Python ‘what have the Romans ever done for us?’ sketch, updated for a 21st century UK audience. As the Guardian, which collaborated with Stewart to produce the footage, reports:

After Theresa May says Britain should leave the European convention on human rights, Patrick Stewart, Adrian Scarborough and Sarah Solemani expose the problems in the Conservative plan for a UK bill of rights. This satirical take on the classic Monty Python sketch asks ‘what has the European Convention on Human Rights ever done for us?’ Apart from the right to a fair trial, freedom from slavery, freedom from torture …

People were quick to express their views on the video via social media, making it an instant hit with thousands of shares just moments after release.

A lovely dip of the lid to Monty Python and The Life of Brian. https://t.co/0q7FpODBq3
Watch it, you may laugh. I did. A bit. A big bit.

Superb little post-Python skit with a sting: the ECHR with @SirPatStew: https://t.co/69bvSPOVTd

The sketch uses humour to make a very serious point, with which we should all be engaging.

Theresa May re-announced her chilling plan to withdraw the UK from the European Court of Human Rights this week. As The Canary’s Steve Topple wrote on Monday:

While her statement was nothing new (she tabled the idea in 2013 as a possibility if the Tories won the general election), her language today was. She spoke of the ECHR “bind(ing) the hands of Parliament”, that it “adds nothing to our prosperity” and “makes us less secure”. It isn’t immediately clear how our prosperity is linked to our human rights, unless the Government want us all in workhouses come 2020.

The Conservative government is full throttle committed to unravelling decades, if not centuries, of progress made on human, civil and employment rights in the UK. These rights are not just some words on paper – they are the sole reason that British children are not still cleaning chimneys, or going blind stitching footballs for Adidas in overheated and unsafe factories. These rights are the envy of the world – and too many are absenting themselves from the fight to protect them. It’s time to join those already engaged in this struggle, and to fight like our lives depend on it – because they do.

Support The Canary so we can continue to bring you the stories that matter.