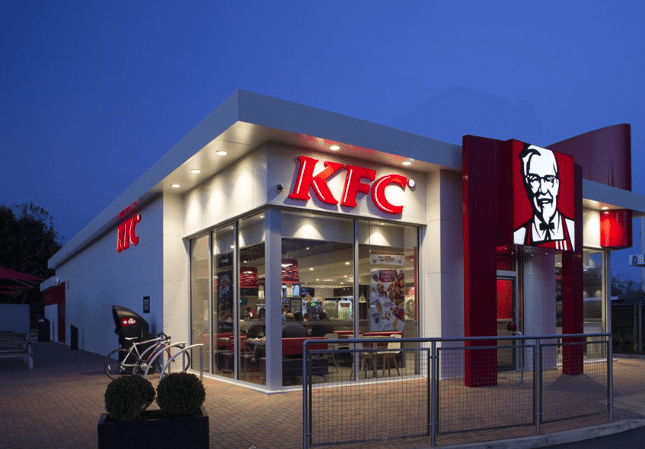 Undercover researchers for the BBC took samples of food, drinks and ice from various KFC restaurants and made a shocking discovery – the presence of faecal bacteria. In short, some KFC customers are being served shit, literally.

The research was undertaken for the BBC consumer show Rip Off Britain recently, as the BBC reports:

Bacteria from faeces has been found on ice that was served to an undercover researcher at a KFC restaurant.

The discovery was made by the BBC’s Rip Off Britain, which was investigating food hygiene at branches of several big-name takeaways and coffee shops.

A scientist who examined the results told the programme the presence of the bacteria increased the risk of anyone who consumed the ice becoming ill.

KFC said it was extremely disappointed and had launched an investigation.

The researchers tested a number of retailers over the course of their study, asking for a cup of water with ice in each location, as a means of testing background standards of cleanliness and food safety. The team visited a Costa in Loughborough, a Chicken Cottage in Hampstead, a Café Nero in Bath, and a Wimpy in Basildon.

It was during their visit to a KFC at Martineau Place in Birmingham, that the faecal bacteria findings were made. As Dr Margarita Gomez Escalada of Leeds Beckett University, who studied the sample, explains in the programme:

“We found high levels of bacteria in the ice.

“The presence of faecal coliform suggests that there’s faecal contamination either on the water that made the ice, or the ice itself, and so it increases the risk of getting sick from consuming this ice.”

In fairness to KFC, they acted with urgency when the findings were reported – closing the store temporarily while improvements were made. As Rip Off Britain host Angela Rippon states:

“When we reported this to KFC they were horrified. They literally leapt to action and they got the Food Standards Agency back.

“This particular place now has a rating of five out five, so they’re pretty good.”

The problem for consumers remains that most of us do not have the capability to test the hygiene standards of the restaurants in which we eat. Indeed, most of us assume a far greater degree of supervision and enforcement of standards in the industry than truly exists. For instance, restaurants in England have no legal obligation to display their hygiene standards. So a restaurant could have failed repeatedly on inspection, but customers would have no way of knowing on the spot.

This matters, because restaurants across the UK are not performing well under assessment by the Food Standards Agency. According to the BBC:

In February 2016, there were 14,251 food outlets across the UK scoring a rating of just two or below – that’s nearly 9% of all premises inspected.

Worse still – 973 of these scored zero on the rating scale – which means they need “urgent improvement”.

This means nearly 1 in 10 places a person might choose to eat out in the UK will have substandard food hygiene – and unless that person checks the Food Standards Agency website, they simply will not know.

A truly staggering finding that serves as food for thought for us all.