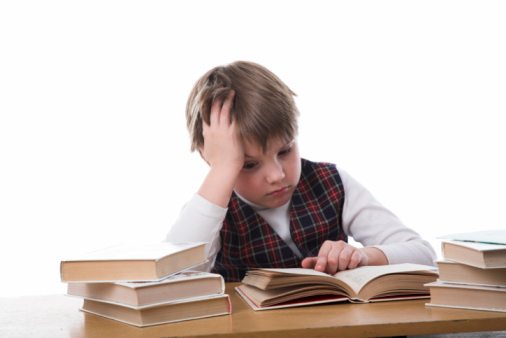 Teachers have been writing letters and messages to children ahead of their SATs which have been going viral on social media.

This homework message sent by Bucklebury primary school has reached over 1.5 million people on one Facebook page.

Have a great weekend everyone especially Y6 pic.twitter.com/YagliRrICE

The homework list contains a list of activities including eating ice cream, going for a bike ride and doing something you’ve never done before. It also tells children they should only revise “if you feel you have to” and that any revision should only be done for a “maximum of one hour in total”. Finally, the note states:

Mrs Thom is in charge of worrying – you don’t need to. You are all amazing and I couldn’t be more proud of you.

Another heartwarming letter which was sent to 10 and 11-year-olds at Silverdale Primary Academy tells pupils that:

The SATs test does not assess all of what makes each of you special and unique. The people who create these tests and score them do not know each of you the way that we do and certainly not in the way your families do.

The letter continues by highlighting some of the brilliant things the pupils do which will not be reflected in their SAT scores such as speaking two languages, being there for friends and “being kind, trustworthy and thoughtful”. It concludes:

There are many ways of being smart. You are smart! So while preparing for the test and in the midst of it all, remember that there is no way to ‘test’ all of the amazing and awesome things that make you, YOU!

King Edwin school in Nottinghamshire also wrote to pupils and parents, telling them they “are constantly amazed at the people you are becoming”, and that “being a lifelong learner is what really counts, not the score you got during a week of tests”.

The missive was posted on Facebook by a parent, Jeanette Hooper, who described it as an “amazing letter”. 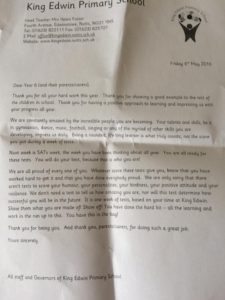 The letter emphasises how “proud” teachers are of their students and that they are sorry “that there aren’t tests to score your humour, your personalities, your kindness, your positive attitude and your resilience”. Again, it finishes with this positive message to youngsters:

We don’t need a test to tell us how amazing you are, nor will this test determine how successful you’ll be in the future.

Whilst these letters show a brilliant and compassionate response from teachers, it is still lamentable that we are stuck with a system for testing children which makes them necessary. However, given there are reports of 10 and 11-year-olds in tears over tests which teachers claim were more suited for mid-secondary school level, it can only be hoped that these important words of encouragement go some way to restoring children’s confidence.