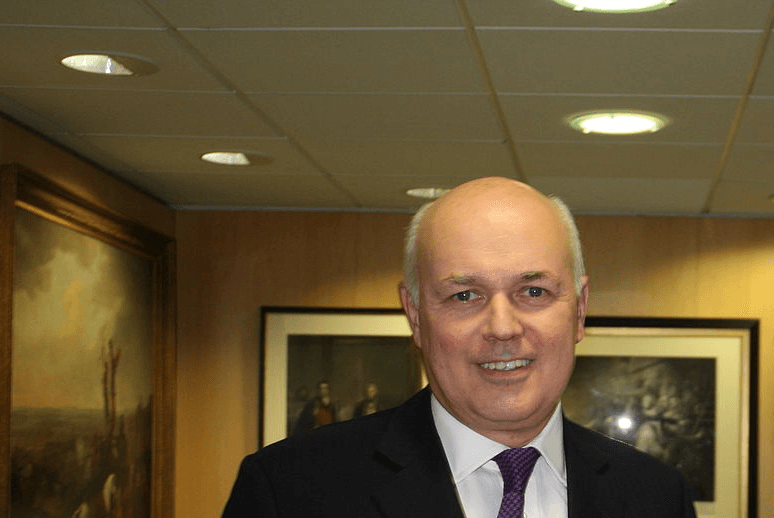 Iain Duncan Smith has landed headlines by saying that Germany has had supreme veto powers on EU policy. The former Work and Pensions Minister claims that Angela Merkel used special powers to subvert David Cameron’s attempt to restrict EU immigration to the UK, back in 2014.

But the Conservative MP is talking the worst kind of nonsense – the disingenuous kind. IDS knows that Germany does not have and did not use a supreme veto to stop Cameron’s EU reforms. While Germany may have been at the forefront of preventing Cameron’s reforms, upholding ‘freedom of movement’ is “non-negotiable” for nearly every member state. The rejection was grounded in a number of EU member states, not just Germany.

French president François Hollande may have been at the front of the line in opposing Cameron’s request to carve out special protections for the City, but the French position was supported behind the scenes by Germany, Italy, Belgium, and Luxembourg. On freedom of movement, Merkel took the lead.

While Hollande vocalised the opposition, it was backed by other EU member states. Just like Merkel led the upholding of freedom of movement.

A phantom supreme veto is not the only disingenuous claptrap IDS is muddying the EU debate with this week. He wrote:

Worse, if we stay in, we will continue to pay to £350 million a week – money we could spend on much more important things, like the NHS.

We do not pay £350m-a-week to the EU. IDS is misrepresenting the amount by omitting the budget rebate instantly returned to the UK. Include the discount and the payment varies, but in 2015 it was £250m. And this is before including the direct EU payments to our public sector.

Just when we thought the EU debate couldn’t plummet any further into farce, it does. Cameron has warned that Brexit may lead to World War III. But at the same time as warning about war, his spokesman admitted Cameron has made no contingency plans in the event of Brexit.

Both sides of the EU debate include Conservatives generally exploiting public payroll and platform to further a personal political choice, through fearmongering or peddling misconceptions. Rather than encouraging informed debate, Cameron picked the most shocking thing he could fabricate an argument for (World War III) and just ran with it.

From Cameron’s warnings of doom to IDS’ phantom supreme veto, the referendum is certainly in murky waters. If you want help making an informed decision on the EU referendum there are a few useful links below.