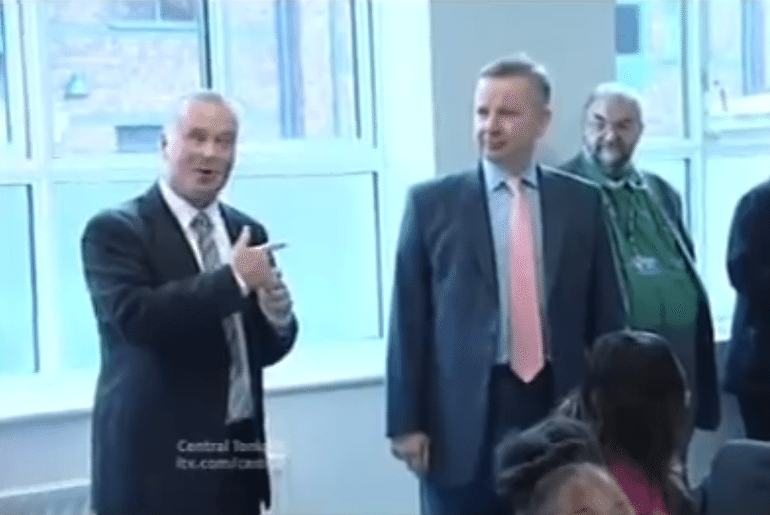 The government’s academisation programme is already in chaos. Now its flagship academy trust has collapsed. The executive head of Perry Beeches – held up by the Conservative government as a poster child for academisation – has resigned amid allegations of financial mismanagement, leaving five schools and hundreds of children facing an uncertain future.

The departure of the head and the governing board came in the wake of an explosive investigation into financial mismanagement at the trust. The five schools it runs in Birmingham, four of them free schools, will now be managed by the Department for Education until new sponsors can be found.

If there has been a poster child for the Conservatives’ education agenda, it is Nolan. Although a committed Labour supporter, Nolan has spoken at Conservative party conferences, and his schools have been hailed as “a real success story” (David Cameron), “the best schools in Birmingham” (former Education Secretary Michael Gove) and used as an example of academies that deliver “truly extraordinary outcomes for young people” (current Education Secretary Nicky Morgan).

But, all the while, Nolan – who once complained that his £120,000 a year salary was “much less than other industry bosses” – appears to have been milking public money for personal gain. A damning report by the Education Funding Agency found that:

Now the schools find themselves facing an uncertain future. They have no sponsor and no board, which probably wasn’t what the Conservatives meant when they said schools should be autonomous. The Regional Schools Commissioner, tasked with finding both, faces a serious challenge; along with the trust’s debts, some of the schools are running large deficits, and the Department for Education has so far struggled to find new sponsors.

It’s a mess. But remarkably, a Whitehall source claims that the Perry Beeches affair proves that the academy system works:

This shows the academy system is working, with the EFA identifying issues and regional schools commissioners intervening and rebrokering effectively, as part of a robust system of oversight.

However, Another Angry Voice points out that the corruption was only investigated after a tip-off from a whistleblower.

Perry Beeches is not the first academy chain to run into trouble over allegations that its executives have used public funds for their own enrichment. As The Canary has previously reported:

The academies also get more power over their own budgets – and many of them are using that power to spend taxpayers’ money on outsourcing school services to private companies owned by the academy chains’ directors or trustees or their relatives. According to the National Audit Office, nearly half of academy trusts have engaged in such ‘related party transactions’ – handing themselves £71m of taxpayer money in 2013 alone.

On resigning, Liam Nolan wanted it known that he had “thoroughly enjoyed his time at Perry Beeches”. His pupils, however, may not feel the same. They now face a period of uncertainty while they wait for new private interests to take over the management of their education – so long as it’s deemed profitable enough to take on.

– Write to your MP to tell them what you think about academies.
– Support The Canary so we can keep bringing you the news that matters.