BREAKING: Proof that Cameron and the media made up sexism row to protect Laura Kuenssberg - Canary 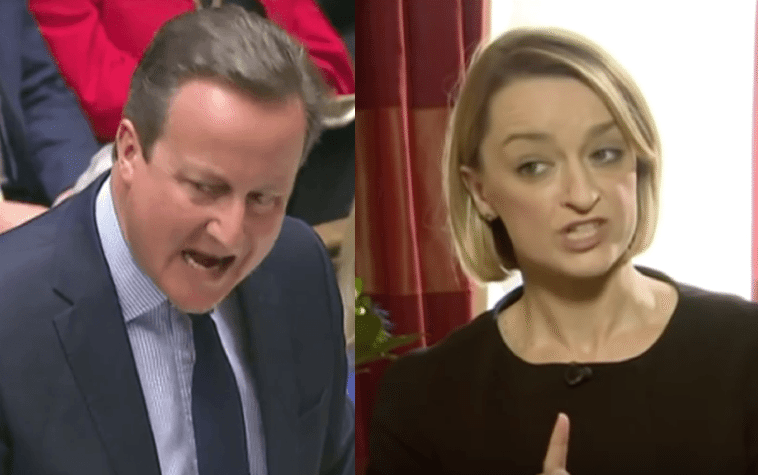 Earlier today, The Canary reported that former UK ambassador Craig Murray had aired his suspicions that petition site 38 Degrees had removed its petition to fire BBC political editor Laura Kuenssberg for bias ‘under establishment pressure.’ Since then, Mr Murray has produced strong evidence to support this assertion.

Here are all the comments on the scrapped Kuenssberg petition. You know, the petition David Cameron condemned in the House of Commons today because it was accompanied by a storm of sexist abuse? Well, here are the comments in their entirety and out of 35,000 people who signed, there is virtually nobody whose comment can be seen as remotely sexist. See for yourselves. Can you spot the one sexist comment I found?

The comments show the petition was overwhelmingly signed by decent, concerned people who were sometimes quite eloquent. Also that the petition supporters are gender balanced and several specifically identify as feminists, and as supporters of the BBC. But neither Cameron, the Guardian and mainstream media nor 38 Degrees itself has any qualm about writing off all these decent citizens as a misogynist rabble.

The data link was left by a commenter on this site – I strongly suspect a mole within 38 Degrees has got it out. It is absolute proof that the politicians and mainstream media journalists have been pushing a plain lie about the nature of the campaign, and that 38 Degrees have colluded.

David Babbs of 38 Degrees appears to be setting new standards for lying. Now that the comments are public, he has changed his story and told Media Lens the abuse was not on the petition, it was on connected social media. I have repeatedly asked 38 Degrees for the evidence of abuse, but they absolutely refuse to show it. We have had five people searching all day. So far we have one single tweet, which was nasty – it called Laura K by a expletive reserved for women. And it did refer to the petition. But it was sent by a young man, 90% of whose comments referred to football and 100% of whose tweets used similar expletives. I unreservedly condemn what he did, but he was hardly a supporter of Corbyn or member of Momentum, as all the media are telling us. So far that is it – one young idiot – we have found nothing else.

But even if there are more nasty examples of abuse, that is not the fault of the 35,000 good people who signed the petition. And there is a disconnect between two establishment narratives, both unproven. One is that Kuenssberg has been a victim of terrible misogynist abuse since appointment. The other is that the abuse was caused by the petition. I utterly condemn any such abuse, but it does not negate the genuine concerns of the petitioners. Regular readers know I myself receive constant abuse, somethimes death threats. It does not mean I am not frequently in the wrong!

Now the lies have been thoroughly exploded. Of course the fact Cameron has been involved in peddling the lie may now be leading to some creative design, backdating and history creation in assorted Government establishments.

The UK’s former ambassador has retrieved the petition comments in full and posted here, for all to read. What it shows is that, far from a den of sexism and misogyny, the supporters of the petition were calling out bias. Here is a sample:

To take down this petition based on one or two comments, or perhaps some random tweets, is the equivalent to ending a campaign due to overhearing a sexist conversation in a pub. Further, to stigmatise those calling for balance in BBC reporting with the libel of sexism is as distasteful as it is inaccurate.

The Canary will continue to investigate and report on this story as it develops.

You can sign the Change.org petition to demand a review into the alleged bias of BBC political editor Laura Kuenssberg here.