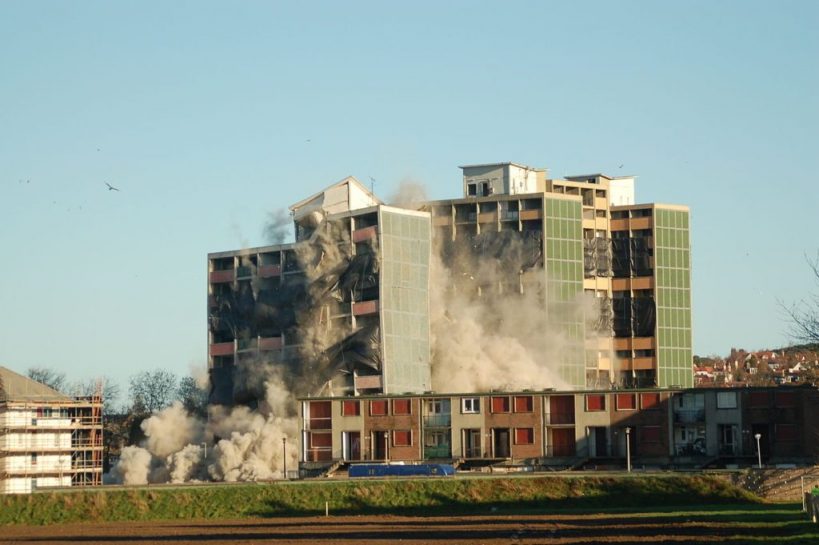 The Conservative government may have just signed off on the end of council housing as we know it, as the controversial housing and planning bill was finally passed last night.

Despite 19 attempted amendments by the House of Lords and amid furious exchanges between them and the Commons, the bill – which could see over 20,000 council properties sold off a year – went through and will receive Royal Assent today.

The passage of this bill has been dogged by problems from start to finish, including debates in parliament until 2am, protests up and down the country and this final “ping pong” between the two chambers.

While the Lords repeatedly sent the bill back with amendments, the Conservatives dogmatically refused the majority of them – and with the bill falling under “English Votes for English Laws” (EVEL), any opposition from Labour has essentially been rendered impotent.

Small concessions have been granted, such as the highly controversial “Pay to Stay” rule being amended so as to exclude any benefit payments, and some alterations to the terminology of “affordable”.

But really the bill is unchanged from what was first seen when it was presented in October last year; that is, a fundamental attack on affordable social housing, based on statistics and sums that categorically do not add up – mostly because there are no sums to quantify some of the Tories’ propositions.

Take the element that will force local authorities to sell off its highest value properties and funnel the money to central government. This is being done under the proviso that these properties will have to be replaced by authorities “one-for-one”. But these homes will have to be built from council funds – as the money sent to central government is being used to fund “Help to Buy”. And none of this has been costed, so both the government and local authorities are fumbling in the dark in unchartered waters.

Essentially, the Conservatives are putting councils in a position where they somehow have to find the money from already decimated budgets to pay for housing for families in greatest need – while those who can nearly afford a mortgage get a leg-up. Basically off the backs of the poorest.

Furthermore, state-subsidised Starter Homes for private sale will have to be built on 20 per cent of new housing developments – which supersedes the building of social housing. On top of that, planning permission can now be granted to any housing development on brownfield sites – including existing local authority housing estates.

With the extension of “Right to Buy” and no guarantees on the number of social houses that will be built the bill does nothing for the most vulnerable in society.

To say this was an act of “Class War” might seem like hyperbole. But it may not be far off the mark, as the tangible housing crisis in this country is at near fever pitch as it is.

1.5m households (yes, households – not people) are on council waiting lists for accommodation; the “bedroom tax” still continues unimpeded with three-quarters of people affected cutting back on food to pay for it;  to buy a terraced house in London you now need to earn £142,000 a year; rental prices continue to increase at a rate one percent higher than wages do, and homelessness has more than doubled since 2010 – with rough sleeping rising by a third in the past year alone, while funding to prevent this has been cut by 45%.

The passing of this bill essentially has sounded the death-knell for social housing in the UK and given the green light for what is little more than an asset-stripping exercise by this government.

At a time when serious remedial action is needed to counter what is becoming a catastrophe on one of the essential provisions in life – a roof over a person’s head – the housing bill will do little more than exacerbate the problem.

But as is invariably the case with the Conservative government, the mantra appears to be “who cares?”.

When 39% of Conservative MPs are landlords benefitting from the bill, however – are we really surprised?

Write to your MP to express your dissatisfaction at the housing bill.