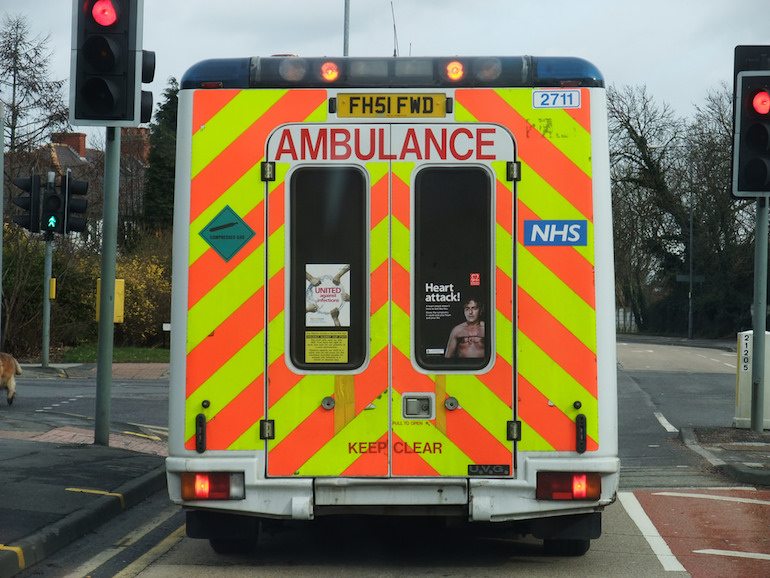 Patients admitted to hospital over the weekend are believed to be at a greater risk of death. Some studies have linked this ‘weekend effect’ to the reduced availability of hospital doctors at the weekend, leading to major – and controversial – impacts on health policy. However, two new studies go to show that the link between weekend staffing and patient deaths is tenuous, at best.

The ‘weekend effect’ has been demonstrated by various studies. Research published in the British Medical Journal (BMJ) by a group from UCL showed that increased mortality is associated with weekend hospital admission, and a team from Imperial College showed that births at the weekend were associated with a higher rate of complications, for instance.

The UCL study estimated that there were an extra 11,000 “weekend deaths” during 2013-14. An editorial linked to the Imperial study suggested:

the most likely mechanism underlying the weekend effect is systems factors (such as staffing, resource availability, hospital policies)

But as the authors of the study themselves, and an NHS Choices article pointed out:

Furthermore, an Oxford University study recently showed that the notion of a ‘weekend effect’ is based on “poor-quality evidence”.

Nevertheless, the conclusion from these studies was that more research was needed to find out the answers. Evidence about the quality of care at the weekend compared with weekdays, or whether there is a direct link between mortality and the availability of consultants, remains largely speculative.

Despite this conclusion, as well as the editor-in-chief of the BMJ warning the Secretary of State for Health that there was no evidence to link the deaths to problems with staff shortages, this hasn’t prevented policy makers from using the research to their advantage, as demonstrated by Jeremy Hunt’s bid for the new, highly contentious, junior doctors’ employment contracts.

Hunt concluded that changes to doctors’ employment contracts will be required to deliver high quality care seven days a week.

According to two new studies published in The Lancet this week, the link between the weekend effect and weekend hospital staffing is a ‘major oversimplification’:

The ‘weekend effect’ overshadows a much more complex pattern of weekly changes in quality of care, which are unlikely to be addressed by simply increasing the availability of hospital doctors on Saturdays and Sundays

No connection between weekend senior staffing levels and mortality

The first paper, by a team from the University of Birmingham, UK, found no association between weekend senior doctor staffing levels and mortality.

Hospital consultants then completed a survey recording the number of hours they spent between 8am and 8pm caring for patients who had been admitted as an emergency. A similar survey was completed by clinical service directors and the findings were compared to national hospital mortality data.

Results showed there were considerably fewer senior doctors present to provide emergency care on the Sunday versus the Wednesday. Although this was partly offset by the fact that doctors spent on average 40% more time caring for emergency admissions on Sunday compared to Wednesday. Emergency admissions on Sunday received on average of less than half the input of senior doctors compared to patients admitted on Wednesday.

The researchers then looked at average weekend mortality data for 115 trusts for 2013-14. On average, there was a small increase in the risk of death associated with weekend admission, but mortality differed between trusts. Importantly, when mortality risk was plotted against senior doctor staffing levels, there was no evidence of an association between the two.

Patients admitted to hospital over the weekend are likely to receive less time with consultants, and do indeed have a slightly higher risk of death. Both problems need to be addressed to provide consistent standards of high quality care. But to say that lower staffing is the cause for increased mortality is far too simplistic and not supported by the evidence.

Policy makers should be extremely cautious when attributing the weekend effect directly to the lack of consultants at the weekend.

Although the authors warn that the study is part of a longer term project and that finding a lack of association now cannot discount it in the future, they urge caution in linking mortality directly to senior doctor staffing levels. More research is needed to understand the key factors affecting mortality in such a complex system.

No ‘weekend effect’ on survival for stroke patients

The second paper, led by King’s College London, and University College London, UK, looking specifically at acute stroke care, found no ‘weekend effect’ on survival, but reveals there are many variations in quality of care throughout the week, and that policies to address weekend quality of care alone represent a major oversimplification of the problem.

This study, led by researchers at King’s College London and University College London, looked at how the quality of acute stroke care varies by day of the week and time of day, over a whole year. The study included data from 74,307 patients admitted to 199 hospitals in England and Wales between April 2013 and March 2014, and information about patient survival 30 days post admission.

The researchers found there was wide variation in the quality of care delivered – both by days of the week and time of day. Patients who arrived in the morning were more likely to receive a brain scan within one hour for example, and patients admitted on Thursdays and Fridays experienced the longest waits for therapy assessment.

Our study shows that the ‘weekend effect’ is a major oversimplification of the true extent and nature of variations in the quality of care that occur in everyday practice. Our findings apply to stroke care in particular but are likely to be reflected in many other areas of health care.

He goes on to stress that:

When solutions come at such a high financial cost, it is imperative that policy makers, health-care managers and funders base their decisions on evidence. Simply transferring doctors from weekdays to weekends is highly unlikely to have the intended effect of improving quality of care.

These two papers further support the report published last week suggesting that weekend mortality differences might be attributable to how sick patients are on admission, rather than the quality of their care.

All of the studies mentioned in this article point to the fact that more information is needed. And that policy makers are likely jumping to conclusions when it comes to the ‘weekend effect’.

Despite many claims about the quality of care at weekends and strong beliefs about the reasons for this, we need to remain open to the true extent and nature of any such deficit and to the possible causes. Jumping to policy conclusions without a clear diagnosis of the problem should be avoided because the wrong decision might be detrimental to patient confidence, staff morale and outcomes.

So, as Black says, let’s try to remain open to the possible causes of the ‘weekend effect’ and start diagnosing the real problem – if there even is one.

– Write to your MP, asking if it is now official government policy to move towards a pay-NHS.

– Express solidarity with the junior doctors on Twitter with #JuniorDoctorsStrike.