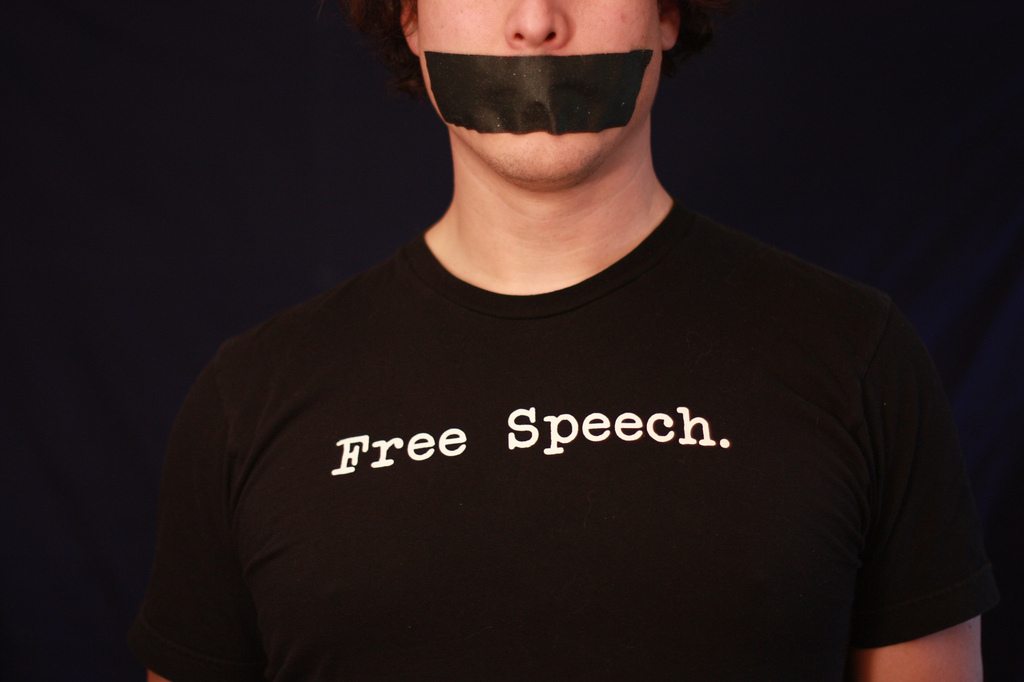 A woman was told she could face up to five years in jail for writing “unsubstantiated statements” on Facebook about a Conservative local election candidate. The alarming assertion was made by a former Tory mayor to encourage the woman to remove her comments, in what can only be described as petty and intimidating behaviour.

The incident happened in Wales in the lead up to the local elections on 5 May. Alison Shields from Llandudno had posted on Facebook about her voting intentions for the elections, and the justification for her choice. She pledged support for the Plaid Cymru candidate, and criticised Conservative candidate Janet Finch-Saunders for not, in her opinion, being supportive of the Restore campaign for Llandudno beach.

Shields then received the following message from Garry Burchett, a former mayor and aide to Finch-Saunders, who was running for an Assembly seat:

I do not want to come across as threatening in any way but you are breaking electoral law by writing unsubstantiated comments about a candidate during the election … if this is reported to the Electoral Commission they can have (you) prosecuted. The minimum sentence is five years.

I got the message from Garry Burchett on Wednesday and I panicked because it sounded really official. My post was taken down, I assume, by Facebook.

In reality, there was no real danger of prosecution. And even if found guilty under the Representation of the People Act, the maximum penalty is a fine of up to £5,000. But that, it seems, wasn’t the point of Burchett’s bluff. His motivation was explicitly noted at the end of his message to Shields:

I strongly suggest that you remove the post immediately or it will be reported to the commission.

Following controversy over the affair, the Conservative party has attempted to distance itself from Burchett’s actions. Finch-Saunders, who won her seat, said:

The comments made by Garry Burchett are not representative of me, and in no uncertain terms were they written on my behalf.

She would now like the matter to be closed. But this incident speaks to a bigger problem, as Shields herself identified:

What happened to freedom of speech?

Unfortunately, it is being eroded under the current Conservative government. Shields was the target of what turned out to be an empty threat, but others have not been so lucky. Such as Bethan Tichborne, who in 2013 was convicted under the Public Order Act 1986. She had told David Cameron he had “blood on his hands”, in reference to the numerous deaths of disabled people due to benefit cuts. She was prosecuted for “threatening, abusive or insulting words or behaviour”.

As the New Statesman noted at the time this is akin to ‘outlawing the truth’. And, although there has been the occasional free speech victory, our right to tell the ‘truth’ or express dissent is set to diminish further under this government. Draconian new measures, ushered in through a counter-terrorism strategy, have recently been introduced in the UK. Critics have warned these new controls may have a severe impact on free speech, particularly in an academic context.

And, of course, for Burchett to attempt to suppress Shields’ free speech on the premise that it breaks ‘electoral law’ is timely and extremely awkward. The Conservative government is currently being investigated by numerous police forces for alleged electoral fraud.

So, essentially, Burchett’s exercise of his ‘freedom of speech’ has provided a reminder of the potentially devastating scandal looming over this Tory government. This is one of a myriad of reasons why freedom of speech is so valuable, and must be protected.

Campaign with Liberty to protect our freedoms.

Protect your online freedom by joining the Don’t Spy on Us campaign.