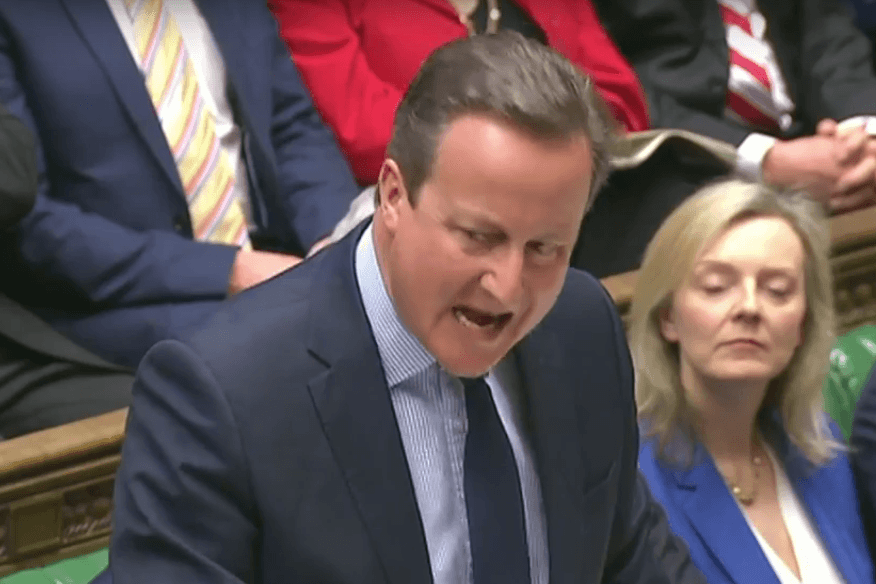 David Cameron thought he was home dry at Prime Minister’s Questions (PMQs). But then he was challenged over the criminal investigations into alleged Conservative electoral fraud.

At least 8 police forces are currently investigating the findings from Channel Four News and The Mirror.

At PMQs Cameron thought he was out of the woods, partly due it has to be said to Corbyn’s lacklustre performance, until the SNP’s Angus Robertson kicked it up a notch:

But seeing as the Prime Minister is prepared to lecture other countries on corruption and probity, could he explain why seven police forces in the UK have launched criminal investigations into Conservative MPs for potential electoral fraud? And Mr Speaker, it’s very serious. So how is it that a Conservative crime and policing commissioner can serve in such a role while being under police investigation?

Robertson’s second question refers to the newly elected Police and Crime Commissioner (PCC) for Devon and Cornwall, Alison Hernandez. As The Canary reported on Monday:

During the 2015 election, Hernandez was the agent for Kevin Foster, the Conservative candidate who ousted the Liberal Democrat MP, Adrian Sanders. She was therefore in charge of submitting the official expenses return for the local campaign, which included signing a declaration that they were a “complete and accurate account as required by law”.

However, she failed to declare all the expenses associated with the “battlebuses” campaign, which brought in 50 volunteers to help in Torbay, including not accounting for their accommodation. According to investigations by Channel 4 News, this figure would have meant an overspend of £1,435.

This week, the Prime Minister is hosting an anti-corruption summit in London. Cameron has also been caught on camera calling Nigeria and Afghanistan “fanatically corrupt”. Yet one of his own party’s crime chiefs is not furthering justice, but being investigated for fraud herself.

One of the reasons this issue doesn’t get addressed is because countries and politicians are too worried about addressing it, knowing that no country is perfect, nor indeed, is any politician. But i think it is right for Britain to take this lead, not least because we meet at 0.7% contribution on aid. I think we are entitled to raise this incredibly important issue.

In the case of the newly appointed Conservative crime commissioner – explicitly referenced by Robertson – the independence hailed by the Prime Minister is nowhere to be seen. Hernandez admitted “I do directly appoint or dismiss” the very police force that was investigating her. A suspect’s ability to sack people doing the investigating is the opposite of independent.

And indeed, the standing government being investigated for electoral fraud is not exactly a badge of probity.

Yes Mr Cameron, nobody is “perfect” – but we are not here to talk in hypothetical absolutes. Some politicians are much more ethical than others. And considering the Prime Minister’s own record on tax dodging, selling off the NHS to his mates, and now potential electoral fraud, the leader of the nation is looking more ‘fantastically corrupt’ by the day.

If you live in one of the seats where Tory candidates may have been helped to victory without correctly claiming their expenses, please consider contacting your local police force to make a complaint.