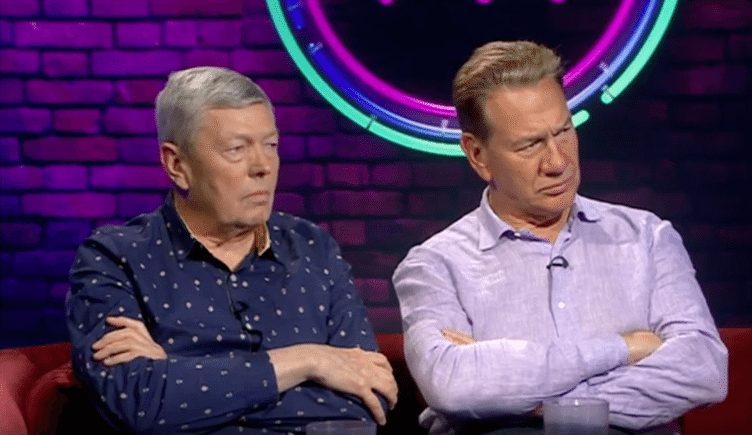 During Thursday night’s installment of the BBC’s This Week programme, host Andrew Neil asked his regular guests to give their view on the police investigation into allegations of election expenses fraud by the Conservative party. Their reaction was priceless.

For those unaquainted with BBC This Week, it’s a fairly irreverent late night politics show that comes on after BBC Question Time on a Thursday night. Its graveyard slot allows it the lee-way to produce some of the most insane moments you’ll find on the BBC.  For example:

But last night, viewers were waiting for Neil to ask a rather more serious question. For months, the Channel 4 News team has doggedly pursued allegations that the Conservatives may have scraped their 2015 general election majority through election expenses fraud. The Canary has followed the story throughout.

But this week, the Electoral Commission took the unprecedented step of beginning legal proceedings against the Conservatives. This has never happened in British history.

1st time in history that the Electoral Commission has started legal proceedings against any political party:Tories finally yield papers

This story has been left to Channel 4 News and new and social media to champion, while much of the established media left well alone. But in recent weeks, Neil has been one of the lone voices at the BBC to raise the issue. He began with coverage on the Daily Politics, leading to an embarrassing performance by former Conservative party co-chair Grant Shapps. But on Thursday night, it was the turn of Portillo and Johnson to fluff their response.

“Seven police authorities in the UK have now launched criminal investigations into Conservative potential electoral fraud. This has the potential to become a scandal.” Neil says to the pair.

And today I think it was the Tory central office couldn’t get it’s response in in time, it’s now in breach of court orders.”

Neil then leaves an open silence, expecting his guests to fill it with their opinions as on any other issue. Instead, he is met by two unimpressed looking men with folded arms. Portillo speaks first.

“You’ve blindsided me with this.” he says. “I haven’t followed this. I don’t know where this electoral fraud is…”

A doubtful sounding Neil asks him if he seriously hasn’t been following the story, to which Portillo gives a firm: “No.”

“Well I’m sure you have Alan.” he says. To which Johnson replies:

“No. I saw it for the first time on your piece.”

With the pair feigning complete ignorance, Neil braves on and explains the scandal to them both in brief. Johnson then responds:

“Ahhh, I did see something about that. Yeah. Well. Can we re-run the general election?”

Viewers took to social media immediately to share their views on the bizarre reaction from the two political veterans. They didn’t seem convinced.

#BBCtw
Michael Portillo claims this is the first he has heard of it !#ToryElectionFraud

Shocking – neither Alan Johnson not Michael Portillo aware of Tory #electionexpenses allegations. Thanks for raising #bbctw

Seems you could throw a rock in a pub and come up with two better informed political pundits than Michael Portillo and Alan Johnson. #bbctw

A truly astonishing performance by Portillo and Johnson, now preserved for posterity, epitomising the Westminster bubble like little else. Scandal? What scandal?

An incredible reaction to the most serious allegations of electoral crime against any UK government in modern history.