Jeremy Hunt tweets support for nurses, and gets absolutely destroyed (TWEETS) - The Canary 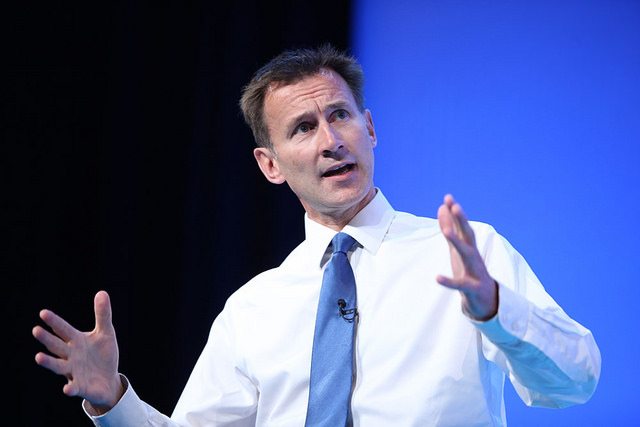 It was International Nurses Day on Thursday – held on 12 May to mark Florence Nightingale’s birthday. Many people took to Twitter to acknowledge and thank nurses for all they have done:

But when Health Secretary Jeremy Hunt (not known as a friend to the health service) sent this tweet, it backfired massively:

Nurses care for our loved ones at some of the most difficult times of their lives. Let’s celebrate them! #InternationalNursesDay #NHSHeroes

Given that Hunt is currently attempting to undermine the nursing profession by abolishing their bursaries, this response shouldn’t have come as a surprise:

Are you seriously unaware how hated you are amongst the medical profession? Was that tweet sarcasm?

Some responses were from nurses:

do shut up, you incompetent, greedy joke of a politician. From a student nurse #BursaryOrBust #InternationalNursesDay

taking our bursaries, belittling our job and our coworkers. We'd much rather you had nothing to do with us.

In fact, Hunt’s tweet received over 200 responses – none of which were positive.

Many called for him to resign:

You are a shameless and sadistic wretch Hunt. Resign and give the Nurses a day to remember.

Others wondered if it is was a joke:

And others commented on his behaviour during the debate on nursing bursaries:

According to a poll in February, Hunt is the most disliked politician of any political party, with 65% of those questioned claiming he was doing a bad job as Health Secretary. The reactions above certainly back up these findings.

Currently, nurses do not pay tuition fees, and they receive a means-tested bursary that reflects the amount of work they do while studying. The petition to save the bursaries, which has attracted over 160,000 signatures and forced a debate in parliament, states:

Student nurses often work alongside our studies, like most students. But unlike most students, we work full time hours in placement for around half the year, and spend the rest of the time in lectures, without a summer holiday, or an Easter break, as well as completing our assignments. Taking away the NHS Bursary will force more student nurses into working 70 hour weeks, as many already do, it will compromise our studies and most of all, our patient care.

Despite these facts, and the strength of support for nurses, the government is pushing ahead with its project to privatise the NHS. But public opinion seems to be very much against them. We must therefore harness this opposition before it’s too late, supporting the junior doctors and nurses while ensuring our NHS is never sold off to the highest bidder.

– Join the Bursary or Bust march on June 4 to support student nurses.

– Write to Jeremy Hunt and let him know what you think.