Cameron asked former minister to write in his anti-corruption book, then tried to hide result - Canary 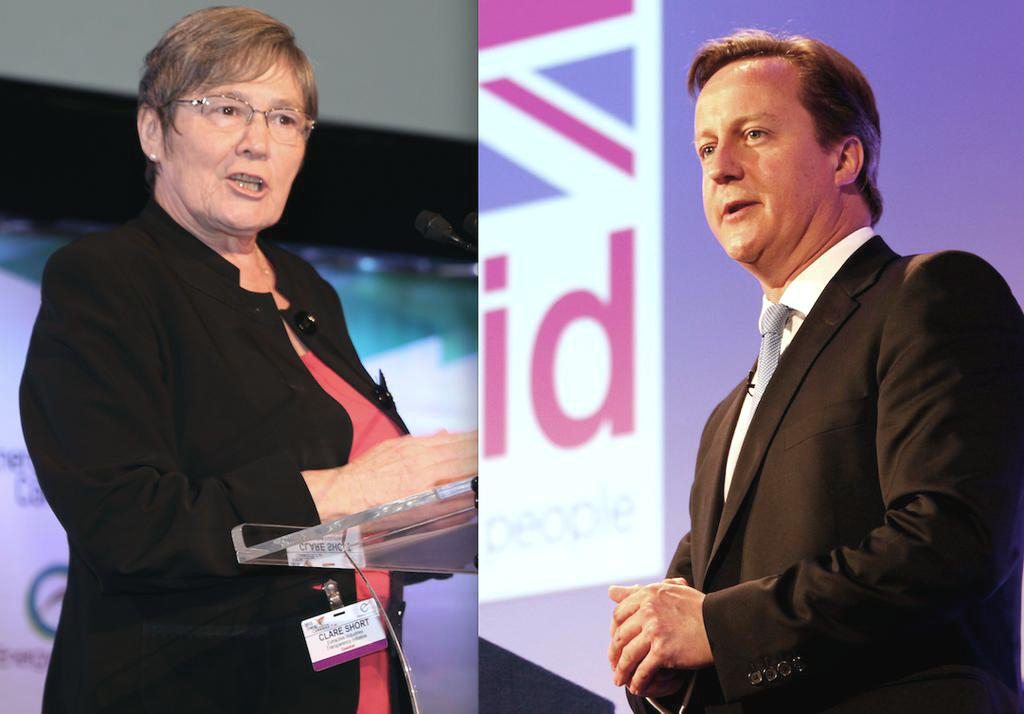 Ahead of the Prime Minister’s anti-corruption summit this week, he approached a number of public officials to write chapters for a book ‘Against Corruption‘ to be released shortly after the summit finishes. Former Labour MP and Minister for International Development Clare Short was approached by Cameron to write a chapter. Short wrote a lengthy piece revealing in great detail some specific instances of UK and other western countries’ corruption that highlight how the illicit global economy fuels itself.

The chapter has not ended up in the book. In light of this, online publishing platform OpenDemocracy decided to host the piece, explaining:

With her “distinguished record,” Cameron wrote, the essay would spark “debate and action across the world.” Short submitted this piece and shortly after was told it would not be included – the book was taking “a more forward looking focus.”

Her revealing essay is a fascinating long-read that gives insight and context to this week’s summit, and the last half-century of global corruption. It also details how systemic corruption works, and how we might best tackle it as a wealthy, and implicit, country. In it, Short gives plenty of positive and ‘forward-thinking’ recommendations. Here’s some of the highlights.

Short points out that until the recent focus on bankers, FIFA, tax havens and the like, corruption has generally been understood as a problem of ‘developing’ countries. Cameron’s gaffe just before the summit, in which he was filmed saying that Nigeria and Afghanistan were two of the most ‘fantastically corrupt’ countries in the world, was embarrassing. Not only because of the accusatory nature of the comments but also because it displays an attitude of ignorance towards the rife and long-standing corruption of the UK, USA and other ‘rich’ or ‘developed’ countries.

In many cases, it’s our corruption that funds and fuels the corruption of others. Short writes:

Transparency International’s (TI) “Corruption Perception Index” finds countries of the south consistently at the bottom levels of the Index; though TI explicitly recognises that the north is partly responsible for the corruption of the south as a bribe payer.

She explains that “wiser heads” understand that corruption often originates with the rich countries of the Organisation for Economic Co-operation and Development (OECD), a group of the richest western countries that promotes economic co-operation.

Some want to wag fingers and deny any aid to some of the poorest people in the world; wiser heads understand that lots of the corruption originates in OECD countries and that it is when systems are weak – anywhere in the world  – that some people will engage in corrupt behaviour. If we want to reduce corruption then we need to strengthen preventative systems in both OECD and developing countries.

Short also notes that the UK hasn’t necessarily “behaved any worse than other OECD countries”, but that:

What is important is that we face up to the fact that a massive responsibility for very large-scale bribery and corruption originates in countries like our own.

It’s Not Fair (on businesses if they can’t bribe people, apparently)

In 1977 after the revelations of political/corporate bribery in the Watergate investigation, the Foreign Corrupt Practices Act was passed, making the USA the first country to outlaw the bribing of foreign officials. This resulted in corporate America complaining that ‘everyone else was doing it’ and that it gave them a huge disadvantage not to be able to practice corruption too.

This led to a treaty to outlaw bribing foreign officials throughout the OECD countries, and this long process was only completed fairly recently, in 1999. When monitoring the countries for treaty requirements, Short explains that “the UK does not come out well”:

In 2008 the OECD Working Group said that it was “disappointed and seriously concerned” about the UK’s continued failure to address deficiencies in its laws on bribery of foreign public officials and on corporate liability for foreign bribery, which it said had hindered investigations. This led to a new Bribery Act being passed into law as recently as 2010. The new Act was welcomed by the OECD Working Group, but the government was being intensively lobbied by business interests over the details of implementation.

So not only have we not had a robust law until 2010 on corruption in our country, but our ‘developed’ business sector remains determined to break it.

And what better faction of the UK business sector to illustrate this than the arms industry. While Secretary of State for International Development under Tony Blair, Short tried to block a corrupt deal between British arms exporter BAE systems and Tanzania, yet:

couldn’t get support from Number 10, the Foreign Office, the Ministry of Defence or Departments of Trade and Industry to use the government licensing system to block the contract. I said at the time if BAE Systems and all those government departments would go to such lengths to support such an indefensible but relatively small defence export, it made one fearful of what they would do for bigger things.

She then goes on to describe how successive UK governments have defended the corrupt dealings between our arms industry and Saudi Arabia:

Sadly, arms sales to Saudi Arabia are an example of bigger things. There is a long history of corrupt behaviour sanctioned by successive governments. As recently as 2006, the UK terminated a major foreign bribery investigation concerning the Al-Yamamah arms deal between the UK and Saudi Arabia, for which BAE Systems was the main contractor.

Short outlines details of fraud investigations halted by the government so as not to “seriously harm national security” and a quote from Inland Revenue documents that said, in order for arms deals to go ahead with Saudi Arabia:

the “hard fact is that bribery is essential”.

The government became more and more directly involved in the brokering of these deals over the years.

How can we (radically) tackle corruption, then?

Short shares an anecdote that explains her position on systemic corruption, from an incident that occurred when she left Westminster:

I would like to recall the advice I was given in 1977 when I left the Home Office and went to work as the director of a community organisation based in Handsworth in Birmingham. When I met with our auditor to discuss the financial systems and bookkeeping, I suggested we might keep a few pounds in a tin as petty cash to pay for milk and tea and other small items. He emphasised strongly something I have never forgotten, that I owed it to everyone who worked in the organisation to set up a system that could not be fiddled. It was impossible to know what pressures and temptations individuals might be subjected to. If systems were tight, no one could be tempted and it would be better for everyone. TI make this point clearly on its website: “people are as corrupt as the system allows them to be”.

This is certainly a pertinent statement for the situation of tax havens being used by the super-wealthy in the west and elsewhere. Perhaps the sentiment that Cameron objected to the most was this:

we must be clear that working for development, anti-corruption and good governance is not a question of hectoring from the moral high ground or denunciation and threats of the withdrawal of aid, but of helping to build systems that prevent such corruption.

Cameron’s anti-corruption summit is not a groundbreaking event. The United Nations Convention Against Corruption (UNCAC) was adopted in 2003, the same year as the Extractive Industries Transparency Initiative (EITI) of which Clare Short is the Chair. Though Cameron claims to be making tough actions towards ‘reform’ by having countries report their spending, these requirements have already been put in place for over a decade by these two institutions. Despite this, corruption persists:

a 2011 evaluation suggested that the simple pass/fail benchmark was inadequate as though reform was a simple matter of complying with basic EITI reporting rules and producing an EITI report. In addition academic commentators pointed out that a simple report of the amount of money paid by companies, and a reconciliation with government receipts, does not ensure that the original contract was fair, what was due to be paid was paid, that the money was properly spent, let alone that there are sensible plans to deal with price fluctuations and the economic consequences of exhaustion of resources.

Short points out that a far more specific and rigorous system of reporting and governance is required, and that the UNCAC is incredibly ambitious. However:

If all these commitments are fully implemented, 16 of the poorest countries in the world would retain their own wealth: their losses are estimated by the sober OECD as being worth as much as the total of international aid and inward investment to these countries.

The fight against corruption may never be won, but if radical strategies are put in place with global co-operation, then we might get somewhere. But considering that Cameron seems to have no interest in shutting down tax havens and truly clamping down on tax avoidance, this appears unlikely in the near future. By rejecting this candid essay, Cameron has lost an opportunity to address some of the most pressing issues for the examination of our government’s conduct.

When those who profit from this inequality maintain the ‘perfectly legal’ defence on business practices that uphold such inequality, true national and international development and freedom will continue to be stifled.

Write to your MP about what you want to see from the anti-corruption summit.

Image via The EITI and the DFID