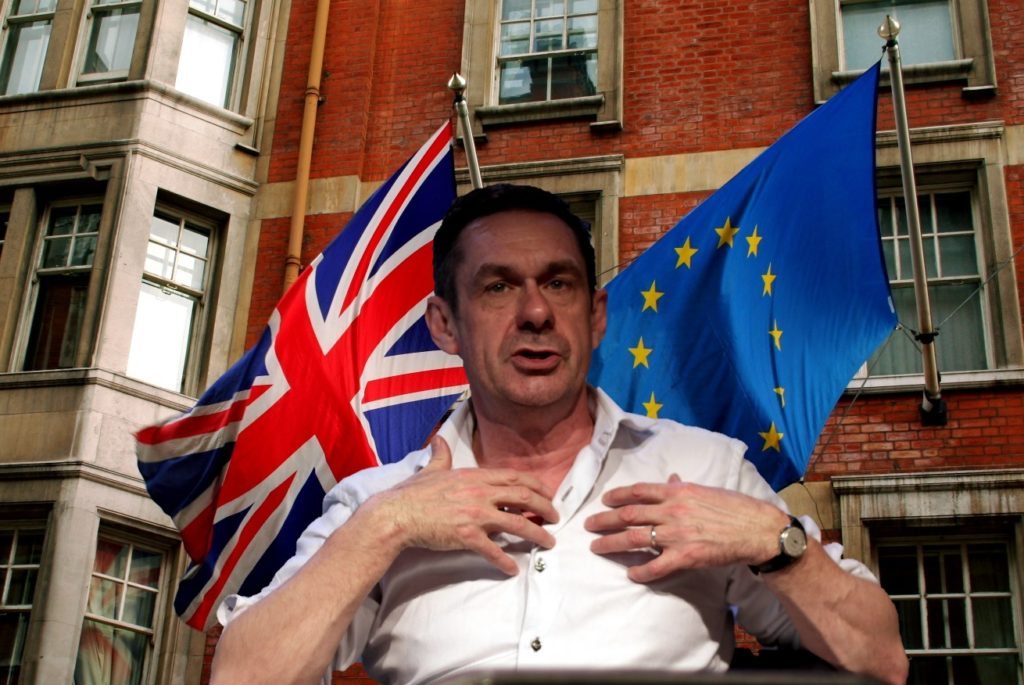 Paul Mason, a former Economics Editor for Channel 4, just made a brilliant ‘Brexiters for Remain’ argument on BBC Question Time. The threat of Boris Johnson leading the country after ‘Brexit’, he argues, is enough to merit staying inside the EU in spite of its problems.

While Mason said that the European Union cannot function properly in its current form, he also insisted that an “uncontrolled right-wing ‘Brexit'” would be an even worse prospect.

Now a freelance journalist, Mason argued his “leftwing case for Brexit (one day)” at the Guardian on 16 May, saying:

There are many good reasons for the UK to leave the EU… [But] if Britain votes Brexit, then [Boris] Johnson and [Michael] Gove stand ready to seize control of the Tory party and turn Britain into a neoliberal fantasy island.

When he says ‘neoliberal‘, he means the economic system advocated by the likes of former British Prime Minister Margaret Thatcher. This system seeks to privatise public resources, give financial institutions greater freedom, weaken trade unions, and take away state welfare programmes. In other words, what we might call ‘austerity’ today.

Mason very much echoed this line as a Question Time panellist on 19 May, insisting:

Directing himself towards Tory MP and former panellist Amber Rudd, he then specified about which particular “crazed” Conservatives he was talking about. Alexander Boris de Pfeffel Johnson, he said, is currently “debasing the rationality” of the EU debate by not focusing on the real issues.

There are a number of recent examples of Johnson going off point which Mason didn’t go into. For example, Johnson suggested on 15 May that the EU’s attempts to unify Europe were similar to Hitler’s expansionism. Then, perhaps to distract attention away from these comments, he said the EU tells people they cannot sell “bunches of more than two or three bananas” – which is simply not true.

If I spent £35,000 a year and sent somebody to Eton and they came out saying that, I’d be disgusted.

He also directed himself again to Rudd and other Conservatives, insisting:

you should be very worried that this guy could be leading your party if he wins the referendum.

In his Guardian article, Mason laid out what would be the best conditions for leaving the EU if it does not reform in the coming years:

even for those who support the leftwing case for Brexit, it is sensible to argue: not now. The time to confront Europe over a leftwing agenda is when you have a Labour government, and the EU is resisting it.

But for now, he said:

those of us who want Brexit in order to reimpose democracy, promote social justice and subordinate companies to the rule of law should bide our time.

And he may have a point. While there are good, logical arguments for ‘Brexit’, do we really want to give the likes of Boris Johnson free rein over our country when there’s unlikely to be a general election any time soon?

Watch the whole of Question Time:

– Check out this debate on the EU referendum at the New Internationalist.