The scam to smear Labour activists as anti-semitic, and its instigators, has been revealed - Canary 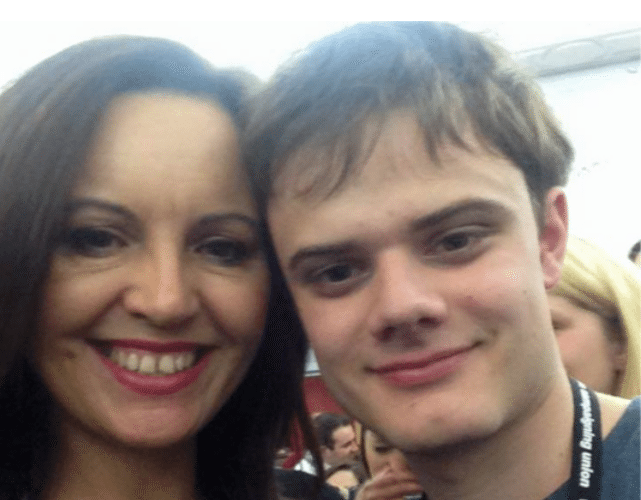 The individual responsible for a scam in which Labour activists were smeared as anti-semitic has been kicked out of the Labour party.

A student behind false claims of anti-Semitism at Oxford University will be expelled from the UK’s main opposition Labour Party, The Electronic Intifada can reveal.

David Klemperer was suspended from the party for nominating an opposing candidate for Oxford council in this month’s local elections.

Labour’s Compliance Unit wrote to Klemperer on Monday giving notice he would have 14 days to appeal before his membership is revoked.

In an email obtained by The Electronic Intifada, Klemperer was described by a top Labour manager as one of “two who instigated the anti-Semitism row” at Oxford University Labour Club.

The second named in the email is Alex Chalmers, the former Israel lobby intern whose resignation as club co-chair in February kicked off the whole scandal.

Earlier this year, Chalmers (pictured above with right-wing Labour MP Caroline Flint) resigned from from the Oxford University Labour Club in a public Facebook post – citing rampant anti-semitism as the cause. His post read:

Whether it be members of the Executive throwing around the term ‘Zio’ (a term for Jews usually confined to websites run by the Ku Klux Klan) with casual abandon, senior members of the club expressing their ‘solidarity’ with Hamas and explicitly defending their tactics of indiscriminately murdering civilians, or a former Co-Chair claiming that ‘most accusations of antisemitism are just the Zionists crying wolf’, a large proportion of both OULC and the student left in Oxford more generally have some kind of problem with Jews. The decision of the club to endorse a movement with a history of targeting and harassing Jewish students and inviting antisemitic speakers to campuses, despite the concerns of Jewish students, illustrates how uneven and insincere much of the active membership is when it comes to liberation.

Klemperer followed up with a public Facebook statement of his own a few days later to add weight to the allegations. Going so far as to speak out about this alleged crisis within the Labour movement in pieces by The Independent, and the Jewish Chronicle. 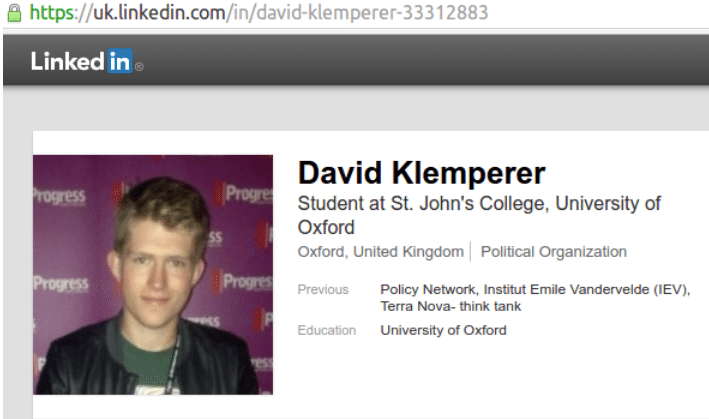 However, the Royall inquiry set up to review the allegations, found they were nothing but a hoax. The Royall report states that there was no evidence of “institutional anti-Semitism within” Oxford Union Labour Club. The inquiry went a step further, stating that “no form of anti-Semitism or racism is acceptable, including being used as a factional political tool.” The pair may now find themselves facing more serious consequences for their behaviour, as Royall’s report also states that “there was at least one case of serious false allegations of anti-Semitism which was reported to the police.”

Winstanley suggests this may involve the kinds of tactics seen deployed in Scotland. He writes:

This may be a reference to Rachel Bradshaw of Stirling University Labour society in Scotland. In March, Bradshaw was briefly suspended from the party. But hours later, she was reinstated, after evidence was submitted showing she had been the victim of a malicious hoax.

Bradshaw told Buzzfeed News that someone had posted anti-Semitic statements in her name using a fake social media account.

But Royall may be obliquely referring to cases in England too.

What is evident from the report is that Klemperer and Chalmers are in hot water now, as are those who leapt on their falsified claims to score political points. The accusations against the pair include:

Klemperer and Chalmers may have been behind the dissemination of a “dossier” of false claims of anti-Semitism at the club.

And that Chalmers was guilty of:

disseminating a false allegation that a left-wing Labour student at Oxford had organized people into a group to follow a Jewish student around campus calling her a “filthy Zionist,” and that he had been disciplined as a result.

All this, in efforts to silence criticism of Israel on campus, in the run up to a proposed Palestine Education Week – and in protest at the change in Labour’s policy direction on Israel with the arrival of Jeremy Corbyn as leader.

It is worthy of note from Winstanley’s report, that key figures involved in the matter have links to prominent Zionist groups. A central figure in the promotion of this smear campaign is Jeremy Newmark. Newmark is the former Chief Executive of the Jewish Leadership Council, which actively lobbies against Palestinian justice and the BDS Movement. He is now Chair of the Jewish Labour Movement – which is affiliated to the World Zionist Organisation. The UN has reported that the World Zionist Organisation channels millions of pounds into expanding Israel’s illegal settlement-building programme, which seizes land from Palestinians in order to build Jewish-only fortress towns.

In 2013, Newmark whipped up a similar furore over claims of anti-semitism. But the tribunal judge threw out the case, stating that Newmark had staged a “disturbing” attempt to crush free speech in the union, and that his evidence to the tribunal was “preposterous” and “untrue.”

Three years later, the Royall Inquiry is proposing that the Oxford Labour Club should run training sessions on anti-semitism, run by none other than the Jewish Labour Movement.

What is clear, is that the disingenuous attempts to link critics and criticism of Israel to anti-semitism are happening. Those with personal and political axes to grind have been leveraging it for their own purposes. Not only does this do a great injustice to the Palestinian people and their plight, but it offends the very real victims of anti-semitism around the world.

As I have written in a previous editorial on the matter, The Canary exists to confront hateful narratives like anti-semitism. Not only anti-semitism, but all prejudice, whether based on race, sexuality, gender or anything else. Which is more than can be said for those promoting the campaign against Corbyn and the progressive wing of the Labour party right now. If you agree, make this stand with us. Call out prejudice wherever you find it, and let’s have the same policy for bullshit too.

You can find out more about the BDS Movement by clicking here.

Read and support the fine work of Electronic Intifada by clicking here.