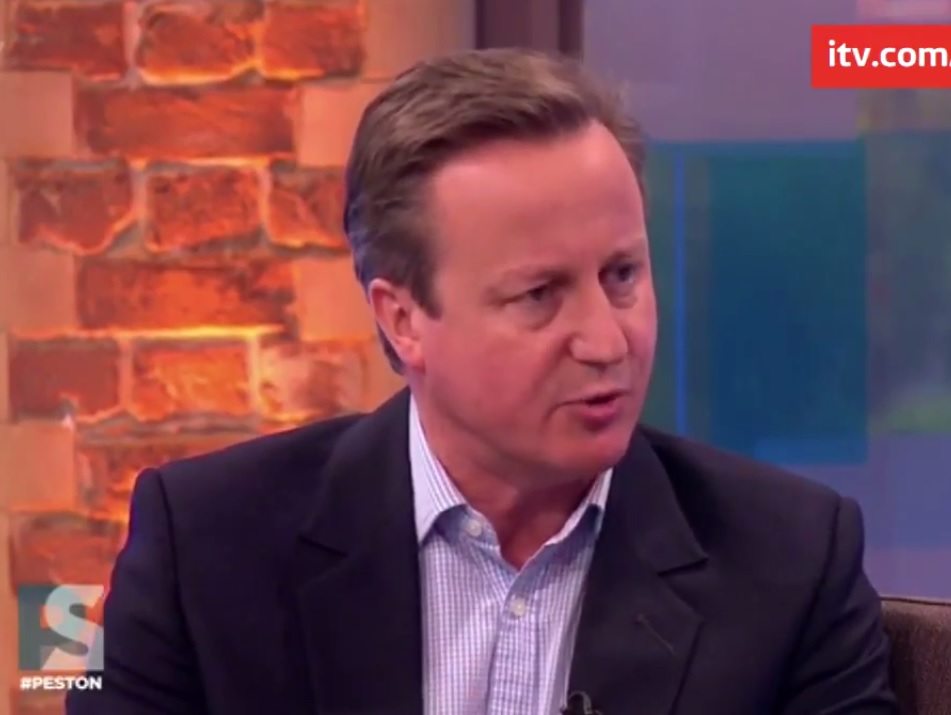 David Cameron has essentially admitted that the investigations into electoral fraud by his party may be well grounded. The confession was made on ITV’s Preston on Sunday after the Prime Minister was confronted about allegations of fraudulent activity by over 20 Tory MPs in their 2015 general election spending.

If proven this is more than enough to destroy the Conservative party majority in parliament, and throw the country’s governance into complete disarray.

During the ITV interview, Cameron was asked about the fate of Lord Feldman. Feldman is the chairman of the Conservative party, and was partly responsible for signing off on spending for the Conservatives’ general election campaign. Interviewer Robert Peston questioned:

But if you are found to have broken the rules do you think your great friend Lord Feldman will have to stand down?

Well, I don’t believe we have done anything wrong. If there were misdeclarations or things left out we have to put those in place but I’m confident we can answer all the questions that are being put to us.

The “things left out” that Cameron is referring to is more than £38,000 worth of hotel costs spent during the 2015 general election campaign. The Tories have already admitted omitting this spending in any of their expense returns, and excused it as an “administrative error”.

However, Cameron’s indication that there may have been “misdeclarations” in campaign spending is new, and vital. He is addressing the very heart of the scandal: that expenses which should have been declared as local spending were attributed to the national bill.

The furore over the misdeclaration of funding has largely centered on the Conservative’s much lauded 2015 BattleBus. But, as the Editor of Labour Rebuttal has noted, it actually applies to much more:

Failure to declare electoral expenses on the correct return, national or local, would be in breach of the Representation of the People Act (RPA) 1983. MPs found guilty could face up to one year in prison, substantial fines, and be barred from office for three years.

Also, the reallocation of the disputed expenses to a local return would push many of the accused MPs over the legal spending limit, meaning their parliamentary positions would come under dispute.

There is a pattern emerging in the government’s response to the allegations. It is explaining away potential wrongdoing as an “error” or “misdeclarations”. Seemingly, all the Conservative party think it is guilty of is being inept. This alone could give grounds for a vote of no confidence in the government.

However, the consistency of ‘errors’ has raised suspicions of something more going on. In fact, the SNP has now contacted the Metropolitan police urging them to launch a full-scale inquiry into the party. SNP MP Pete Wishart wrote to the UK’s most powerful police force raising concerns over the numerous investigations being carried out across the country. He said:

Where the ongoing cases will take their legal course, the Conservative Party as a whole must be properly investigated to ascertain if there was any systematic attempt to circumvent electoral legislation defining candidate and national expenditure.

Katie Woodland, one of the party’s previous campaign managers, has conceded that she believes overspending in Tory election campaigns is indeed “systematic”. Questioned about a further ongoing inquiry into fraud in three by-elections Woodland commented:

Now the Tories face such accusations on an epic scale. And although Cameron is attempting to deflect scrutiny by suggesting that Labour and the Liberal Democrats are guilty of the same behaviour, there is a crucial difference – and not just of size and scale of abuse.

The Conservative government have a very slim majority in parliament. Its majority lead totals less than the amount of MPs currently under investigation for electoral fraud. Whether the investigations decide any “misdeclaration” of funding was deliberate or accidental, the parliamentary positions of those MPs should be declared invalid.

UK politics may be about to get its biggest shake-up in decades. Democratic accountability is coming to the fore, and those who fall foul of it are on course for a very uncertain future.