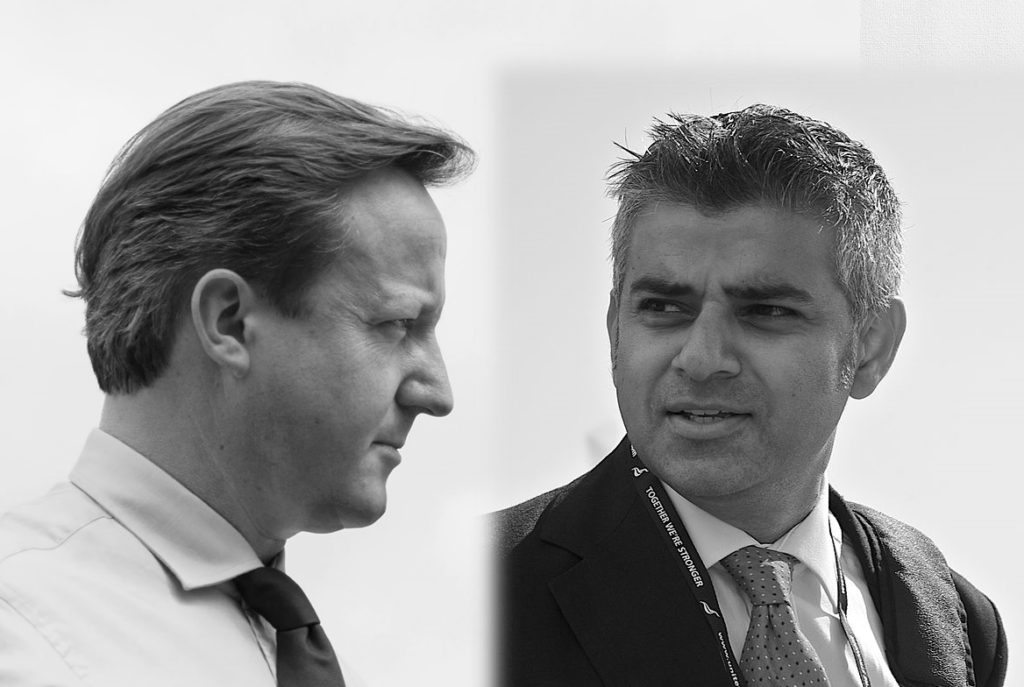 David Cameron opened himself up to a barrage of criticism and mockery on 30 May for appearing on a platform with a man he had slandered just weeks before. His pro-EU alliance with Mayor of London Sadiq Khan got attacked from both the left and right, as citizens clearly hadn’t forgotten the Prime Minister’s previous remarks.

Speaking at a rally in London on 30 May, Cameron insisted Khan was a “proud Brit”. But this was a big turnaround from the comments he had made in the run-up to the elections for Mayor of London. Backing up the race-baiting crusade launched by Khan’s Conservative competitor, millionaire Zac Goldsmith, Cameron had said:

the honourable member for Tooting [Khan], has appeared on a platform with [Suliman Gani] nine times. This man supports IS [Daesh]

In other words, the Prime Minister was saying that Khan had shared a platform with a Daesh sympathiser. The argument was that such a person could not be trusted.

Apart from the fact that Gani, a Tooting imam, has stressed his firm opposition to Daesh, this ‘guilt by association’ campaign also backfired because Gani had shared platforms with Conservatives, too. In fact, he had even supported the Conservative candidate who stood against Sadiq Khan in the 2015 general election.

After Gani launched a campaign against the slander aimed at him by Conservative leaders, a Downing Street spokesman said Cameron’s comments did:

On 25 May, the BBC also apologised for libelling Gani.

The fact that Cameron’s appearance with the Mayor of London at a pro-EU rally on 30 May came just weeks after Cameron’s Islamophobic smears meant that few people were going to let this go without comment. This may have been why newspaper journalists weren’t invited to the event, and why no press questions were allowed.

A number of the right-wingers whose votes the Conservatives had been courting in the run-up to the Mayor of London elections took to Twitter to slam Cameron for appearing with Khan. They clearly weren’t up to date with the news that the Prime Minister had actually been lying. And although some insisted they would now leave the Conservative party, some actually made good points:

There were also prominent criticisms from left-wingers, calling out Cameron’s cynicism:

Some praised Sadiq Khan for getting over Cameron’s slanderous attacks in a statesmanlike manner. Others thought it was a bad idea, with Shadow Chancellor John McDonnell even saying of Khan’s decision to work with “Cameron and his crew”:

Sharing a platform with them discredits us. It demotivates the very people we are trying to mobilise

But the general sentiments on social media were aimed at the Prime Minister, whose hypocrisy regarding Khan was condemned (as seen in the examples given above).

What this all shows is that the more Cameron flip-flops, the more he embarrasses himself. And the more he does that, the more he looks like a leader whose time in power is coming to an end.

– See other articles at The Canary on the EU referendum.