A groundbreaking poll reveals what young American Jews think about Israel, and it's not good - Canary 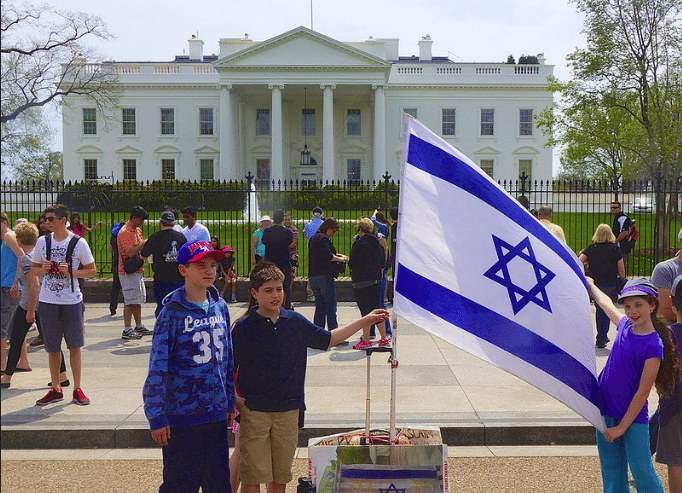 A groundbreaking poll by top US Republican strategist Frank Luntz has revealed what young American Jews feel about Israel, and it’s not good…for Israel.

Luntz addressed a closed meeting, organised in Israel for 150 top US backers, and told the room some shocking home truths:

– The Ministry of Tourism’s attempt to market Israel as a cool destination (girls and bikinis) has failed.

– Jewish American students have an increasingly negative image of Israel:

-Just 31% believe Israel is a democracy.

– No less than 21% believe the US should side with the Palestinians.

As Mondoweiss points out:

The new, or not so new, agenda put forward by Luntz and co: Israel’s supporters should say that they are in favour of a dialogue and peace-building through diplomacy, and accuse BDS supporters of obstructing dialogue, and spreading hate.

For Luntz to be the one admitting this strategy is failing, is significant. He is both it author, and its chief.

Back in 2009, Douglas Bloomfield and Newsweek released a secret hasbara handbook written for The Israel Project by the Luntz. The 116 page Global Language Dictionary was described by Richard Silverstein as “a veritable goldmine of arguments, strategy, tactics…anyone who wants to get inside the head of the Israel lobby must read this document.”

The document details the precise tactics used by Israeli spokespeople, lawmakers, and their allies to illicit support from Western audiences. In short, a playbook of how to say the stuff we like to hear, in order to manipulate us into supporting the illegal occupation and all that goes with it.

But times are changing. As new media and large scale social-media driven movements persists in unpicking the reality from the myth of Israel – from its inception of ethnic cleansing, to its present apartheid and brutality – it’s proving harder to keep the public in the dark. When people come face to face with the reality of Israel, most of them withdraw their support, and many of them become impassioned activists for change.

The widely publicised assaults on the Gaza strip in recent years have driven many former supporters of Israel to do just that. One prominent organisation gathering mass support is Jewish Voice for Peace (JVP), an imperfect but nevertheless powerful group which works to raise awareness of the occupation with Jewish communities in the US and around the world. As Forward reports:

There are now 65 JVP chapters, up from 40 a year ago. Vilkomerson says JVP now has 9,000 dues-paying members, compared with 600 when the Forward last profiled the group in 2011. In the tax year that ended in June 2013, JVP had $1.1 million in donations. Vilkomerson said she expects this year’s total to top $2 million, almost all of it from individuals. The group has more than 204,000 Facebook followers, more than twice as many as the American Israel Public Affairs Committee and about eight times as many as J Street.

These efforts are paying off.

It is also important for us to remember that not all Jewish people are Zionists, and not all Zionists are Jewish. Far from it. As the Jewish Socialists Group wrote in a statement recently:

Zionism is a political ideology which has always been contested within Jewish life since it emerged in 1897, and it is entirely legitimate for non-Jews as well as Jews to express opinions about it, whether positive or negative. Not all Jews are Zionists. Not all Zionists are Jews.

Finally, it feels like momentum is gaining in the quest to find a just peace in the Middle East. The winds of change are blowing, and not a moment too soon for the Palestinians who have suffered – almost alone – for so long.