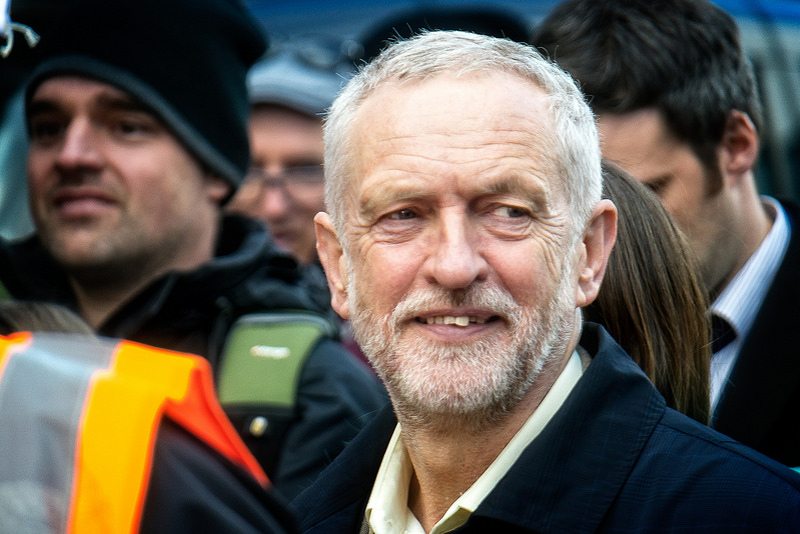 Jeremy Corbyn just did away with the flagship arguments of UKIP and the Conservatives with a single comment. Speaking of the immense pressure public services are under, he said:

This comment whacks two birds with one stone. UKIP gains support by blaming immigration for our squeezed public services, which are really a result of Conservative austerity policies. By highlighting the crux of the problem – austerity – Corbyn’s Labour challenges both UKIP’s anti-immigration rhetoric and the Conservative’s core policy.

In his speech on the European Union, Corbyn did not dismiss concerns about immigration, but was sympathetic:

Some communities can change dramatically and rapidly, and that can be disconcerting for some people, that doesn’t make them Little Englanders, xenophobes or racists. More people living in an area can put real pressure on local services like GP surgeries, schools and housing.

Within the context of austerity, immigration can indeed squeeze our public services further. But if we had properly funded public services, it wouldn’t be a problem.

An arbitrary austerity agenda is to blame here, not migrants. Germany has 9 hospital beds per 1,000 citizens, whereas in England we have only 3 per 1,000. The point is that we could and should fund our nation’s healthcare properly, especially as it is part of the foundation for a productive economy. Healthy people work better.

Britain is gripped in a housing crisis at present and a long-term plan is vital. Currently, if you earn the national average salary of £26,500, 91% of England and Wales would be beyond what you could afford.

But this is the fault of a Conservative government failing to build social housing because of an ideological austerity agenda – not immigration.

Social housing is a macroeconomic no-brainer because it not only provides families with security, but also makes the nation money. The costs of production do not just disappear, but are paid back to the state through affordable rents.

Families are then liberated from landlords and have more disposable income to spend in their local economy.

Social housing also stimulates the economy through demand for construction jobs and supplies.

We are not restricted by cost, or by land. Data taken from the Land Use Database (p7) shows that only one tenth of England’s surface area is developed at all.

And we are not restricted by immigration. The only restriction is the ideological austerity of the government.

Instead of pandering to anti-immigration sentiment and alienating free movement supporters, like Ed Miliband did with the ‘tough on immigration’ campaign mugs, Labour should be hammering home at every opportunity that austerity is to blame.

On Thursday, Corbyn did well to highlight that it is not immigration or EU free movement that is squeezing ordinary people, but austerity.

– Support the Canary so we can continue to bring you the context that matters.
– Write to your MP to express any discontent.
– Pledge to take direct action.