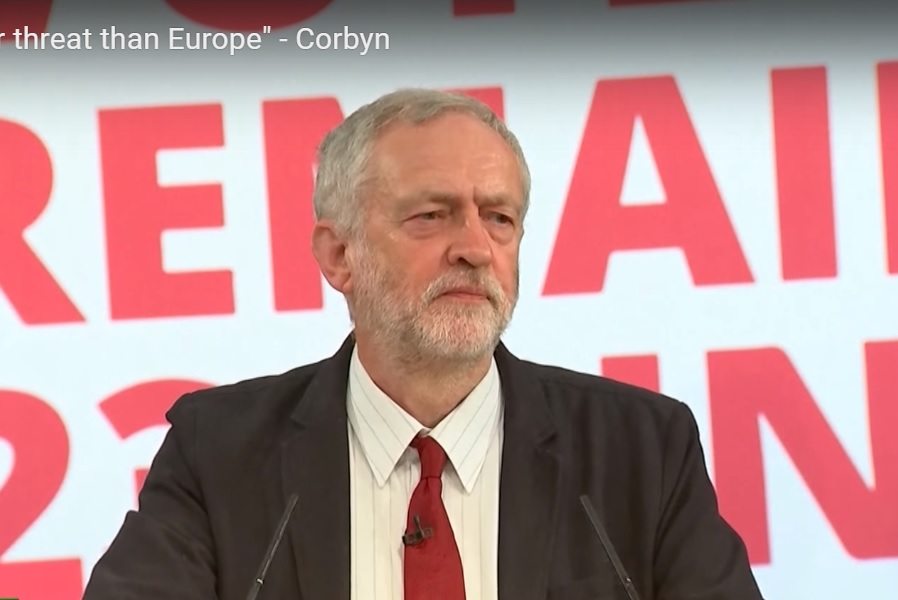 Jeremy Corbyn has just thrown down the gauntlet to David Cameron. Pledging to block an international deal aimed at giving greater – and anti-democratic – powers to large corporations, the Labour leader has challenged David Cameron to do the same.

The agreement in question is the Transatlantic Trade and Investment Partnership (TTIP), a secretive and controversial US-EU deal which could see corporations take governments to court they believe regulations have affected their potential profits.

At a speech on 2 June, Corbyn shared the concerns of thousands of people who had contacted Labour about TTIP, saying:

Many are concerned quite rightly that it could open up public services to further privatisation and make privatisation effectively irreversible… Others are concerned about potential watering down of consumer rights, food safety standards, rights at work or environmental protections… And a facility for corporations to take national governments to court if regulations impinge on their profits.

But he didn’t stop there. Over TTIP, he said:

There’s a challenge to the Prime Minister.

In other words, he insisted, the best way to stop the deal was to stay in the EU and:

He then confronted David Cameron, asking:

Will you block any TTIP trade treaty that threatens our public services, our consumer rights and our employment gains? Or that hands power over to giant corporations to override democratically elected governments?

You can see Corbyn’s pledge and challenge to the Prime Minister here:

The Institute of Directors (IoD), a lobbying group for business interests, responded to Corbyn’s challenge by saying:

An overwhelming majority of IoD members support the US-EU trade deal… We urge the Labour party to wait until the agreement has been finalised before rushing to judgement.

Given the group’s vested interests in TTIP, it is unsurprising that it then called critics of the deal like Corbyn “opportunistic or misguided politicians”.

But the Labour leader’s concerns have been echoed by both academics and campaign groups.

Greenpeace, for example, has insisted that the deal isn’t about trade but about “corporate power”. It is, the group says:

Noam Chomsky, meanwhile, has said that deals like TTIP aren’t even trade agreements. Instead, he has called them “investor rights agreements”.

So it seems Jeremy Corbyn has positioned himself on the side of democracy, the environment, and workers’ rights, and against privatisation and increased corporate power.

On the other hand, Global Justice Now Director Nick Dearden has accused David Cameron of pushing the hardest for TTIP and “handing over sovereignty for the sake of it”.

Because of strong parliamentary opposition, however, Cameron recently capitulated to demands for an official amendment to the Queen’s Speech promising to protect the NHS from toxic investor rights agreements.

The Prime Minister has already been forced to water down his own commitment to the anti-democratic TTIP. Will popular opposition from Corbyn and others push him to go even further?

– See other articles at The Canary about TTIP and sign this petition against the deal.

– Support the campaign against the privatisation of our NHS.