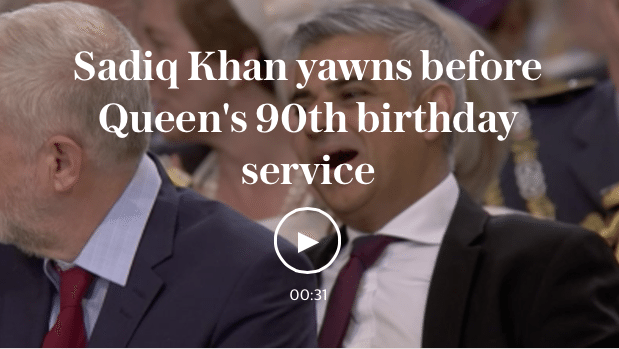 In a fit of outrage not witnessed since Jeremy Corbyn met the Queen with a slightly askew tie, The Telegraph has whipped itself into a frenzy over Sadiq Khan’s apparent yawn during her Majesty’s 90th birthday service on Friday. 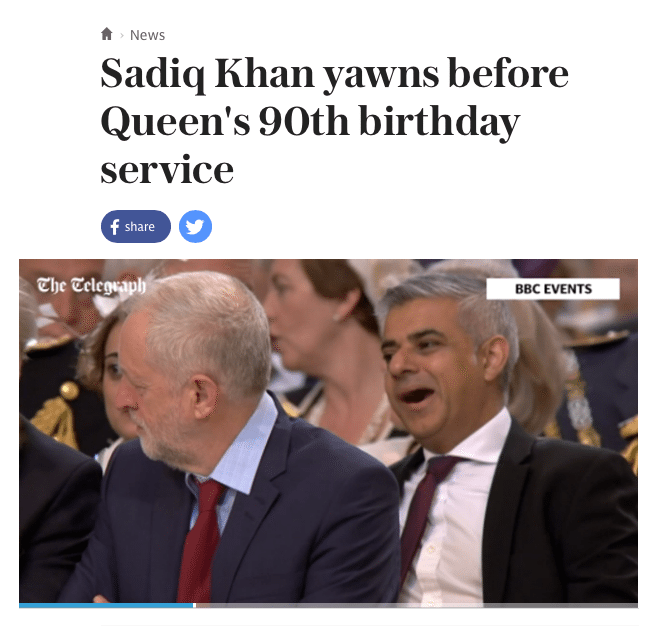 Today, there are conflicts to be covered across the Middle East, allegations of electoral fraud (unprecedented in UK history), the Conservative party is in civil war over the EU Referendum, the economy is stalled, working people are seeing their wages and working conditions plummet – and The Telegraph devotes airtime to watching the Mayor of London yawn while awaiting the commencement of a royal ceremony.

What planet are they living on?