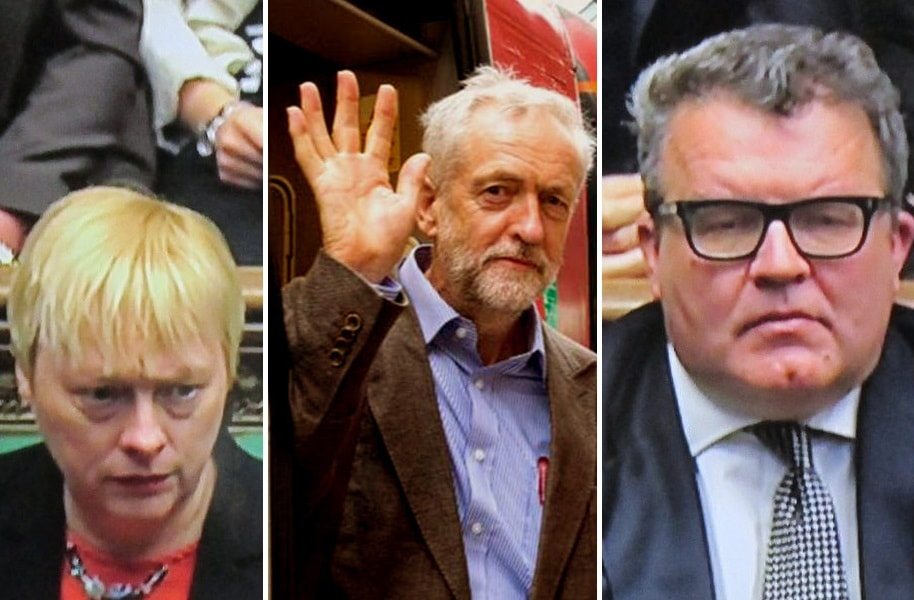 Proving the Labour coup has nothing up its sleeve, Blairite MP Angela Eagle has ‘threatened‘ Jeremy Corbyn with a leadership challenge unless the Labour leader quits.

Angela Eagle: "If Jeremy doesn't resolve this then I will".

Apparently, Eagle has forgotten that a leadership challenge is exactly what Corbyn has been calling for since the first day of the evaporating coup:

Those who want to change Labour’s leadership will have to stand in a democratic election, in which I will be a candidate.

Amusingly, it looks like Eagle has threatened the Labour leader with his own victory.

After a mind-blowing display of support for Corbyn, the Labour coup has careered swiftly into a legal brick wall. Labour party legal advice states the leader will automatically be on the ballot paper in the upcoming leadership election.

The support has come from all angles – in the form of a 10,000 strong last minute demonstration, a petition that has skyrocketed to nearly 260,000 signatures, and a Labour membership increase of a whopping 60,000. New members are not asked whether they support the present leader, but The Independent reports:

Of the new members, 20,000 have been checked and over half are thought to have joined to support Mr Corbyn.

While some will be joining to vote against him, it is not just the rallies up and down the country and the petition that suggests many have subscribed to back Corbyn. Momentum, the grassroots campaign group for Corbyn, has reported its membership has doubled to over 12,000 since the coup began, coupled with record-breaking daily donations of £11,000. Embarrassingly for the plotters, the Labour coup has only increased Corbyn’s support.

And it’s not just Corbyn’s grassroots base that looks very strong. Rejecting the no-confidence vote, over 240 Labour councillors have signed a letter maintaining their support for Corbyn. In a further indication of his robust local support, a Newsnight survey of 50 Constituency Labour Party (CLP) chairs found that 90% of them still back Corbyn. The leaders of the 12 strongest unions in the United Kingdom also wrote a letter of support following the attempted coup.

That a leader can look so sturdy in the face of an 172 MP strong no-confidence vote shows how much support he really has outside of the Parliamentary Labour Party (PLP).

Since the very beginning of the coup, Corbyn has been calling for a leadership challenge. Now Eagle steps up as if she’s raising the stakes with her ‘mighty’ call to arms. The coup crew really didn’t think this through.

READ MORE: Why Angela Eagle is unfit to lead the Labour party.