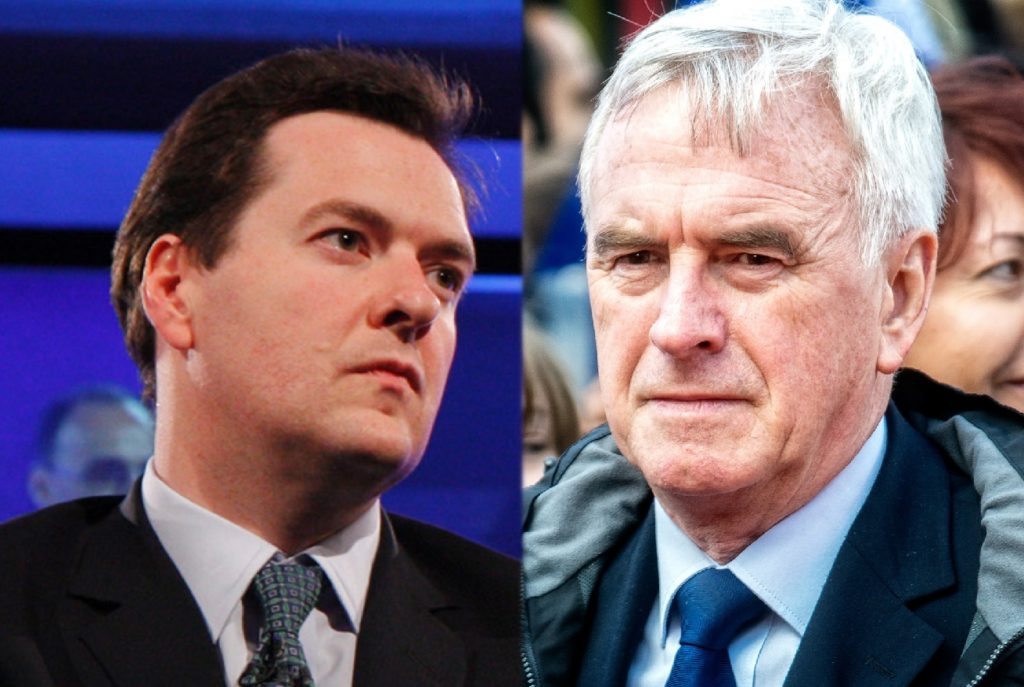 After the vote for Brexit on 23 June, Chancellor George Osborne quickly backed out of his arbitrary austerity deadlines. But that didn’t mean he had suddenly experienced a miraculous conversion to mainstream economic thought. On 3 July, he made it clear that his priority was still fighting the corner of big businesses, announcing plans to slash corporation tax by at least 5%. This did not go unnoticed by Shadow Chancellor John McDonnell.

Speaking to the Financial Times, Osborne said he wanted to “make the most of the hand we’ve been dealt” in the recent EU referendum, and show that the UK was “still open for business”. To attract businesses wary about investing in a post-Brexit Britain, he promised to cut corporation tax to under 15%, slashing over 5% off the current rate of 20%.

turning the whole country into a giant tax haven and playground for the ultra-rich.

With Osborne already on course to give the UK the lowest levels of corporation tax in the G20, McDonnell said, the Chancellor’s new commitment was simply:

a futile and costly gesture from a lame-duck chancellor who is clean out of ideas after being forced to abandon his failing flagship austerity programme.

Calling the plans “counter-productive” and claiming they would “hit ordinary taxpayers” the hardest, the Shadow Chancellor described how:

despite falling corporate tax rates, UK investment has shrunk in both of the last two quarters even with record profits and UK companies sitting on a £700bn cash pile.

Real relief for British citizens, he insisted, would come from:

reversing planned cuts to government investment and bringing forward shovel-ready projects for those areas worst affected by the investment slump and the shock of Brexit.

No real end to austerity in sight

Although Osborne effectively abandoned the central part of his economic strategy following the Brexit vote by scrapping the idea of returning government finances to a surplus by 2020, that was always going to happen at some point. Long before the EU referendum, he was criticised for falling behind on his own programme and missing two out of three of his arbitrary targets.

The Chancellor is also the person responsible for reducing the number of civil servants in Britain to its lowest level for 75 years, pushing councils to provide only the legal minimum in mental health and elderly care services, and leaving the NHS with a suspected spending shortfall of over £20bn by 2020. Around £12bn of welfare cuts will also still go ahead over the next four years.

And all of this is in spite of the fact that even Osborne’s former ideological allies no longer consider austerity measures to be the best way forward. According to the Guardian’s Phillip Inman, many of the international economic bodies which backed Osborne’s policies back in 2010 have now “performed dramatic U-turns, usually without much fanfare”. In fact, John McDonnell has previously claimed that there were “no credible economists that could be found to support the Chancellor’s surplus target in the first place”.

Both the International Monetary Fund and the Organisation for Economic Cooperation and Development have urged governments to invest more public money on transport, housing, and digital infrastructure. The bosses of the Bank of England and the European Central Bank, meanwhile, have also called on governments to take action of their own to boost economic growth. Osborne, however, is currently on course to oversee a sharp fall in public spending on infrastructure from 2018 onwards.

In spite of recommendations from everyone from former allies to the Shadow Chancellor, Osborne appears to have no current plans to increase investment. Instead, he seems committed to turning the UK into a tax haven for big businesses while neglecting the needs of Britain’s most deprived communities. We should not be tricked into thinking that the Chancellor has turned a new page. He’s got the same fetish for austerity that he’s always had.

– See other Canary articles on austerity, George Osborne, and the Panama Papers.

– Support The Canary, so we can continue to hold those in government to account.

Featured image via Garry Knight/Flickr and Foreign and Commonwealth Office/Flickr.