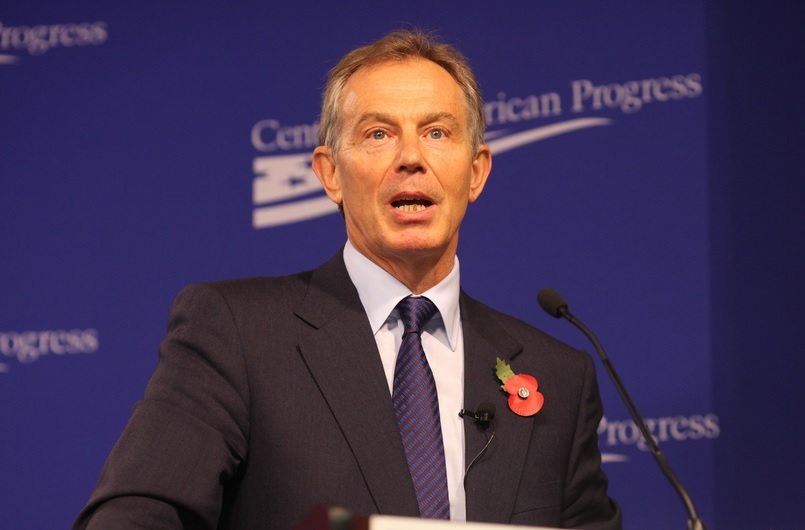 Sir John Chilcot, whose eagerly awaited report on the Iraq war has just been published, has made a damning indictment of Tony Blair’s leadership. Although barely scratching the surface of Blair’s true failings as a Prime Minister or, indeed, a human being, Chilcot has at least confirmed one thing: Blair was a sh*t leader, whose incompetence and recklessness should be used as a blueprint of how not to govern a country.

Speaking ahead of the publication of his report, Chilcot commented on what lessons should be learnt from the catastrophe of the Iraq invasion. He asserted:

The main expectation that I have is that it will not be possible in future to engage in a military or indeed a diplomatic endeavour on such a scale and of such gravity without really careful challenge analysis and assessment and collective political judgment being applied to it.

There are many lessons in the report but that probably is the central one for the future.

So, Chilcot believes the central lesson that should be taken from his findings is that “really careful analysis and assessment” should be undertaken before razing an entire country to the ground – and murdering up to a million Iraqi civilians in the process. That this even needs to be said is astonishing. But that it was shows that such analysis and assessment was severely lacking in the political deliberations on Iraq.

Of course, there are suspicions – and hard evidence – that “assessment” did take place. But it was focused on how to convince MPs and the wider public that an already planned war on Iraq should take place. And the fact that the ‘convincer’ in this manipulation may have involved exaggerations, lies, and illegality is why UK politicians are calling for Blair to face retribution for it.

Chilcot’s call for “collective political judgement” in any future military decisions is also telling. There was this sort of judgement in the form of a vote in parliament on 18 March 2003 where 412 MPs ‘collectively’ voted for the war. But perhaps Chilcot is noting the failure of these MPs to draw on the judgement of the people they are meant to serve – the public. Over 1 million people marched in the streets of London alone on 15 February 2003 – 30 million people worldwide – to protest the war. But their voices fell on deaf political ears.

Or maybe Chilcot is expressing regret that the 149 MPs who voted against the war were not heeded. One such vote was made by the current Labour party leader Jeremy Corbyn, who has been consistent in his opposition to the war throughout.

Blair too, has been consistent in his opposition to Corbyn’s leadership. He has urged voters who feel their ‘heart is with Corbyn’ to “get a transplant“. He has described Corbyn’s politics as one of protest rather than leadership:

But now Blair, the “guy whose face is on the placard”, has been told that the “political judgement” of people like Corbyn, the “guy with the placard”, should have been “applied” to decision making over Iraq. And, no less, this comes from Chilcot; the person who has riffled through every nook and cranny of Blair’s fateful choice.

If such judgement had been applied in 2003 the world would look very different today. But the clock cannot be turned back. So, we now must look to the future and decide who’s judgement we trust to take us forward.

Read our other articles on the Chilcot report.

Take action with the Stop the War coalition

Image via Center for American Progress/Flickr