The Sun has just printed one of the vilest columns ever to disgrace its pages [TWEETS, IMAGES] - The Canary 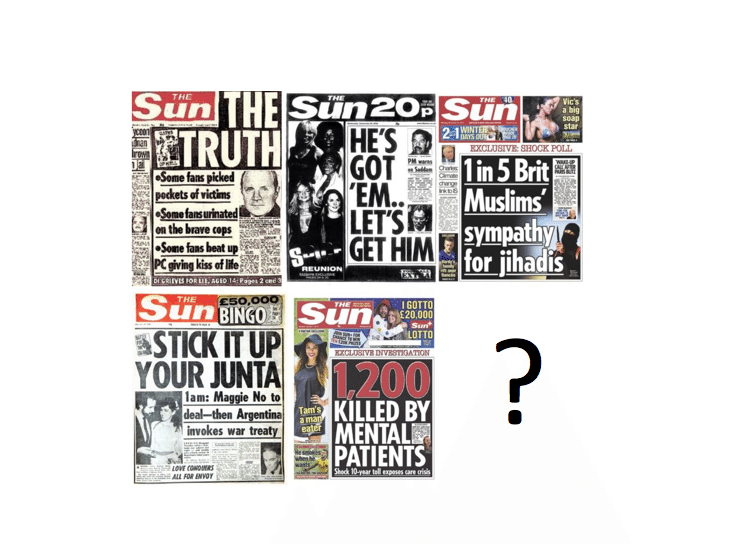 Just when you think The Sun couldn’t sink any lower into the gutter of UK media – they manage to flush themselves out of the tabloid storm drain and into the North Sea.

Former editor turned “opinion” writer, Kelvin MacKenzie, took to the newspaper on Friday, to write a response to criticism that was fired at him over a column on Monday. In the piece on 18 July, he denounced Channel 4 News for allowing presenter Fatima Manji to wear a hijab while presenting coverage of the massacre in Nice, France where 84 people were killed.

On Monday he wrote:

Was it appropriate for her to be on camera when there had been yet another shocking slaughter by a Muslim? […] Was it done to stick one in the eye of the ordinary viewer who looks at the hijab as a sign of the slavery of Muslim women by a male- dominated and clearly violent religion?

Umm, no, Kelvin – it was probably because Manji wanted to wear it. But then The Sun can’t be seen to be supporting women having freedom of expression. Unless it involves exposing their mammary glands for money.

Manji wrote a counter-argument for the Liverpool Echo on Tuesday, in which she said:

She concluded by saying that:

THE TRUTH? I confess. I pi**ed on Kelvin MacKenzie’s apparent ambitions to force anyone who looks a little different off our screens, and I’ll keep doing it.

This probably came as an unpleasant wake-up call to MacKenzie, as the only pi**ing he’s used to is the one where he outrageously defames Liverpool fans by saying they do it on police officers.

So, not to be silenced, the man responsible for one of the most disgusting smear campaigns in UK media history (against the Liverpool fans and victims of the Hillsborough tragedy) tried to justify his obtuse comments in another column. He said:

If, for instance, one of the regular presenters was a Christian (I’m joking since at C4 you wouldn’t get an interview) would they be allowed to wear a huge cross outside of their shirt or blouse to the same prominence as a hijab?

Showing absolutely no remorse for his despicable slandering of Manji, and building a straw man the size of which was last seen on the island of Summerisle (and was named Wicker), MacKenzie pursues his twisted argument to its (il)logical end. He writes:

With all the major terrorist outrages in the world currently being carried out by Muslims, I think the rest of us are reasonably entitled to have concerns about what is beating in their religious hearts. Who was in the studio representing our fears?

What MacKenzie is saying is that he found it distasteful that a Muslim presenter should be reporting on a crime where the perpetrator was allegedly a Muslim – and that there should be no freedom of religion for news presenters.

Sadly for him, his ineptitude and blatant bigotry is fooling no-one, least of all ITN news, who have now officially complained to Ofcom. The Independent Press Standards Organisation (Ipso) had already received over 1,700 complaints, and Manji herself has also complained to Ofcom.

Not that The Sun will care. All this comes in the same week they ran an appalling article about India Chipchase, a 20-year old woman who was raped and murdered in Northampton in January. As The Canary reported, The Sun printed an astonishing piece, effectively blaming Chipchase for her own brutal rape and murder:

Woman ‘drank six Jagerbombs in ten minutes on the night she was raped and murdered’ https://t.co/47HGvlWz23 pic.twitter.com/3WYZ1zGDNh

This was the original headline to the article, which the quickly removed:

It seems that The Sun and its editors just do not know when to shut up. That, or they are so desperately obsessed with trying to boost a faltering readership, that any semblance of responsible reporting has long since been abandoned.

But then, after decades of headlines like these, did they ever have any morals in the first place? 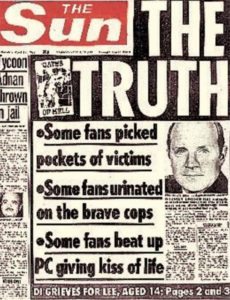 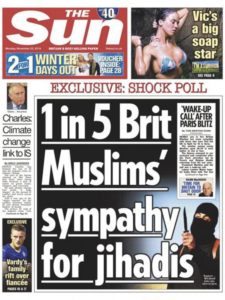 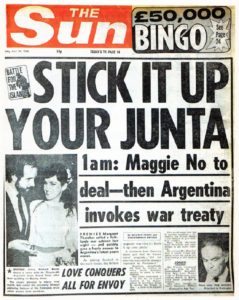 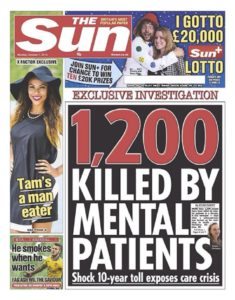 The Canary would politely ask its readers not to click through to any of the links to the Sun in this article. This thoroughly odious and shameless excuse for a newspaper does not deserve one more reader than is necessary. May it eventually end up being recycled into something useful. Preferably the roll which hangs in all our toilets, as that would be most fitting.

Complain to the IPSO, the press regulator, about The Sun.