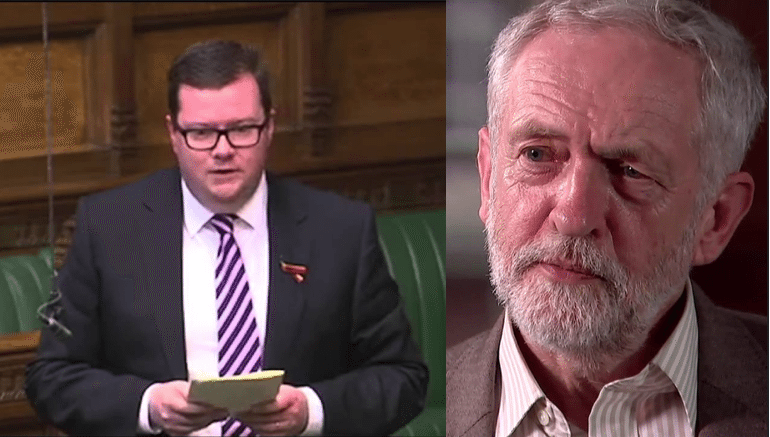 Anti-Corbyn Labour MP Conor McGinn launched a bizarre attack on Jeremy Corbyn on Thursday, which promptly blew up in his face.

McGinn, who is MP for St Helens North and the official Labour Whip (supposedly, the enforcer of discipline within the party) – backed the coup against party leader Jeremy Corbyn. On Thursday, he took things a step further by tweeting:

.@jeremycorbyn Did you threaten to ring my Dad – who you don't know – to 'get him to talk to me' after reading my @theHouse_mag interview?

McGinn is referring to an incident which he alleges occurred 10 months ago. Moments later, he added:

My Dad was Sinn Féin councillor. When I – as a Labour MP – challenged Jeremy, he demanded an apology and said he was going to ring my Dad.

The accusation McGinn is making is that Jeremy Corbyn ‘threatened’ to ring his Dad to inform him of his son’s defection to the neoliberal wing of politics. It’s unclear what McGinn hoped to achieve from the outburst, but what ended up happening was this.

what is he, like 13? If his father isn't embarrassed by him, he should be!

did you get grounded

That rules. I hope you got sent to bed without dessert

thats pretty serious! You could have ended up grounded over that. If he tries that again make sure you tell a dinner lady!

And our personal favourite.

Travis Bickle stands half naked in front of a mirror.
He envisages his enemy. He pauses.
'Did you threaten to ring my Dad?'.

As UK politics moves from the ridiculous to the absurd (and beyond), the increasingly hysterical outbursts from plotters of the thwarted Labour coup are becoming an ever more un-edifying spectacle to behold.

The party has a leader with the largest democratic mandate of any political leader in UK history, and the surge in party membership since his election means Labour now has more members than all the other UK political parties combined. They’ve won every by-election, the May local elections and four mayoral elections since Corbyn came to power. In fact, even in the throes of this anti-democratic coup, the party just won a landslide in Reading:

Despite all this, a wing of the party which led Labour into not one, but two, disastrous General Election defeats and flat-lined the party membership is arguing – with a straight face – that the movement driven by Corbyn is ‘unelectable’. To any rational observer, this might bear the whiff of madness. It’s surely enough to put Walter Mitty out of a job.