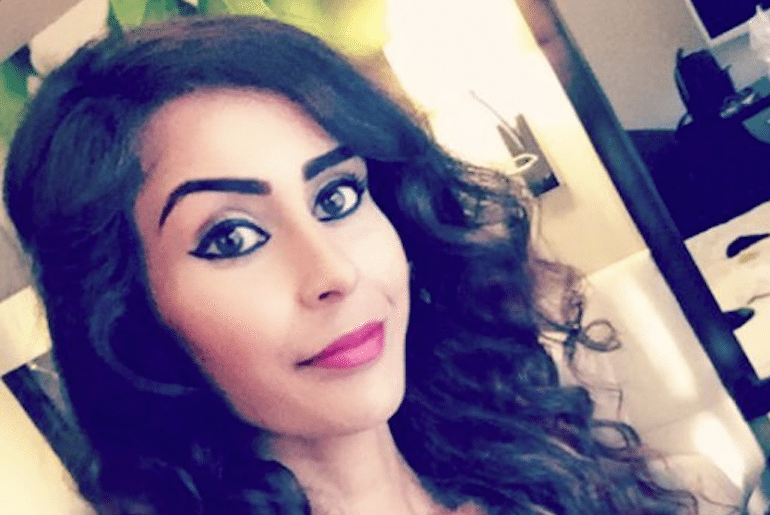 An NHS worker returning from her honeymoon was detained by police under ‘Schedule 7’ after cabin crew on her flight reported her for the book she was reading.

On 25 July, Faizah Shaheen – a 27-year-old psychotherapist from Leeds – returned from what should have been a two-week dream holiday unwinding in the tourist hotspot of Marmaris, Turkey. Unfortunately, the crew on the flight there didn’t like her choice of literature, so upon arriving in Doncaster Airport she had the book of counter-terror charges flung in her face and was detained under Schedule 7 of the Counter-Terrorism Act 2008.

It seems burying your head in a book on art and culture is a real cause for concern these days. Serves Shaheen right for reading English PEN award-winning text Syria Speaks: Art and Culture from the Frontline. A member of the Thomson Airways cabin crew reported the activity as suspicious so South Yorkshire police detained and questioned her for 15 minutes.

Ironically, in her role with the NHS, Shaheen is apparently involved in de-radicalisation activities as part of the government’s Prevent programme.

In an article in The Independent, Shaheen is described as being quite upset by the whole incident and is taking up a formal complaint against the police and the airline.

Thomson Airways reportedly said it “understands Ms. Shaheen’s frustration” but, essentially, both the airline and the police say that they were acting within protocol.

Schedule 7 is in fact a routine protocol, invoked daily and thousands of times per year. The subjects concerned are South Asian 45% of the time – whether that’s Bengali, Indian or Pakistani. Essentially, it involves people who ‘look Muslim’.

It occurs when counter-terrorism staff have been passed suspicious information, but the law actually dictates that they do not need reasonable grounds of suspicion.

The rationale is that Schedule 7 allows security officials to collect low-level intelligence. The impact, however, is that it frustrates passengers and the Muslim community, as it has resulted in delays and sometimes even missed flights. Muslims ultimately feel they are the ones being targeted, and the result for societal relations is self-explanatory. The intelligence value, meanwhile, hasn’t been proven.

Shaheen herself explains the impact it had on her:

Instead of reminiscing about our honeymoon I am left talking about this experience.

I do question whether it would be different if it was someone who wasn’t Muslim.

Human rights activists have been campaigning to get the law repealed, as in essence it is no different to the previous Section 44 which allowed the stop and search of any person or vehicle within a specific area. That provision was held to be unlawful by the European Court of Human Rights.

Jo Glanville, Director of English PEN, has also spoken out in relation to Shaheen’s detention and said:

Thomson Airways should be highly embarrassed about this gross act of misjudgment. The current culture of anxiety around extremism now means that even our reading material has become grounds for suspicion of terrorist activity. The freedom to read any book, no matter the subject, is a fundamental cornerstone of our liberty. No one should ever be detained or questioned by the police on the basis of the literature they’re reading.

Of Schedule 7, she had this to say:

This case also highlights the continuing problem of Schedule 7 of the Terrorism Act, under which the police can detain individuals without grounds of suspicion of involvement in terrorism or other criminal activities. It is overdue for reform.

There have been incremental amendments to the procedure due to some high-profile cases. The most notable of these followed the detention of David Miranda, the partner of Glenn Greenwald – a journalist who was instrumental in helping the release of Edward Snowden’s National Security Agency (NSA) documents in the US.

Miranda was detained in 2013 at London Heathrow airport as he was carrying the documents for Greenwald. The public exposure led to some softening of powers, although these were negligible and had no real impact. But public dialogue has been opened up and discussion on the utility and wider impact of these provisions is now out there.

Shaheen’s example illustrates both the utility and the impact, and highlights how such draconian laws really aren’t helping our national security at all.

– Learn more about Schedule 7 on the website of Liberty.

– Know your rights in relation to Schedule 7.

– Support NGOs working to protect civil liberties in the UK including: