Jeremy Corbyn's new idea might just transform our workplaces, and our health - Canary 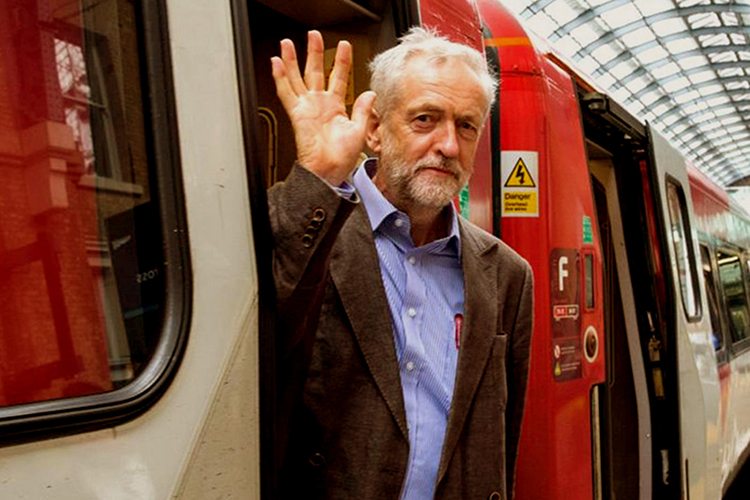 As Jeremy Corbyn continues his Labour leadership campaign tour, he has the chance to place his full focus on the policies he wants for a Labour government. One of these is increased workers’ rights, demonstrated in a Q&A with Daily Mirror readers on 6 August when he was asked whether or not he supported ‘the six-hour working day’. The Labour leader responded that this was indeed a possibility, and would be discussed as part of the Workplace 2020 initiative.

But a shorter working day is not simply a novelty, or a free ride. It could have deep consequences for the economy and public health.

Corbyn announced Labour’s Workplace 2020, an employment reform initiative aimed at “boosting the rights of employees and encouraging trade union membership”, back in May. He called it a chance to unlock the “potential in everybody to think of creative ideas of how we can do things differently and better”:

those at work want rights, want a voice, want democracy but above all, want to be able to contribute so that their skills are fully utilised.

The May Day announcement hinted at the policy plan for ‘democracy at work‘, one of the 10 pledges announced on 4 August for Corbyn’s leadership campaign. The work pledges include an end to zero-hour contracts, new collective bargaining rights for workers, and an attack on the exploitation and undercutting of labour, including that of migrants.

There’s been no mention of how Workplace 2020 fits into Corbyn’s plan for the leadership before the next general election should he win the contest. But his consideration of the shorter working day does fit with the direction of his health policy – and could build significant changes into our economy.

Six hour working days are currently being trialled in some European countries, with positive results leading to advocacy by both academics and psychologists. Studies report workers feeling more focused and productive, with company profits increasing. The Independent reports that the average working week in Britain is 43.6 hours, or 8 hours 40 minutes per day. The move to a policy for a six-hour working day would make for a typical 30-ish-hour working week – reducing the average worker’s default hours by more than a quarter.

In order for this to be of benefit, of course, wages and salaries would have to be reconstructed to at least remain the same in real terms, while being fitted around a new schedule.

Research by the New Economics Foundation, a London-based think-tank on economic and social policy, has gone even further, famously proposing the idea of a 21-hour week.

The foundation’s report into shorter working hours claims that it’s not that radical an idea, and that it could help solve the “multiple crises” we face in the economy:

Twenty-one hours is close to the average that people of working age in Britain spend in paid work and just a little more than the average spent in unpaid work.

A ‘normal’ working week of 21 hours could help to address a range of urgent, interlinked problems: overwork, unemployment, over-consumption, high carbon emissions, low well-being, entrenched inequalities, and the lack of time to live sustainably, to care for each other, and simply to enjoy life.

This proposal was bolstered by the President of the UK Faculty of Public Health, John Ashton, in 2014, when he said that a four-day working week is needed to combat stress:

When you look at the way we lead our lives, the stress people are under, the pressure on time and sickness absence, mental health is clearly a major issue. We should be moving towards a four-day week because you’ve got a proportion of people who are working too hard and a proportion that haven’t got jobs. The lunch-hour has gone; people just have a sandwich at their desk and carry on working.

The foregrounding of mental health as a major issue has been a huge part of Corbyn’s leadership campaign for a second time. At his Bristol rally on 8 August, he was joined by Diane Abbott, a longtime ally and the current Shadow Health Secretary. Both their speeches highlighted the searing and widespread damage done to Britons’ mental health under the prolonged stress caused by austerity policies, and by the simultaneous cuts to already inadequate mental health services.

Abbott stressed that it was immigrants, such as her mother, a West Indian woman who worked here as a mental health nurse, who built the NHS. She pledged that there would be greater public investment, and an end to wasteful PFI schemes and other privatisation measures. Corbyn followed her by saying that the mental health of a country, and how governments respond to it, is a “litmus test” for how we deal with society in general.

Overall, it’s heartening to see a radical approach to public health, instead of private profit under the guise of ‘efficiency‘, coming back into public debate with a focus on the continuing mental health crisis. A shorter working week should give more space for each and every worker to manage their own stress and health, and to enjoy the potential benefits.

Write to your MP and the Prime Minister about work policy.