Monday 8 August may go down in history as Black Monday for anti-Corbyn campaigns. First, the High Court ruled that their plan to exclude 130,000 Labour members from voting in the leadership election was illegal. Then, pro-Corbyn candidates swept the board in elections to the party’s ruling NEC. Here are the five biggest meltdowns by public figures who suddenly realised that Jeremy Corbyn might just win this…

Maguire seemed unable to reconcile the fact that supporters of Jeremy Corbyn are also supporters of a robust justice system. He sent out this bizarre tweet in the wake of the ruling:

His point – which we’re still not quite clear on – was lost on just about everybody. 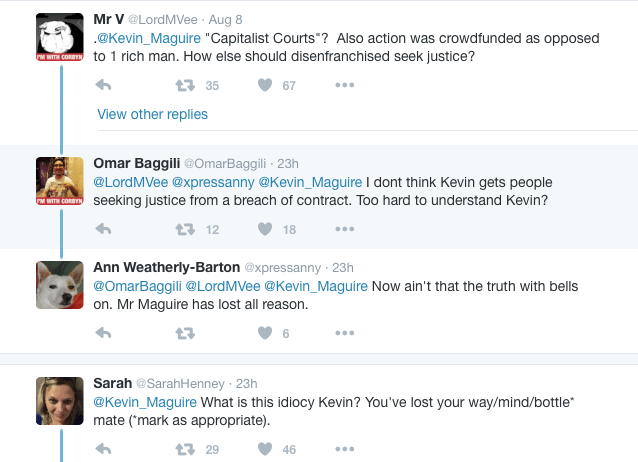 While Corbyn was addressing a rally of thousands in Bristol, Phillips was sending this strange tweet:

This interesting exchange from the thread sort of sums up quite how blinkered Phillips has been on this whole issue: 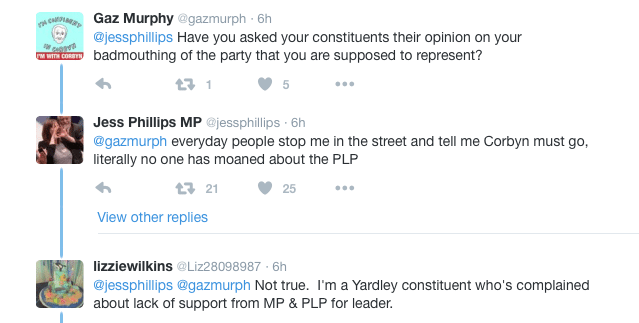 Al Murray is the former head boy of £10,000-a-term Bedford School, Oxford alumnus, and descendent of the 3rd Duke of Atholl, who likes to bounce about pretending to be a working class pub landlord. He’s been busy bashing Corbyn, his supporters, and anyone who doesn’t condemn him as the anti-Christ for a while now. Green, whose legal blogs are often superb, came apart a bit in his analysis of the Labour NEC’s attempts to block Corbyn supporters from voting. This thread with Novara Media’s Aaron Bastani and a member of staff from the Citizen’s Advice Bureau makes for superb reading: 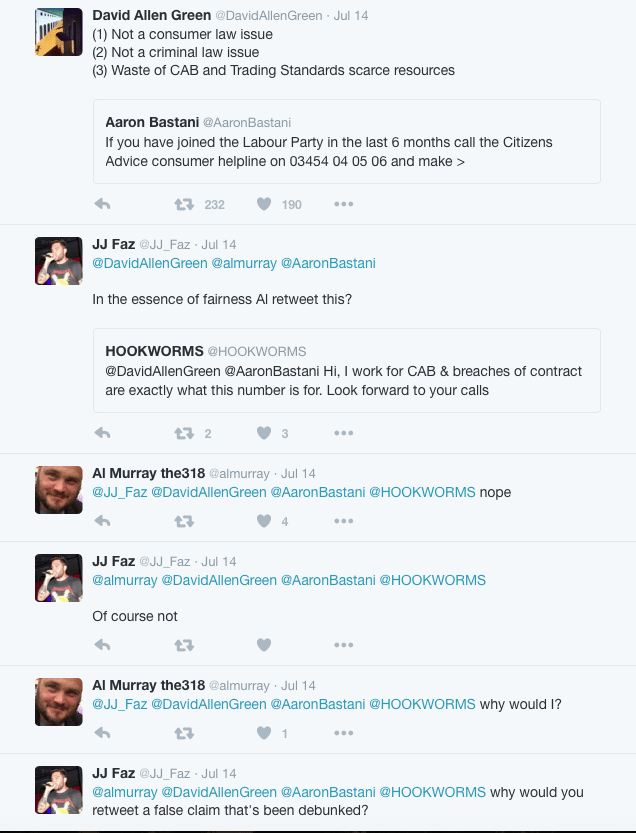 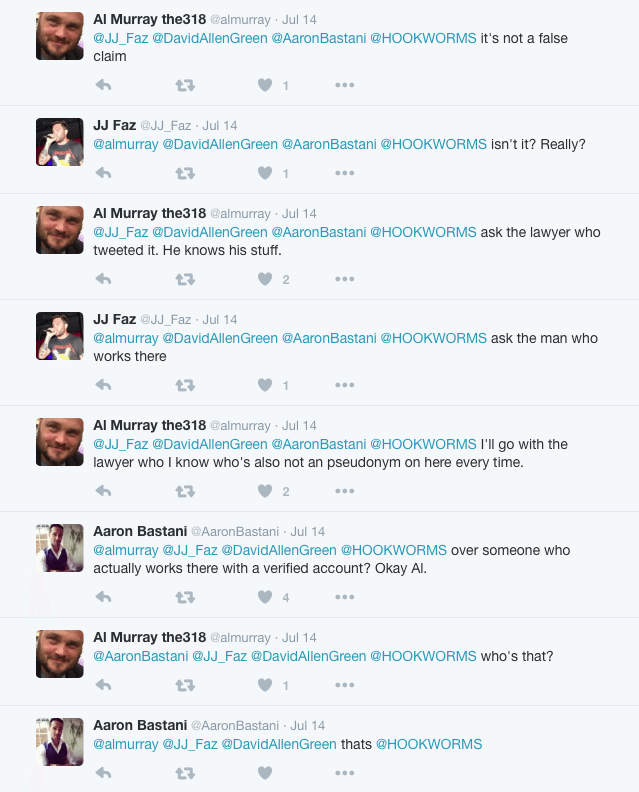 Sadly, with the High Court ruling in, Murray’s assertions were proven false. But accepting that seemed a little tough for the pair. 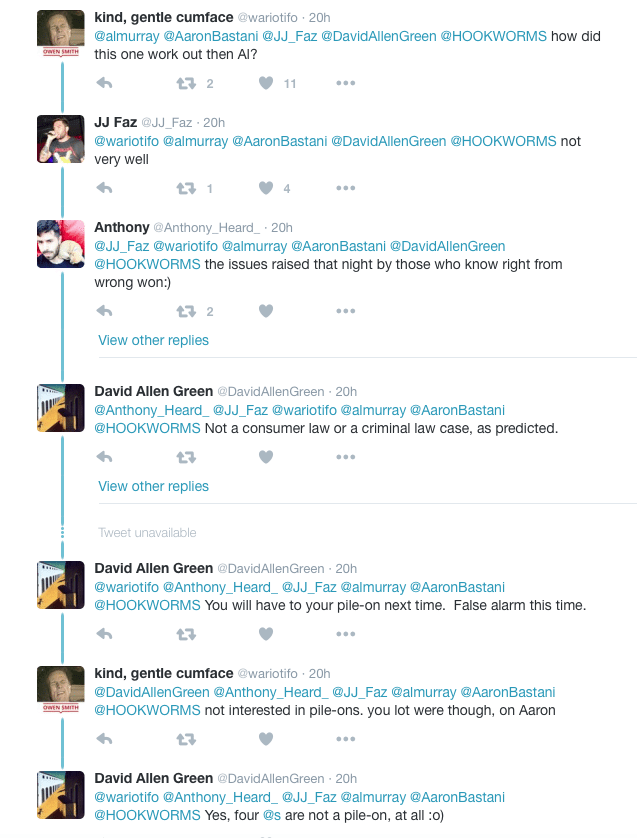 When anti-Corbyn commentators pile on to individuals for their views, it’s ‘holding them to account’. However, when the shoe is on the other foot, it’s ‘bullying’.

All that said, the prize for the most hyperbolic public meltdown goes to…

Watson needed to work hard and dig deep to out-meltdown his compatriots in the Labour coup. But, perhaps buoyed by the spirit of the Rio Olympics, Mr Watson bravely donned his tin foil hat to deliver a conspiracy theory worthy of Donald Trump. Here he is laying it out in The Guardian: 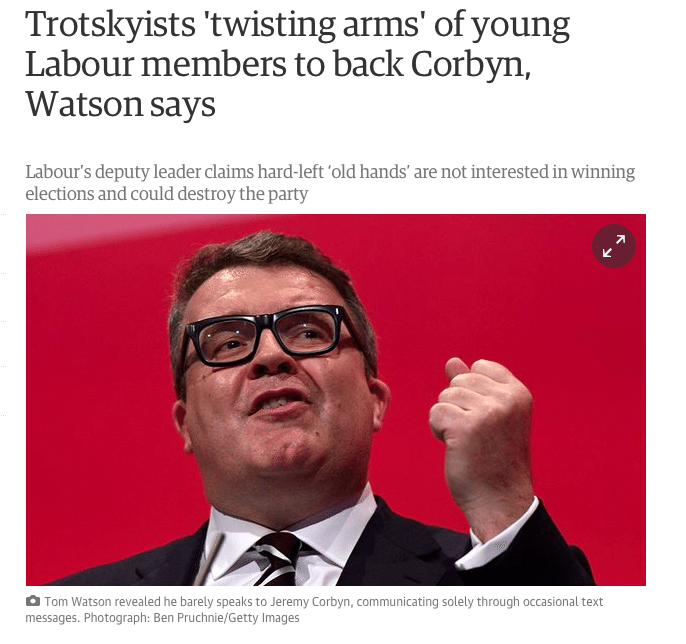 According to Watson, a sinister cabal of Trotskyists has infiltrated the Labour Party and is performing some sort of Vulcan mind-meld on every young member they come across.

Rather than patronising members and peddling baseless conspiracy theories about ‘Trotsky entryists’, he should be working with Jeremy to unite our party so that we can get back to campaigning to dislodge this Tory government, and help elect a Labour government in its place.