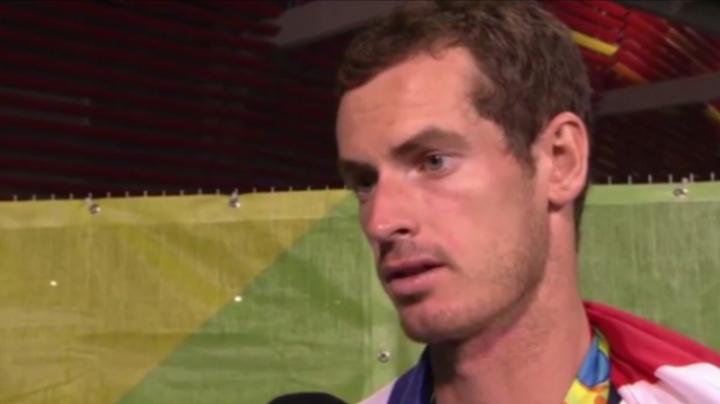 British Olympic tennis champion Andy Murray is receiving plaudits after correcting an embarrassing on-air gaffe by a BBC presenter – who apparently forgot that women tennis players exist. But the BBC and other media reporters then promptly forgot all about the existence of Scotland, too.

Murray’s forehead creases as he figures out how to remind Inverdale of the tennis sensations Venus and Serena Williams, who happen to have outperformed that tally by some distance. He reminds Inverdale:

I think Venus and Serena won about four each!

Social media lit up with responses to the mistake by Inverdale, one in a long line which serves to undermine female athletes.

Great one #AndyMurray
The first man to get two Olympic medals
As Venus and Serena got 4
Each#Rio2016 pic.twitter.com/5keOiO7aPg

Inverdale praised #AndyMurray on how much #Gold he'd won at #Olympics
"#Venus and #Serena have won more than me." https://t.co/dRJSgglvjW

John Inverdale has now been called out twice for sexist remarks whilst commentating. This is just not good enough.

But it wasn’t just women that the media managed to forget the existence of at Rio. Scotland also seemed to disappear. Commentators have repeatedly referred to both athletes and fans as ‘English’, rather than British, or indeed Scottish.

Does he say "a little band of English supporters?" #AndyMurray https://t.co/2jmSohvCvV

The Daily Mail even went so far as to describe Andy Murray as ‘English’, too.

This kinda says it all about Scotland's position in the union! pic.twitter.com/vMJ5ZidmEI

It is bizarre that here in the 21st century, the public is still having to call out media organisations for forgetting or underplaying the achievements of those who happen not to be white, male, or English. It might have something to do with the fact that, as a recent study published by The Guardian shows:

The British journalism industry is 94% white, 86% university-educated and 55% male, according to a damning survey of 700 news professionals conducted by City University London.

Researchers reported that just 0.4% of British journalists are Muslim and only 0.2% are black. Nearly 5% of the UK population is Muslim and 3% is black.

City’s research indicates that women are paid significantly less than their male counterparts. Nearly 50% of female journalists earn £2,400 or less a month compared with just a third of men.

With a media predominantly white, male and living and working in London – it comes as little surprise that the tone and focus of coverage continues to exclude the same groups that are excluded from their newsrooms. So if we want change, we know where we need to start.