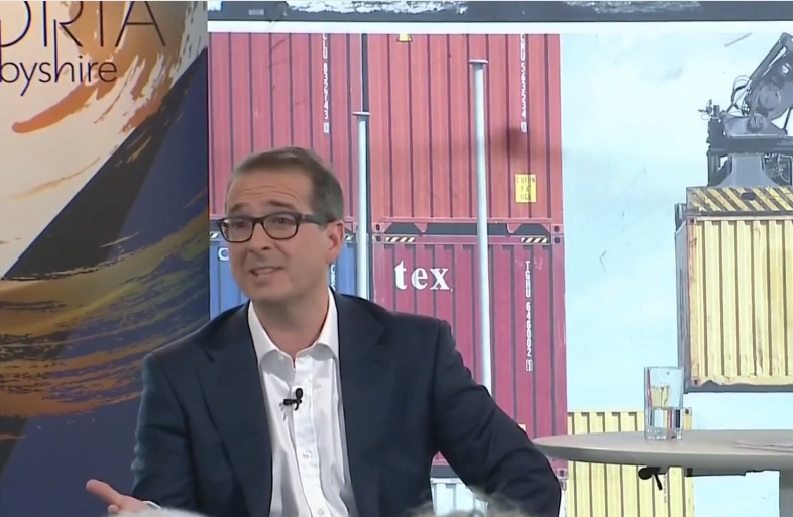 On 17 August, Labour leadership challenger Owen Smith said he would negotiate with Daesh (Isis/Isil) to resolve the conflict in Syria. His comments have sent mainstream media outlets into a tailspin, forcing them to condemn the establishment’s ‘little darling’ for the first time since he entered the race.

The admission occurred in the latest Labour leadership debate, hosted by the BBC. The presenter had asked both Jeremy Corbyn and Smith whether they would consider “sitting down” with Syrian President Assad and members of Daesh in an attempt to deal with the ongoing crisis in Syria.

Corbyn noted that there “already is a political process being conducted through the Geneva talks” that involves talks with the Assad regime. But he insisted Daesh would “not be round the table”.

my view is that ultimately all solutions to these sorts of crises, these sort of international crises, do come about through dialogue. So eventually, if we’re to try and solve this, all of the actors do need to be involved. But at the moment Isil are clearly not interested in negotiating.

How on earth do we spin this?

The initial media reaction was generally one of incredulity. The Mirror seemed startled by Smith’s suggestion that the UK should make a peace deal with a “murderous terror group”. The Daily Express similarly decried his proposal to negotiate with the “barbaric” jihadis.

Numerous outlets then highlighted the criticism in political circles that the statement had drawn. The Guardian noted that Conservative MP Johnny Mercer had commented:

His desperate attempts to out-Corbyn Jeremy Corbyn have led him to the view that barbaric murderers who behead journalists and lynch homosexuals are now the sort of people that we should negotiate with.

(One wonders here if Mercer would equally criticise the British establishment’s firm friendship with Saudi Arabia – where both journalists and homosexuals have faced execution. A separate point, but relevant.)

The Daily Mail, meanwhile, pointed out that Mercer had said Smith’s suggestion proved his “unfitness for leadership”. And The Independent asserted that Smith’s campaign had now been “left reeling”, and noted that Corbyn had said the comments were “hasty and ill-considered”.

But the media were able to breathe a collective sigh of relief fairly quickly, after Smith noted he didn’t really mean what he said shortly after the debate. As New Statesman reported, Smith insisted that he too believes Daesh is a “violent terrorist organisation”, and is sure it has “no prospect” of being a part of negotiations. A campaign spokesman said:

Owen is clear that there should be absolutely no negotiation with Daesh, or any terrorist group, until they renounce violence, cease all acts of terror and commit themselves to a peaceful settlement.

The Guardian‘s Richard English asserted, however, that Smith’s “rash” comments had helped highlight a “delicate” area that “requires calm and considered debate”. This is quite correct, but it’s instructive that the same conclusion is rarely drawn by the media establishment when Corbyn is faced with controversy.

Seemingly, the mainstream media can always find a silver lining when the Labour challenger’s actions are concerned. But such understanding is a rare commodity whenever Corbyn behaves in ways that defy establishment logic.

It’s situations like this that make it excruciatingly obvious whose side the majority of the UK media are on.

– Support The Canary so we can continue bringing you the news that matters.

Image via The Politics Hub/Youtube