A Labour MP is giving an anti-Corbyn interview, when the man himself rocks up [VIDEO] - The Canary 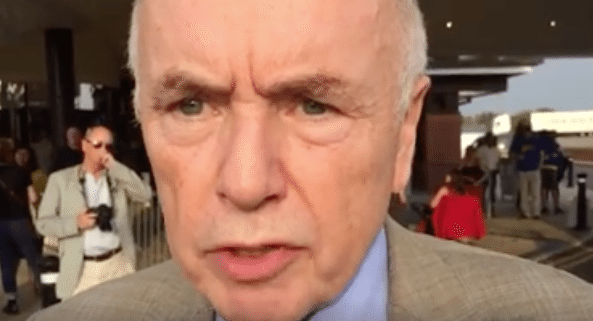 A Labour MP was busy telling a news team how dangerous Jeremy Corbyn was, when the man himself walked up behind him. What happened then somewhat undermined everything that had been said just moments before.

Jack Dromey has been Labour MP for Birmingham Erdington since 2010. Despite Birmingham Labour MPs joining the vote of no confidence against Jeremy Corbyn, the Constituency Labour Parties came out in strong support.

And so it was that Dromey found himself on camera telling a reporter why he was continuing to oppose Corbyn, just before a local rally for the Labour leader. He said:

Labour is divided. We need once again to unite.

He was then interrupted by cheers from the crowds around him who had turned out to support current party leader Jeremy Corbyn. Even the team filming Dromey changed focus to the arrival of the incumbent, who seems set for a landslide victory against Owen Smith in the forthcoming election.

Corbyn walked over to Dromey with a big smile and said:

Dromey smiled and patted Corbyn on the back as he slid past – as if he had turned out in support all along.

The video was shared on the Facebook page of Momentum, the grassroots campaign to back Corbyn and anti-austerity Labour politics. Reactions varied. 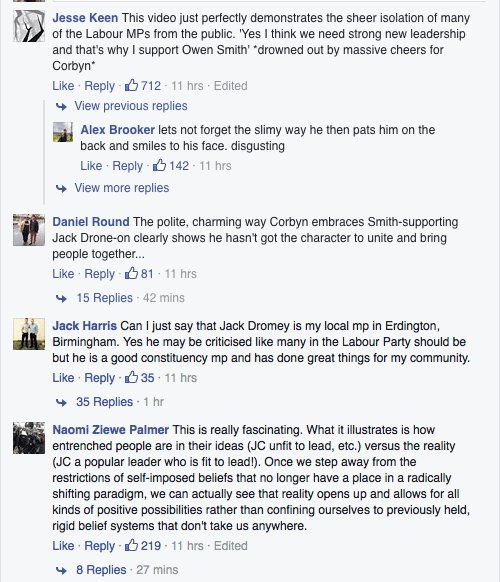 As the campaign heads towards its conclusion in September, it is difficult to see how Owen Smith is going to make any in-roads against the current Labour leader. In the 2015 Labour leadership campaign, just 39% of Constituency Labour Parties backed Corbyn – this year it has risen to 84%. Constituencies that previously voted for Labour right-wingers like Liz Kendall and Yvette Cooper are now backing Corbyn over Owen Smith. This is devastating for the Smith campaign. And no amount of free ice cream is going turn things around.