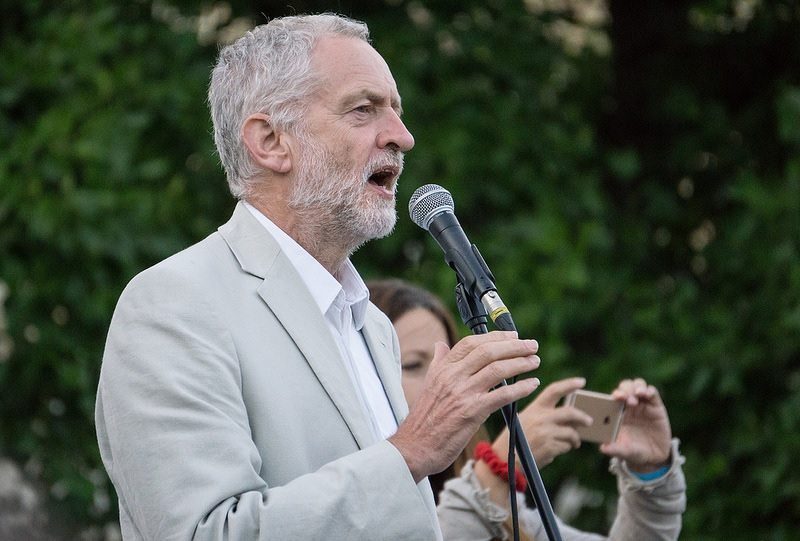 Over one hundred victims of sexist violence, harassment, and abuse have written an open letter to the Labour Party. In it, they slam the “generalised smearing” of Jeremy Corbyn supporters as misogynists and urge the party to stop using the very serious issue of sexist abuse as a political stick to beat the current leader with.

As women who both support Jeremy Corbyn, and who have at some point in our lives been victims of violence, harassment, misogyny and abuse, we call upon Labour MPs who oppose Jeremy Corbyn, to cease their generalised smearing of Corbyn supporters as abusive misogynists, with the sole aim of smearing Jeremy Corbyn as someone who somehow attracts them.

Jeremy Corbyn is a man who abhors violence and misogyny. As women who have been victims of both, we could not support him otherwise. To extrapolate incidence of abuse and violence (particularly when the perpetrators claim to support a man who condemns such behaviour and attitudes) with Jeremy Corbyn supporters in general, is like extrapolating fathers who sexually abuse their children with all fathers, or children who bully their peers with all children.

Abuse and violence which we know from our own experiences, can shatter lives and leave both physical and psychological scars, should not be exploited by those with a wider political agenda. Instead Labour MPs need to focus on the fact that misogynistic attitudes are rife in all walks of life.

One only needs to look to a disturbing TUC survey, which reveals how two thirds of women have been victims of sexual harassment in the workplace, to appreciate the scale of the problem.

To single out Jeremy Corbyn supporters the way you repeatedly do, reveals your true motives, which is not to raise a society wide issue that affects the majority of women, but to tarnish the image of a decent man and his supporters, which include women who have been victims of abuse and violence.

By all means call out the individuals who engage in abuse, harassment and misogyny, for that is what they are, individuals. And please join us in the battle for a world in which no woman lives in fear or anxiety because of the actions of men with sexist attitudes.

But please stop smearing Jeremy Corbyn supporters like ourselves for your own political ends.

In July, 40 female Labour MPs wrote a letter to Corbyn pressing him to take “swift and tangible action” against abuse to “safeguard our female colleagues”. Owen Smith, the Labour leadership challenger, has tried to lay the blame for abuse directly at Corbyn’s feet, saying:

we didn’t have this sort of abuse and intolerance, misogyny, anti-Semitism in the Labour party before Jeremy Corbyn became the leader.

But Corbyn has unequivocally condemned misogyny, saying he has spoken out against “any forms of abuse whatsoever in politics or public life”. The Shadow Chancellor John McDonnell claims Corbyn has “moved heaven and earth” to attempt to tackle it.

The Shadow Justice Secretary Richard Burgon, meanwhile, has also commented on the issue, saying that:

But, at the same time, I am not – and others are not – going to stand by whilst hundreds of thousands of decent Labour members are dismissed and demonised as bullies, brick-throwers, misogynists and thugs.

Misogyny is indeed a ‘serious societal problem’, and it’s one that some say has been a problem in the Labour Party for much longer than Corbyn’s nine-month stint. Laying the blame on Corbyn is a convenient political point-scoring exercise, but it does nothing to tackle the real issue.

And anyone using it as a weapon to merely propel the leadership coup forward is grossly insulting to those who have suffered sexist violence or abuse. These people need solutions and support, not selfish posturing for political gain.

– Read other Canary articles on the Labour leadership election.