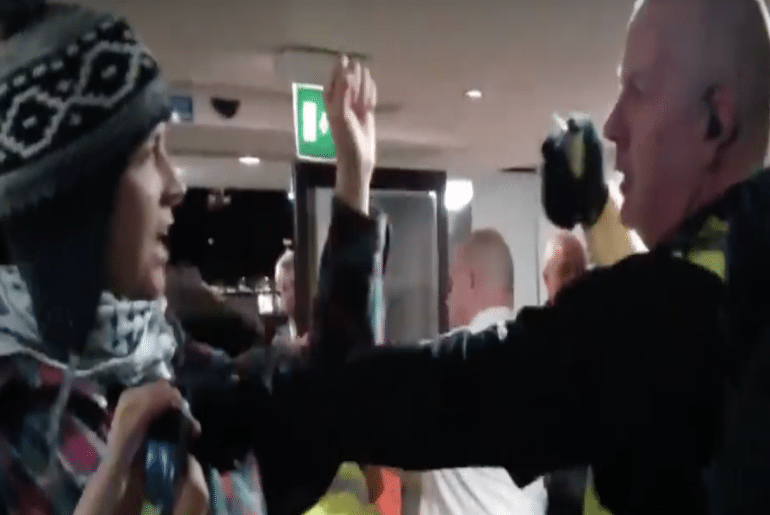 The High Court has found that the Independent Police Complaints Commission (IPCC) was “irrational” after it failed to recommend misconduct proceedings against an officer who discharged his CS spray into the eyes of a student protester less than a metre away in a confined space.

PC Simon Lloyd discharged his CS gas on at least three occasions during a protest at Warwick University in December 2014. Students were holding a sit-in on campus as part of a national day of action against tuition fees. Amnesty International raised concerns about the way police used CS gas and tasers at the protest, saying:

We’re not against CS gas or Tasers if used by well-trained police officers trying to prevent a death or a serious injury, but we’re worried that West Midlands Police are becoming increasingly trigger-happy with Tasers.

Several students complained to the IPCC about the incident. The investigation took nine months and concluded that the officer should not face misconduct charges for his actions.

One of the students, Lawrence Green, challenged the investigation and tried to appeal it. But the IPCC refused the appeal, and Green was forced to take the matter to the High Court, which found that the IPCC’s decision to not recommend misconduct proceedings was:

not rationally supportable on the objective evidence.

Speaking about the victory, Green stated:

I am very happy with this victory. I hope this judgement provides help to others who find that the supposedly Independent Police Complaints Commission has tried to cover for and justify brutal violence by police officers.

His solicitor, Lochlinn Parker from ITN Solicitors, condemned the IPCC and the lack of confidence people feel in its ability to investigate complaints:

The IPCC aims to improve confidence in the police complaints system but in this case where serious deficiencies in the investigation were highlighted and when a High Court judge has decided that their decision was irrational, the IPCC has not sought to acknowledge, let alone fix, the problem. The IPCC is about to have its name changed. This case indicates that much more needs to change if the public are to have confidence in the IPCC and the police complaints system.

Holding the police to account and trying to get justice can take years of struggle – something the grieving families of those killed in custody know only too well.

A case in point is Azelle Rodney, who was 24 when he was shot and killed by the police in April 2005. After ten years of struggle by Rodney’s supporters, the officer, Tony Long, was finally put on trial for murder in 2015. Despite having given no warnings before shooting Rodney four times in the head, he was acquitted as the jury believed he had acted in self-defence.

Long has recently spoken out about the IPCC, claiming that “firearms officers are being treated like criminals by the IPCC”. He also made veiled threats over the ability of officers to combat terrorism effectively if they are questioned over their actions:

My former colleagues are saying: ‘We will stand by for a Paris-type attack, but when you want us to go out and do an intelligence-led operation against criminals you might need to satisfy us that the intelligence is perfect, or we’re not going out’. I think we’re quite close to that situation.

It is not clear why Long feels that police officers should be treated any differently from any other citizens. For example, anyone who commits an act of violence in self-defence is liable to be treated as a criminal: arrested, questioned aggressively and adversarially, often ending up having to justify their actions in a court of law.

But Long was only put on trial after ten years of determined legal wrangling from Rodney’s family to try and get justice. If left to the IPCC unchallenged, it would be virtually impossible to get justice even when there is clear video evidence.

There is though, one matter on which Long is right. He stated:

the problem is the interpretation of the rules and the way in which officers are treated.

This is exactly the problem. Officers are not treated by the same standards that the rest of us have to live by. They are allowed to lie, obfuscate and manipulate their way out of accountability for their actions. And the IPCC is their lapdog, happy and ready to wag its tail and let them get on with it.

It shouldn’t take teams of dedicated campaigners, solicitors, and families of grieving relatives to hold the police to account – although we are lucky to have them. There needs to be a truly independent policing body which investigates complaints with rigour and takes meaningful action against officers who have transgressed.

If not, we will continue to live in a world where officers feel they are able to get away with spraying CS gas into the faces of protesters and, at the other end of the spectrum, killing people on our streets.