A council wants to watch this disabled abuse survivor's every move, and it's horrifying - Canary 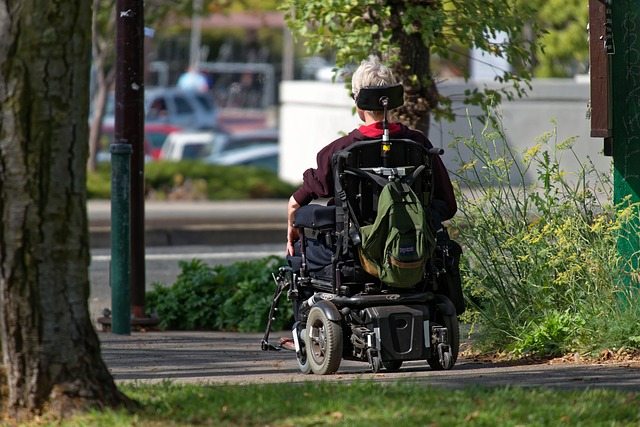 A disabled woman has been informed that the council will spend between several days and two weeks observing everything she does – including using the toilet, showering, and getting in and out of bed – to check she is receiving the right level of care. The woman is a survivor of physical, mental, and emotional abuse.

Speaking at the parliamentary launch of a report about the impact of the government’s cutting of the Independent Living Fund (ILF), the woman was in tears as she told the meeting:

That really breaks me. I can’t bear the thought of having a team of people invade my privacy, come to my toilet, my bedroom.

The ILF was designed to help those with high support needs to remain independent, and provided support to nearly 18,000 disabled people. But the government shifted the responsibility to local authorities in June 2015, with no ring-fencing of the funding. Ever since, cash-strapped councils have slashed expenditure.

Prior to telling the woman she would be placed under observation, the council already wanted to cut 46 out of her 84 hours support, saying that she could rely on microwaved meals and incontinence pads. The woman, who with previous support was able to be part of her community, chair three disability groups, and speak about disability at Glastonbury, will now be left virtually housebound.

She has written movingly about the impact of the cuts on her life:

Their drastic cuts will leave me virtually housebound: with just enough care to get me up in the morning and be put to bed at night and have a quick meal at midday and one short toilet break a day, as well as just enough care to go out once a week and 25 minutes a day for help with dish washing, household cleaning, laundry, shopping, etc., and absolutely none for help with showering and other personal care or for food prep and cooking, or anything else.

But the humiliation the council wants her to undergo in order to justify what they are spending is mind-blowing and abhorrent:

The Panel’s suggestions it seems also included that once the new care hours commenced, that a team of people would attend and observe, over several days, maybe even a couple of weeks(!), my every action during the new care times they say I will have, and the actions of my personal assistants too, from my going to the toilet and having a shower, to eating and to getting in and out of my wheelchair and bed etc., so that they could check if the new level of care being prescribed was actually going to meet my needs. And I must accept this incredible, humiliating, dehumanising invasion of my privacy and home, this stripping away of every last vestige of my dignity.

This was her reaction to the demands:

I’m ashamed and afraid to admit I broke! I just broke! And I lost my composure, my dignity, my sanity, and my temper, with I and all of them being affronted, attacked and pushed beyond endurance simultaneously, by the council’s ‘person centred’ cuts and this man obliviously, calmly sitting there and telling me a team of people, strangers, including ‘support workers’, he tried to reassure me, would be coming into my space; violating the haven, sanctuary and privacy of my home, my toilet, my shower, my bedroom; observing me naked, defecating, urinating, wiping my bum; observing and reporting on my every move, word and action! Due to having been sexually, physically, mentally and emotionally abused as a child and as an adult, including being raped, in addition to my physical disabilities I not only suffer from depression and PTSD but I also have massive debilitating body, privacy and image issues, which have been heightened since becoming disabled and having to give up all claims to my privacy and dignity on every level: physically, financially, spatially, etc.

These are not isolated cases:

These cases of abuse and humiliation are not isolated. And as the report points out, there is a postcode lottery as to the care a person can and will receive from the council.

The Canary‘s Steve Topple reported from the parliamentary launch, and the stories of what people have had to endure are horrific.

One man, Nathan, who still receives ILA but has had his hours cut, described the impact:

I still worry about disabled people as a whole, whether they live in England or Wales… I say I’ve been assured of care until 2020. But even the actual allowance I’ve received is not good enough for my care needs. I’ve got a progressive disability… When I first started using the ILF I had 86.5 hours a week and that used to be OK… But now [it’s been reduced] it’s embarrassing. When people leave me at 2 o’clock [for four hours] they have to undo my trousers so I can use my urinal. But if anyone comes and knocks at my door between 2-7pm, I don’t have any dignity as my jeans are undone. And I might spill my urinal on my jeans, and I have to sit like that until 7pm.

For many, it will be impossible to read these stories without feeling physically sick. But this sickness must be translated into dignified rage and action. We should all be ashamed to live in a country where disabled people are subject to cruel and degrading procedures; where those in most need of support are being humiliated by a system that should be helping them to lead independent, productive lives. This has to change, and it’s down to all of us to be a part of that change.