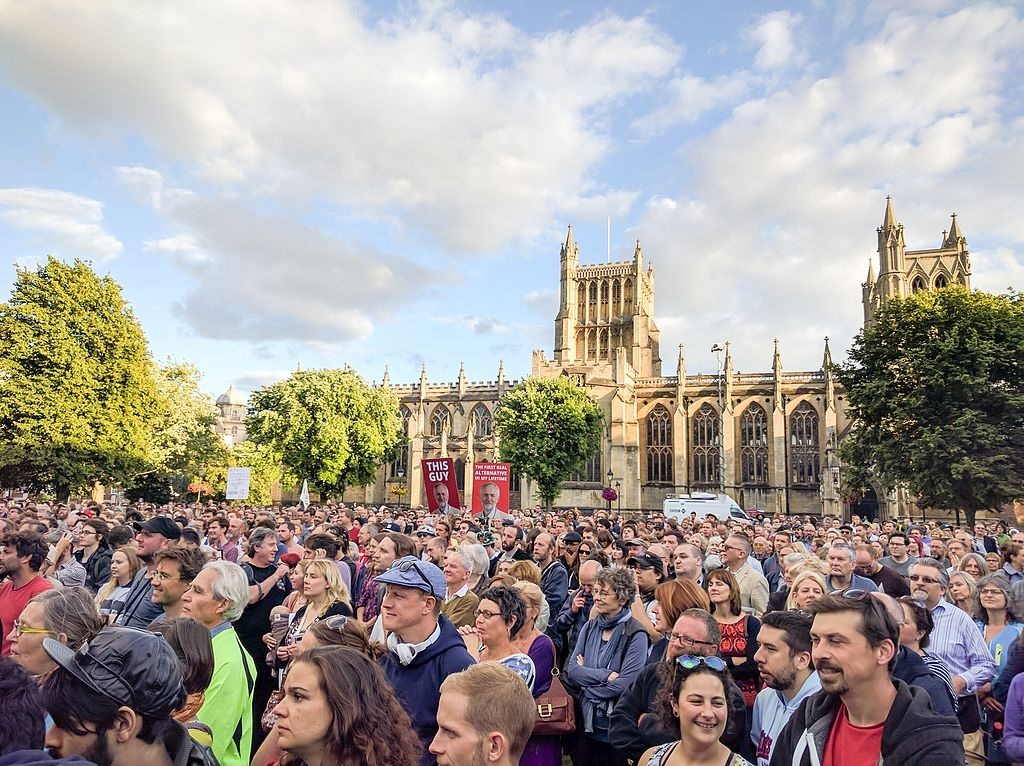 Jeremy Corbyn has pledged to set up “organising academies” across the country, which could turn the burgeoning Labour membership into a real fighting force at the next general election.

The Labour leader’s proposal answers the calls for his party to take steps to ‘mobilise‘ supporters, and challenges the assertion that Corbyn is content to remain in opposition.

The plan announced on 13 September would see training camps set up across the UK. The coaching would aim to help members become “a dynamic, meaningful, campaigning presence in every community in Britain”. And its goal is very clear:

It will relentlessly focus on winning elections and the battle of ideas, underpinned by engaging people directly to win hearts and minds to an agenda of hope.

As part of the strategy, an “Organising Innovation Task Force” would be established. This task force would bring together expertise from successful campaigns around the world. It would also be responsible for setting up the academies.

Party members enrolled in the academies would receive training in organising skills and campaigning. They could also be offered places on accredited courses in media and communications, social, digital and new media, and policy and politics.

Members who gain expertise in these skills would then deliver training to new members.

The Labour leader claims the newly announced strategy “represents the single biggest commitment by any political party in British history to aid in the learning and training of its members”.

And with the size of the current Labour membership, it’s a strategy that could work.

Labour’s current membership stands at over half a million. If it could mobilise its members, it could spread its message across much of the UK. Some of those who already campaign say that Corbyn’s Labour is very well received on the UK doorsteps they’re currently reaching.

Although the initiative is designed to reach across the breadth of the country, it does have one particular demographic in its sights. As Corbyn’s campaign director Sam Tarry explained:

There will be a particular strategic focus on the communities we need to reach in order to build a Labour message that resonates in every corner of Britain, most significantly post-industrial communities and those facing a challenge from Ukip.

Ukip won 13% of votes in the 2015 general election, so persuading that segment of the electorate to vote Labour at the next general election would significantly improve the party’s chances of winning.

Corbyn won the 2015 Labour leadership election on a platform of democratising the party. He has invited members to inform policy decisions. He has posed questions from the public to the Prime Minister in parliament. And he has proposed that party members should decide who’s in the shadow cabinet.

Now, he is putting party members at the centre of Labour’s campaign to win the 2020 general election. This would mean that the responsibility for failure would be shared throughout the party. And, of course, the same would be true if it achieved a general election success.