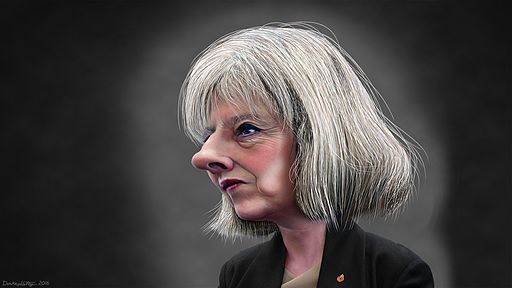 Parliament has passed a new immigration detention policy. And it has done so without proper debate on the issue. But instead of protecting vulnerable adults as was demanded, the new policy may put them in more harm.

Nine executive professionals from renowned health and immigration NGOs have written a joint letter to express their deepest concern over this recent Home Office policy.

After serious criticism of the UK’s immigration detention policy, an inquiry (commissioned by Theresa May herself in her former role as Home Secretary) found the Whitehall department in breach of Article 3 of the Human Rights Act 1998. Stephen Shaw MP, who led the inquiry, recommended certain actions for the government to take.

The government responded by saying it would make three major changes. One of these was to produce a new policy to assess the risk of harm to vulnerable individuals, should they be detained. It pledged to implement a new ‘adults at risk’ policy. As the guidance states:

While this could be welcomed in theory, on further reading of the guidance, it exposes individuals already at risk to even further risk.

In the letter, advocates have said:

the new policy may lead to a worsening of protection for vulnerable people in detention. The policy limits the definition of torture, meaning that those tortured at the hands of Isis, Boko Haram and others may no longer be included. The policy increases the burden of evidence on vulnerable people and balances vulnerability against a wider range of other factors. We fear this will lead to more vulnerable people being detained for longer.

In a climate where anti-immigration sentiment is high, asylum claims are rising and, as a result, so are detentions. Reports have shown that detention facilities are not equipped to deal with the complex mental health needs of migrants, which are compounded by being held for indefinite periods in detention. This is even more concerning when suicide attempts are at an all time high across the UK detention system.

The NGOs in question also highlighted that the policy was laid out in parliament on 21 July 2016, just before the summer recess. It came into effect on 12 September 2016, one week after parliament resumed. This provided no room for ‘meaningful debate’, and they have called for an urgent review of the policy.

The new ‘reform’ is another example of how the government responds to harsh critique. Rather than making changes that might bring actual results, it simply tries to appease critics. But the overall effect remains the same.

The NGO Detention Action, which works to end indefinite detention, has noted:

Seasoned Home Office-watchers are all too familiar with ‘partially accepted’ syndrome, whereby a radical criticism is accepted only to the extent that it is defanged.

But they also state that the ‘devil is in the implementation’, so it is yet to be seen whether the new policy can actually reduce detention numbers and protect vulnerable individuals from harm.

– Support organisations working to protect vulnerable detainees from harm, including:

– Write to your MP and ask them to support an urgent review of the new immigration detention policy.