MPs should be on a zero-hours contract. Don't turn up? Don't get paid. [OPINION] - Canary 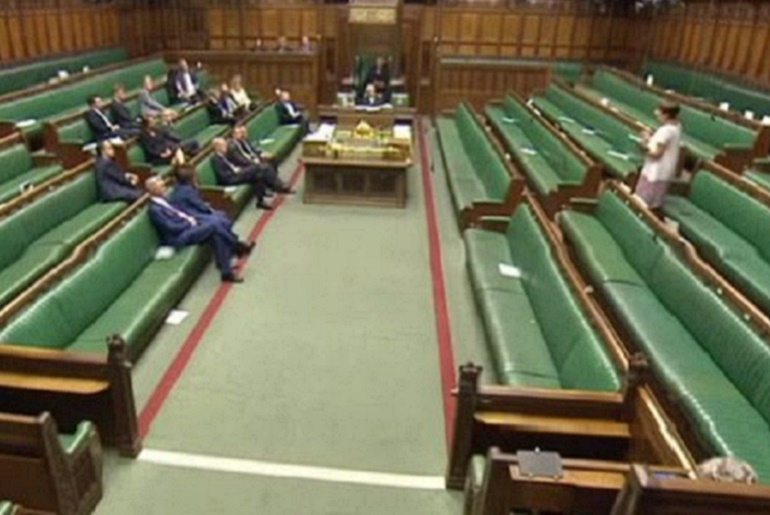 The public is not content. More and more people are taking to social media to call the government out on what it has and has not done. Not least is the ever pressing issue of zero-hours contracts, which force employees to work in oppressive situations with the constant threat of losing their job. Seeing as MPs have failed to address this, it’s only logical to hold MPs to account for their work day as well. If some employees only get paid when they turn up, why shouldn’t that be the case for MPs, too?

It is shocking to see more and more pictures circulating the internet showing an empty House of Commons with hardly any MPs present. Over the past week, there have already been two occasions where the House of Commons looked more like a ghost house. After the summer break, on 5 September, Jeremy Hunt opened the Commons with his review of the junior doctors’ strike. Instead of focusing on Hunt’s argument or that of the opposition, the public took to social media to comment on the shocking lack of MPs, from all parties, present at the debate.

Likewise, during a debate about stripping Southern Rail of franchises worth tens of millions of pounds on 13 September, only 16 MPs turned up. Given Britain’s crumbling infrastructure, one would think this would be seen as an important topic. Caroline Lucas, co-leader of the Green Party, was the only MP to turn up in opposition to the plans. Something, of course, which the party used to its advantage: 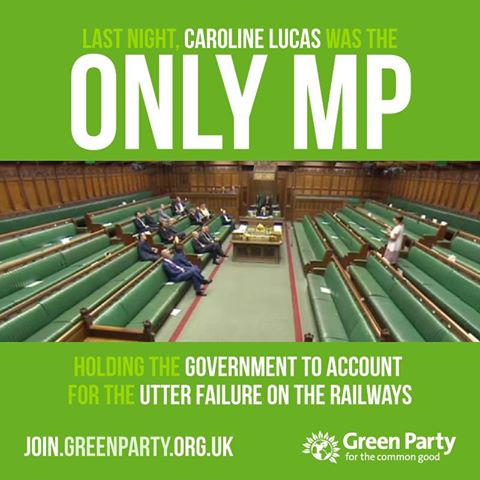 The disappearing MP isn’t a new phenomenon. On 6 July, for example, 325 Tory MPs failed to turn up to the House of Commons to guarantee EU nationals already in the UK the right to remain. Likewise, the Commons was left almost empty during a debate on veteran care on 24 March.

Given the constant cuts and continued pressure on workers’ rights, more and more people are angered by these images. A basic salary for an MP is £74,962. And when we can’t see them working for their money in the Commons, the public is forced to ask what are they actually being paid all that money for?

What is an MP paid for?

Despite these images suggesting hardly any MPs work, it is important to note that the time an MP spends in the Commons is actually very little. Most of their time is spent dealing with constituent cases, working on parliamentary bills they are supporting, and taking part in select committees on various subjects. Most MPs will only turn up for debates in the Commons if they have a personal or professional interest in the matter or an issue raised by a constituent.

While some sessions in the Commons are well populated (usually when a vote takes place), others (often those concerned with procedure) only require a handful of MPs to be present. Similarly, if a debate continues for several hours, MPs dip in and out of the Commons to attend to other pieces of work.

Given this, we cannot judge an MP’s salary solely on their attendance in the Commons. But it’s a good place to start. The government is cutting vital services left, right and centre. Only recently, it was announced that 10,000 firefighters have lost their jobs due to government funding cuts. The government needs to take a good hard look at what they are paying MPs. If they are not representing their constituents fairly and not attending vital debates to argue their case, then it’s not £75,000 well spent.

If the public is forced to make cuts, then so should the people who supposedly represent them.

– Find out from The Canary what’s been happening in the House of Commons.

– Ask your MP to present a petition to Parliament.

– Have your say on whether MPs should get pay rises.