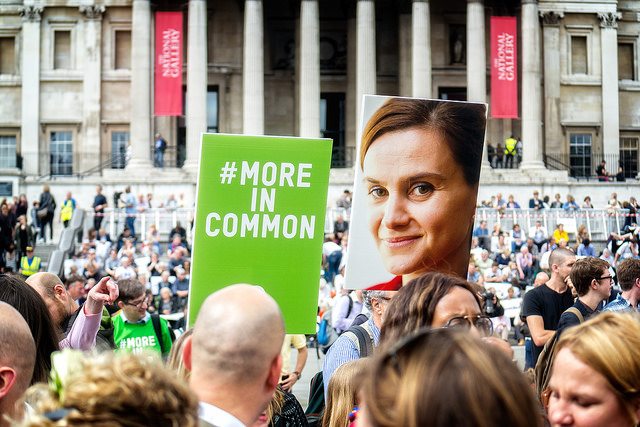 Jeremy Corbyn led the tributes to murdered MP Jo Cox at the Labour Party’s Annual Conference on Saturday 24 September, in his first official speech as re-elected leader. And on Sunday, there was a video tribute shown to the late MP for Batley and Spen.

Corbyn was speaking at Labour’s National Women’s Conference, directly after it was announced he had won the leadership race with 61.8% of the vote. Apologising for “the disruption caused by other engagements this morning”, he spoke of Cox as a “brave woman who stood up for everybody within our society”:

There’s one person that isn’t here today. She would be, if it weren’t for an act of hatred and violence that robbed two children of their mother and the Labour Party of a valued and cherished friend. Many of you here today [who] knew Jo, will never forget her; never forget what she stood for; never forget what she campaigned for. And together, united, let us fight for the things that would make her proud, and make her movement proud. She was murdered as an act of murder on democracy.

Great meeting with @Tracy4MP today about the Batley and Spen by-election. Tracy is determined to do Jo Cox proud – and I know she will. pic.twitter.com/LOAEOZzC9G