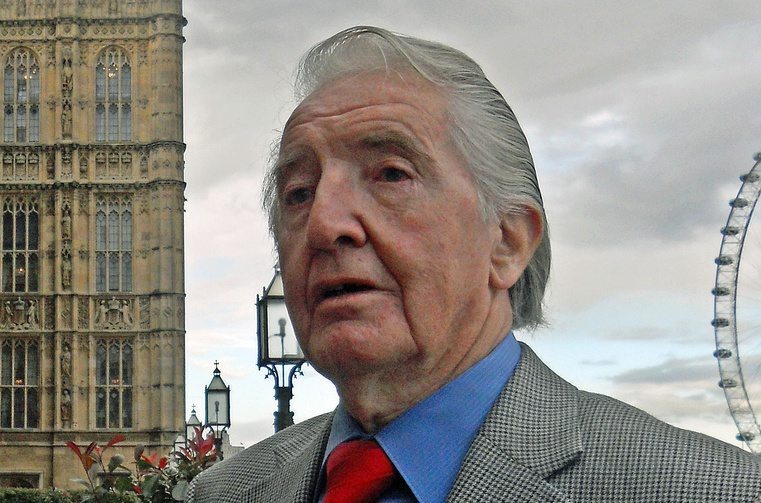 Dennis Skinner, 84-year-old MP and Labour legend, has delivered some home truths to the mainstream media at the Labour Party conference.

Although it’s unclear from the video what question was asked of Skinner, it can be assumed from his response that he was asked about Jeremy Corbyn’s landslide victory.

I know it’s hard for you to bear, but the right-wing media has lost again. We’ve got the biggest membership of the Labour Party ever. Blair used to dream about 400,000. We’ve got over 600,000.

He then asked them:

Why don’t you write a decent article about the rise of the membership?

But he answered the question himself:

But the trouble is, most of you in the media are from the right-wing element.

Corbyn was re-elected as party leader on 24 September, claiming 61.8% of the votes despite mass purges and a huge amount of media bias.

Earlier this year, a report by the London School of Economics and Political Science analysed the media response to Corbyn. According to the findings, the press has turned into an “attackdog”, abandoning its supposed role as watchdog. The report found three areas where Corbyn had been treated unfairly by the media:

This attitude continued throughout the leadership campaign, culminating in what Canary Editor-in-chief Kerry-anne Mendoza described as a “Black Monday” for the media. This was the Monday when, just days before the leadership vote was announced, Dispatches ran a programme which revealed that an undercover reporter had been sent in to investigate Corbyn support group Momentum for six months, and Panorama wheeled out failed Labour leader Neil Kinnock to provide supposed words of wisdom for the party.

For all this and more, Monday 19 September 2016 should go down as Black Monday, the day UK media outlets gave up all pretence of serving as the Fourth Estate and launched unprecedented political attacks in an effort to prevent the inevitable: Jeremy Corbyn winning the Labour leadership election, again.

But as Skinner rightly pointed out, the right-wing voices in the media have lost. Again. And as new forms of media begin to take over and provide independent alternatives to the mainstream corporate media, they may well have to get used to being on the losing side.

Support the work of new media organisations here. Please add others that you like in the comments.