When the UK's defence policy is to lie, with the help of secretive corporations - Canary 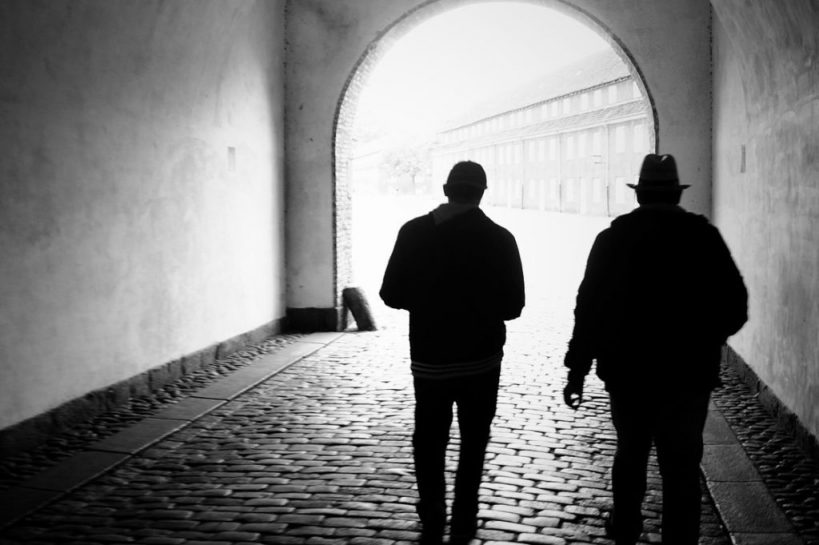 A government campaign to counter extremism seems to have been engaging in secretive and deceitful activities. And in the process, it has got involved with some very unsavoury figures.

Where it all began

A 2011 report by PR firm Bell Pottinger and the Royal Institute of International Affairs (or Chatham House) says (p36):

Where counter-radicalization and criminal activity are concerned…, there are legal grounds for the disruption and disabling of certain activities in cyberspace, and for more elaborate practices such as the infiltration of internet chat rooms, and the use of these sites for the purposes of counter-radicalization. [emphasis added]

A Bureau of Investigative Journalism report from 2 October 2016 claims that the US government paid Bell Pottinger $500m for its propaganda work during the post-2003 occupation of Iraq. Its task was to promote democracy, which it carried out by making news-style TV segments and fake insurgent videos which could help to track those who watched them.

The Chatham House report mentions another government body, the Research, Information and Communications Unit (RICU), of which little was known until earlier in 2016. On 2 May, The Guardian reported on how RICU had contracted its projects to the Breakthrough Media Network, which set up fake websites, fake Facebook pages, and fake Twitter accounts – all targeted at “British Muslims, particularly males, aged 15 to 39”. This was essentially a ‘black propaganda’ tactic – one which releases false information and material claiming to be from one source but actually coming from an opposing source (with the purpose of insulting, embarrassing, or misrepresenting one’s opponents).

On 3 October 2016, Middle East Eye wrote about the links between Bell Pottinger and Breakthrough Media, whose clients include major departments of the British government like the Home Office, the Foreign and Commonwealth Office, the Department for Education, and the Department of Health.

The Home Office insists that RICU didn’t use techniques that Bell Pottinger allegedly used in Iraq.

A fake charity, too?

Another example of this ‘black propaganda’ work was ‘Help for Syria‘ – a project set up by RICU and the Foreign Office. The Guardian reported that:

Help for Syria… describes itself as “providing advice and guidance for anyone who wants to raise money and aid for Syria”, was “designed, delivered and … maintain[ed]” on behalf of Ricu and the Foreign Office to “influence conversations among young British Muslims” and reduce the desire to travel to the region.

RICU is overseen by the Whitehall-based Office for Security and Counter-Terrorism, which is headed by Charles Farr – a man who worked for MI6 and MI5 and so is no stranger to the ‘dark arts’ of espionage. Farr was recently appointed as chair of the Joint Intelligence Committee.

Enter the ‘spycop’ and the right-wing militant

In addition to the government’s relationship with Bell Pottinger and Breakthrough Media, its involvement with the Quilliam Foundation also raises some questions. The Quilliam thinktank was once funded by ‘Prevent‘ – a government agency aiming to limit ‘extremism’ within the Muslim community.

According to one 2015 report from the Quilliam Foundation, called Counter-extremism: a decade on from 7/7, former undercover police supervisor Bob Lambert recommended infiltration (or ‘entryism’) in the Muslim community. ‘Lambertism’, as it’s coined in the report, is characterised as courting ‘non-violent extremists’ in order to counter radicalisation. Lambert is an expert in these tactics. He was a senior supervisor of so-called ‘spycops‘, and a key member of the Special Demonstration Squad. In fact, during his undercover work, he had a long-term relationship with a woman, and even had a child with her.

Another issue of controversy was when Tommy Robinson (convicted fraudster and former head of the English Defence League (EDL)) left the EDL in 2013 amid claims that Quilliam had paid him thousands of pounds to do so. This apparent ‘coup’ by Quilliam was jointly announced at a press conference. Robinson now leads the UK branch of Pegida, a group which has been accused of spreading Islamophobia and demonising migrants,

All of this deceitful and controversial behaviour will no doubt continue to attract criticism for Prevent, a programme which one UN special rapporteur has already said “could end up promoting extremism, rather than countering it.”

– See other Canary articles on Prevent.

–  Stand together against Prevent.

–  Read The Quilliam Foundation is funded by Tea Party by Nafeez Ahmed.