Government to send 'Food Patriotism Inspectors' to homes, and 'out' citizens with non-British food in their fridge - Canary 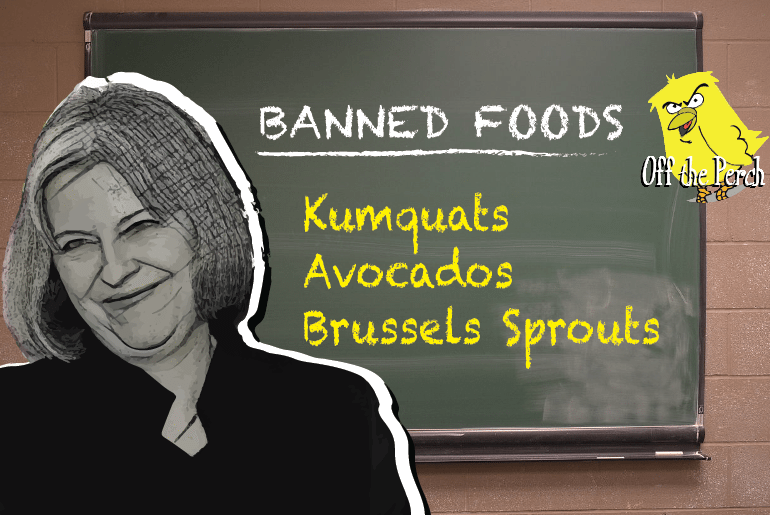 Off the Perch has been required, under a new government wheeze, to employ at least one right-wing writer. Frank Lee-Bull loves capitalism, Theresa May, and bunting.

In a bold new move to shore up British farming and food production, Prime Minister Theresa May has announced a ‘Food Patriotism Programme’. Inspectors will be making visits to every home in Britain. Citizens with non-approved produce in their fridges, pantries and cupboards will face being named and shamed on the UK Government website. There will be fines, or even jail, for persistent and serious offenders.

Private sector firm G4S won the bid to provide the inspection teams and administer the scheme. £2.5bn in government funding per year has been green-lit for the duration of the current parliament. Asked about the costs of the programme, government spokesperson Anita Grubb said:

This is exactly the sort of scheme British taxpayers are only too happy to invest in. By investing in the Food Patriotism Programme, every taxpayer will be doing their bit to protect the farmers and food producers of our great nation.

The whole economy will see a boost from cutting out the money that is currently being spent on foreign business. It’s time to make sure people are buying British.

A petition against the scheme has been launched by 38 degrees, and collected more than a million signatures in a few hours. One comment from a signatory reads:

This scheme is fantastic if all you want to eat is sausage and eggs. But where the f*ck am I supposed to get my sh*tting kumquats?

I know this will come as a shock to the quinoa-crunching liberals at the Guardian – but those of us who’ve always preferred meat, cabbage and potatoes don’t have a problem defining good British food.

Witherington-Smythe then claimed that potatoes are not native to Britain, stating that they came from Peru and Bolivia in Latin America. He also claimed cabbages were brought to Britain by the Roman conquerors. The interruption was met with derisory sniffs by journalists from The Sun, The Express and The Daily Mail.

[EDITOR’S NOTE: Frank, potatoes really do come from Peru and Bolivia, and cabbages really did come over with the Romans]

By the afternoon, an approved list of foods was published on the government website and will be sent in paper form to every British household prior to the launch in December.

From December, inspectors will begin making unannounced house calls to enforce the new rules, and those who are found to be non-compliant will be named, with a photograph, on the UK Government website. Householders who repeatedly break Food Patriotism laws will be liable for a fine, with custodial sentences for the worst offenders.

As a Food Patriot, I must say it is refreshing to have someone in Number 10 who is looking out for British farmers and food producers. The latte liberals will obviously continue to demonise anything that puts Britain first but, for the rest of us, this is a breath of fresh air. I mean, who the f*ck needs cherries anyway, right?