A classic film is given new life in a ground-breaking, serial Twitter drama [VIDEO] - Canary 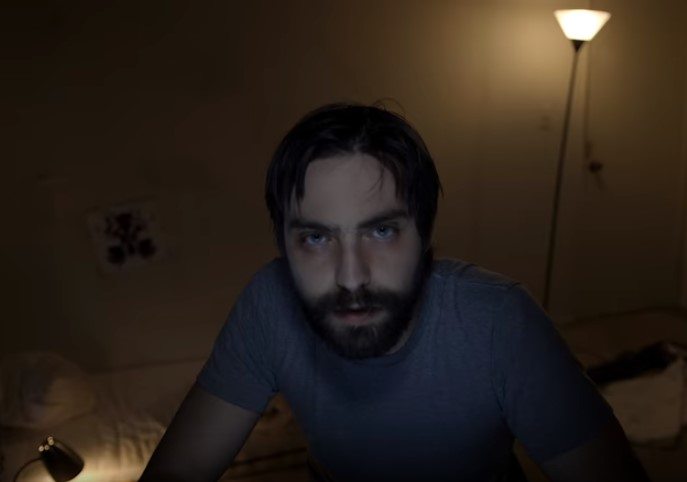 An Oscar-winning film, based on a science-fiction short story, is being given new life in a ground-breaking way. Flowers for Algernon, a short story and novel which was turned into the 1968 film Charly (starring an Oscar-winning Cliff Robertson) has been dramatised for the digital era. The story is being played out in the form of vlogs and a Twitter account over the course of October. And the man behind the project hopes it will not only raise awareness of a great story, but also of the subjects of learning difficulty and disability.

Patrick Boylan, from Chicago in the US, initially decided to do the Flowers for Algernon project after having read the book at school. The story is about Charlie Gordon, a man who works as a cleaner in a bakery. Gordon lives with what’s described as an “intellectual disability” but, after an experiment on a mouse called Algernon to increase its IQ, Gordon is offered the chance to be the first human test subject. The treatment is a success, and his IQ goes from 68 to 190. But as the story shows, having intelligence doesn’t necessarily make for a happy life, and the tragic consequences of Gordon’s transformation are played out in real time.

Boylan himself had learning difficulties at school. Speaking to The Canary, he says he can relate in some ways to the character of Gordon:

I wasn’t able to read properly. Because of that, I was shifted off to a separate room for those lessons. It was embarrassing coming back to the main class after that period. I was ostracised, made fun of, and in a very short time became the butt of every joke. Thankfully, my grandmother helped me through this part of my life. Within a year, she got me back into the regular reading class, and I grew to love reading. Though I have to say, the bullying didn’t stop until I hit junior high. I was able to reinvent myself and befriend the honors students instead of the people in my class, never really telling them about my previous learning difficulties. My grandmother was a gift to my life. I thank her every day.

It was the bullying which bears striking similarities to the story of Gordon in Flowers for Algernon. He was the butt of every joke; made fun of constantly and ridiculed for his disability, he sadly didn’t realise, and played along thinking it was just friendly joking around. As Boylan described:

Gordon thought the bullies were his best friends in the whole world and never realised how they were treating him until after the surgery. I never knew they only liked to have me around to make fun of me. I remember when I had that realisation myself. I’ll never forget it. And I absolutely identify with Charlie. Am I bitter about what happened to me? No. It makes me a fuller person. Do I use that ridicule and feeling of having little self-worth in my art? Every day.

It is this realisation of what had been happening in his former life, which is one of the many tragic twists in Flowers for Algernon. The story is played out through a series of progress reports by Gordon on how the treatment is going. As Boylan says, at first “his words are all misspelled but when he becomes a genius, his phrasing becomes almost poetic”. After being so enamoured with the reports, it was then that Boylan decided to work with the novel:

I considered memorising the whole book and telling the story of Charlie Gordon through a one-man show. But that was just too much, so I thought, for the digital age, what better genre of entertainment than what high school kids love: vlogging and tweeting. That’s what Charlie would be doing if he was asked to participate in the experiment today – writing down short notes about his progress (tweeting), and vlogging. His voice is fascinating to me.

But after re-reading the book, Boylan realised that it had to be updated. The language was archaic, especially the language used around mental health and disability. “They used the R-word back in 1959”, Boylan said, “so, to adapt it to the modern era, we used the more politically correct person first language”. It was then he decided on the phrase “intellectually disabled”. And the portrayal of Gordon as the central character is of crucial importance to Boylan. He feels that the media still doesn’t represent disabled people correctly:

I’d definitely say that characters with learning disabilities are really only used to support the protagonist’s story instead of having a full, well-rounded experience themselves. We need to put the disabled community first and tell their story. Their whole story. Not just use the characters as tropes in another character’s fuller story. The best way to overcome this hurdle is for the gatekeepers of the entertainment industry to accept and understand that a disabled main character can still be relatable to a modern, non-disabled audience. That’s key. Then we can grow from there.

As Boylan noted to The Canary, there is already some great art by, and featuring, disabled people out there. He cites The Curious Incident of the Dog in the Night as “spectacular” and “extremely relatable”. But it’s partly this drive to see disabled people take the centre stage as much as non-disabled people which led to this project. It was also a factor in Boylan’s decision to use social media as a medium:

I wanted to make a project that was easily consumable by a modern audience. Apparently, a little less than half the US population read one fictional book a year. What’s so cool about Flowers for Algernon is that it’s in real time. It’s Gordon’s journey condensed down into a month told on Twitter hour by hour. That can’t happen in a movie, TV series, or play. That’s what I love about this medium. Directly telling a story to the audience via a social media platform is a fascinating branch-off from the traditional means of entertainment – stage, film, TV, etc. Is it more impactful? Can’t say so yet. Is it more direct? Yes.

Boylan never actually wanted to get into the performing arts as a child; it was a freak accident that led him onto an acting path. He was a proficient swimmer in high school, competing at state level, and training every morning and evening. But after falling off what he called his “perch” in a tree in his backyard (“I pretended I was Spiderman”), notably because his father had told him not to and he was caught unexpectedly one night, his sister intervened in his life.

She was in the US equivalent of sixth form, and the stage manager for the school’s theatre company. She persuaded him to audition for a role in their production of the musical Pippin and he got into the chorus. Even with a broken leg, he said he was “bitten by the theatre bug”, and the rest is history.

A cruel experiment and some food for thought

Boylan is a professional actor by trade, with a role in the forthcoming feature film Guitars and Guns, and a permanent gig in a US TV drama on the horizon. But for the time being, his time is taken up being Charlie Gordon.

In Flowers for Algernon, complexities with relationships, emotions, and science are shown throughout the feed as we see him progress; his tweets become more involved, his pictures better quality, his speech more fluid. Mirroring his intellectual changes, he changes his environment from simple and sterile, to beautiful and stylish – and falls in love. But as Charlie’s intellect increases, things begin to go terribly wrong. The cruelty of the experiment soon becomes evident as Charlie’s life begins to spiral out of control.

As Boylan says of Gordon’s character:

The people who follow Charlie on Twitter get to see what happens to him on a daily basis; his daily life and struggles as the hours go by. Then when the vlogs come out at 3am BST, you get to see him and see where he’s at in his journey. See his environment, his appearance, his movement, his speech. All while telling the story of his rise to genius.

Boylan points out that he’s not a voice for people with learning difficulties/disabilities, but that he “just wanted to shed light on this section of the population”. And Boylan certainly does that. It’s fascinating, and thought-provoking, to see the character of Charlie Gordon played out via social media. It adds a curious realness that you don’t get with cinema or television, and the acting by Boylan in the vlogs is scintillating.

He says of the Flowers for Algernon story that it was “too good to pass up and let fall through the cracks” – and the same can be said for Boylan’s interpretation. Fresh, raw, and thought-provoking drama for the digital age. Well worth a follow.

– Keep up to date with Charlie Gordon’s daily vlogs.