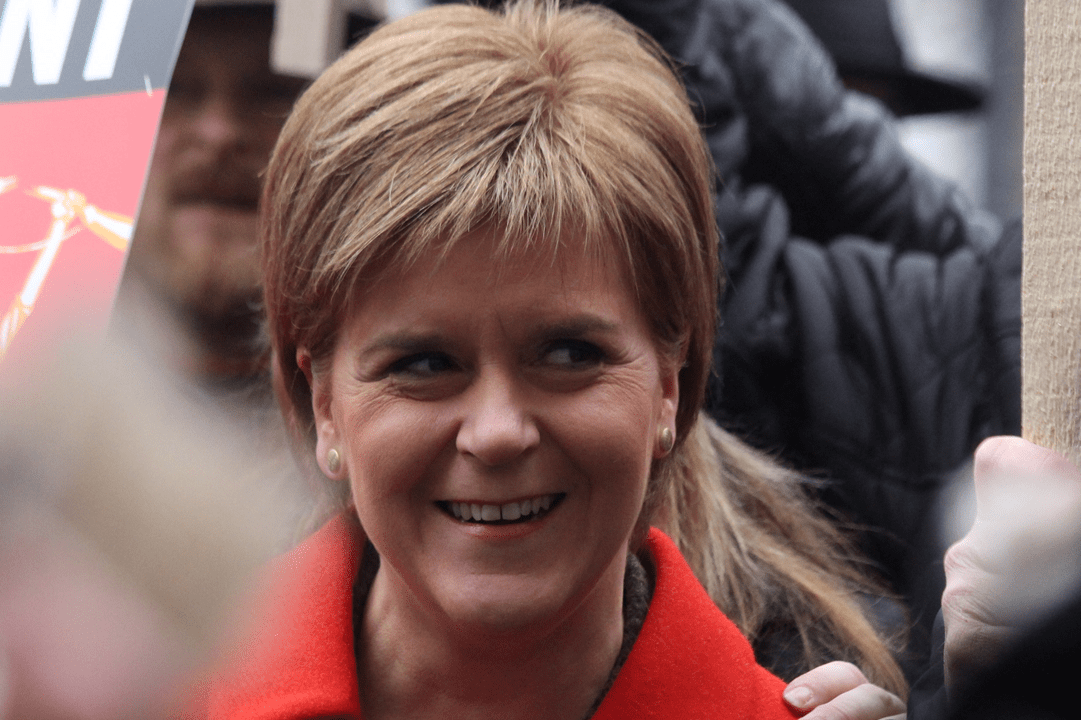 After promising to publish a draft bill on a second referendum for Scottish independence, SNP leader Nicola Sturgeon has set out how she plans to win it.

During a speech to open the SNP’s conference, Sturgeon argued that an apparently xenophobic Tory government will strengthen the position of the pro-independence camp:

So if the choice we face is an inward looking, insular Brexit Britain governed by a right-wing Tory Party obsessed with borders and blue passports at the expense of economic strength and stability… Or a progressive, outward looking internationalist Scotland, able to chart our own course and build our own security and prosperity. Then know this – that is a case we will win.

The EU referendum’s UK-wide result thrust the case of an independent Scotland back to the surface. Much like Tory governments ruling after general elections even though the Scottish didn’t vote for them, Scotland now faces leaving the EU when 62% of its people voted to Remain. The pro-independence camp wants a government directly accountable to Scottish people:

I'm not saying an independent Scottish government would *always* be perfect, but I am saying we could vote them out if they weren't.

Looking at Sturgeon’s argument, a ‘nationalist’ party calling out the Tories for being nationalist may seem hypocritical. But the SNP’s Mhairi Black, the UK’s youngest MP, anticipated such allegations in a recent column for The National:

Immediately, I know that unionists will cry hypocrisy when they see that I have labelled the Conservative Party as ‘nationalist’, so let me explain. I myself have never identified with the word ‘nationalist’ and if I am honest, the thing that irritates me most is that I am automatically labelled as such purely because I am in the SNP. I believe in independence purely for practical reasons rather than emotional ones. I want Scotland to have total control and power over its own policies, government and direction of travel. I believe the SNP is the best vehicle to achieving that goal, however, after independence, everyone’s vote is up for grabs (including my own), and that can only be considered a healthy thing.

In her speech, Sturgeon also claimed that times have changed since the first referendum in 2014:

When Scotland does come to take this decision again, whenever that might be, we must not take for granted how anyone will vote. It will be a new debate, not a rerun of 2014. We must not assume that people’s views are the same as they were two years ago.

And it would be very different indeed. The second independence ballot would have another EU referendum contained within it. The electorate could opt to remain in the union but exit from the EU. Or it could vote to remain in the EU, but exit the union.

In short, a Tory-administered Brexit combined with an ongoing right-wing regime could soon push Scotland to opt for independence.

– Read The Canary’s articles on the 2016 Conservative Party Conference.

– Support The Canary, so we can keep bringing you the new that matters.