Russell Brand exposes the cruel trick that means whoever wins the US presidency, we’re all screwed [VIDEO] - Canary 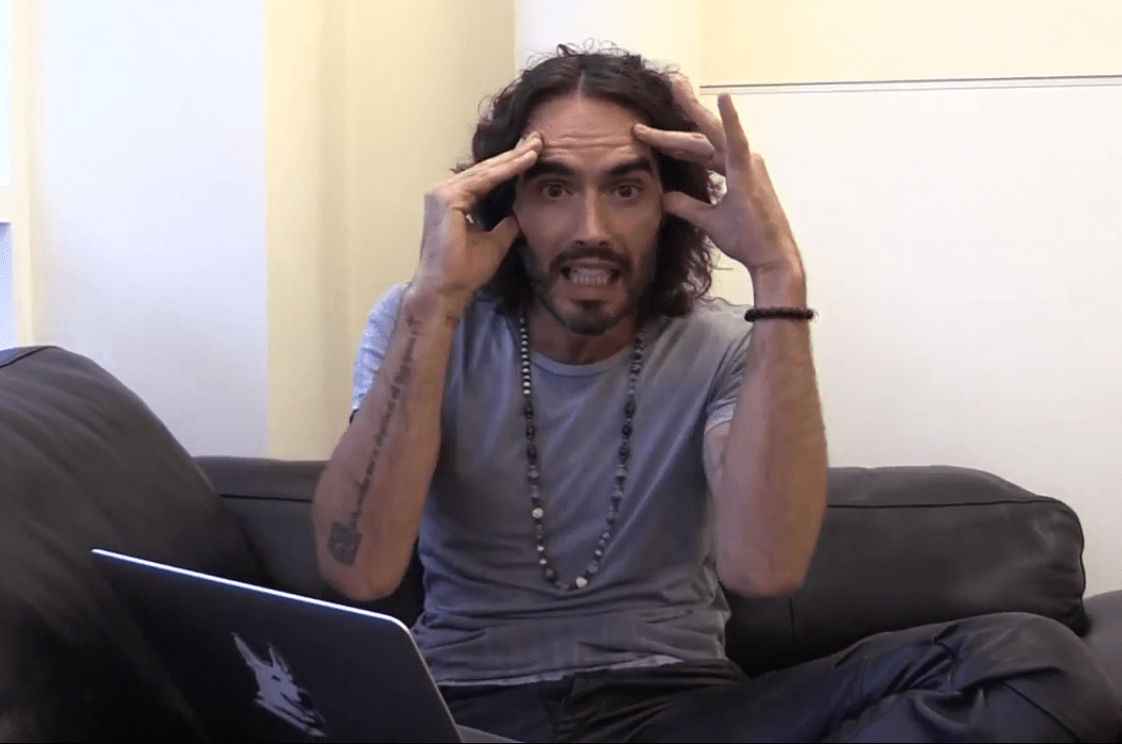 The Trews is back. Jumping back onto the political landscape, Russell Brand has exposed the cruel trick that means whoever wins the US presidential election, it’s the public who will get screwed.

After more than a year’s break, Brand focused his first new commentary episode on the recent presidential debate between Donald Trump and Hillary Clinton. To summarise, he said:

This doesn’t sound like its going to get any better as a result of either of these two people being in what is reportedly a position of power.

Brand perceives this as a choice between two candidates, neither of whom can deliver much-needed change. He used the presidential debate to reaffirm his critique of the traditional electoral process:

It’s difficult not to agree with people who say that this whole thing’s a spectacle and the machinery of power actually is concealed behind this veil.

The ‘machinery of power’

When Brand speaks of the ‘machinery of power’, he means the forces at work behind the Trump and Clinton campaigns. On the Democrat side, as noted by The Intercept, we have backing and donations from the fossil fuel industry, technology companies, for-profit colleges, pharmaceutical companies, and railway companies. For Trump, we have outright conspiracy theories that climate change is a myth. And we have donations from the largest private prison firms who run immigrant detention centres.

But the ‘machinery of power’ doesn’t stop there. All but one of the world’s biggest arms producers have donated money to Clinton. And it looks like their money won’t be wasted. Clinton is known as the “prime intellectual author” of the calamity in Libya. She also backed the war in Iraq.

I’d take out the families of terrorists.

Whichever way America votes, the winners will be powerful moneyed interests. Thus we have Brand’s scepticism about established electoral structures.

Hold on, they’re not exactly the same

Ash Sarkar of Novara Media also marvels at the similarities between the two candidates, even when it comes to discriminatory scapegoating. In the 1990s, Clinton referred to young black men as “super predators”, before adding: “we have to bring them to heel”.

But to fully conflate Trump and Clinton would be wrong, argues Sarkar:

I am not saying for one second that Clinton is as bad as Trump. I think it’s reckless in the extreme to suggest that the violence of neoliberalism and the potential bloodbath of neofascism are equivalent.

Brand uses imaginary conversations between members of the electorate to summarise how he feels about the state of Western democracy:

Don’t you think the overarching theme of American politics and politics in our country as well is to be presented with some sort of ridiculous gargoyle like Trump? So in the end you go – the other one, then. Just the other one. The other one’s not perfect you know. It’s not really going to change anything. Things are going to steadily get worse. It’s the same economic interests. I know. But we can’t just have this mad thing can we?

On Brand’s YouTube channel, fans were over the moon to a see a return of his blend of political commentary and comedy. But for many agents of progressive politics, it’s Brand’s platform that is ultimately significant. As a celebrity, he has the ability to reach sections of the public that normally keep their distance from political discussions.

This time, a reinvigorated Brand called out the farce that is the presidential race; a choice between the comparatively ‘safe-bet’ of a neoliberal war-hawk, or the unpredictable embodiment of the very worst human traits one can think of.

– See other Canary articles about Hillary Clinton and Donald Trump.