A viral letter urges Lego to stop funding hate, and it might just work - Canary 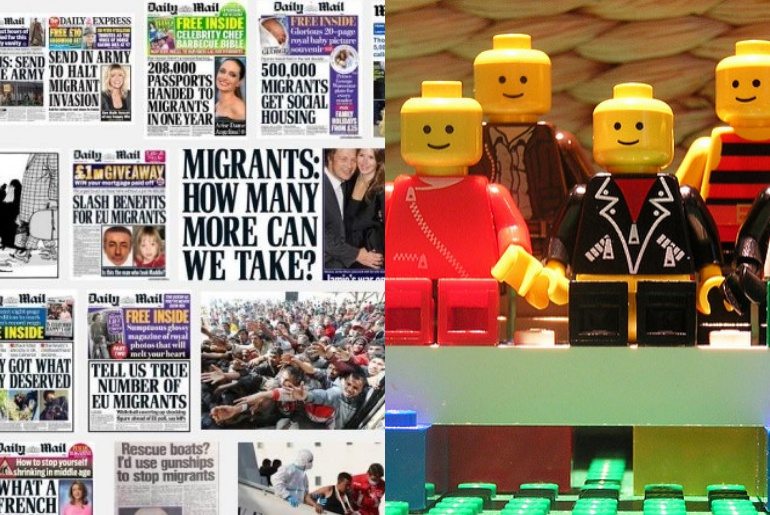 A letter to Lego asking the company to stop offering promotions in The Daily Mail is going viral. Currently, Lego regularly offers free polybags with Lego kits to readers with a voucher that is redeemable in major retailers.

Written by Bob Jones, the letter has been shared nearly 12,000 times, and aims to get Lego to join the campaign to Stop Funding Hate in the tabloid press.

Jones began by explaining how much his son loves Lego:

I love Lego. My 6 year old son loves Lego. He inherited all of mine three years ago and his collection has multiplied many times since. We spend time going to Brickies, our local Lego club. All he wants for Christmas is Lego, and we’re even taking him to Windsor for a stay in the Lego hotel at Christmas.

He then explained the problem:

For a few years now you have done free giveaways in the Daily Mail newspaper. And while holding back that wretching feeling, I’ve paid for a copy to get the free Lego pack. (And then promptly binned the paper) The poly bag packs usually end up as part of my sons advent calendar. Which he loves. But I’m afraid to say I can no longer do it.

And why he can no longer be part of it:

But lately their headlines have gone beyond offering a right wing opinion. Headlines that do nothing but create distrust of foreigners, blame immigrants for everything, and as of yesterday are now having a go at top judges in the U.K. for being gay while making a legal judgment. Their stories have gone a little too far. (A lot too far).

Finally, he had a message for Lego:

Your links to the Daily Mail are wrong. And a company like yours shouldn’t be supporting them. And as crap as I feel telling my son he can’t have the free Lego kit that he sees on the front of the paper in the store, I have explained to him that the paper it is attached to is the sort of paper that tells lies about people, like some of his friends from school. Even my six year old understands that what they print is wrong.

Lego responded to the letter by telling Jones that “children are our most important concern” and that:

We continuingly evaluate and develop our partnerships and approach to those, in order to ensure that we are present on the best possible platforms for reaching children and parents, and that we provide a seamless, high-quality brand experience through all the channels on which we are present.

Jones stated that he was “disappointed” by the response and that:

Your giveaways undoubtedly help increase circulation of the Daily Mail. Therefore indirectly, your company helps spread its message. That is the link people make, and this is what they acknowledge. Not that some children are getting the chance to play with Lego.

Will Lego back down?

There’s a chance this campaign could work, given that Lego previously backed down over its corporate sponsorship in a deal with Shell worth £68m. In 2014, following a campaign by Greenpeace, Lego announced it would not be continuing its contract with Shell.

Clearly Shell is trying to piggy back on the credibility of other brands. It’s a good PR strategy if you can get away with it. But as we’ve shown, if you can’t get away with it, that social licence is taken away. It does damage them a lot.

The campaign to Stop Funding Hate started earlier this year. Its aim is to tackle hate and racism in the tabloid press by hitting them where it hurts – their advertising revenue.

Other companies such as Costa Coffee, Waitrose, Virgin, and the Co-op have also been targeted for their adverts. And with its video currently having been viewed by over 6 million people, the campaign looks set to grow.

Meanwhile, the Phone Co-Op has become the first company to state it will not advertise with the targeted papers.

As the Greenpeace campaign shows, it is possible to make major brands change their minds over corporate sponsorship and advertising. We owe it to our children to make sure such an iconic toy is not associated with hate.

So let’s hope that, with enough pressure, Lego will end this toxic relationship.

– Let Lego know how you feel about its promotions.

– Get involved in grassroots action against racism.